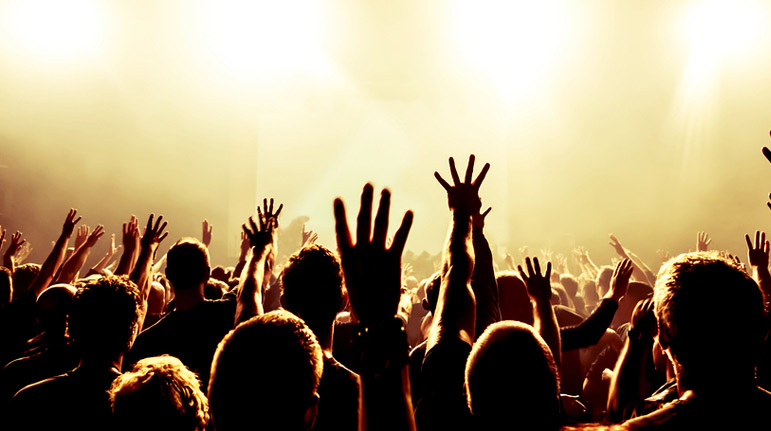 The Neshama and the Ape

“Yisro, the minister of Midian, the father-in-law of Moshe, heard all that G-d did to Moshe and to Yisrael, His people — that HASHEM took Yisrael out of Egypt.” — Shemos 18:1

The Ramban explains that one time in the course of history, HASHEM demonstrated that He alone created, maintains and orchestrates all of physicality. When taking Klal Yisrael out of Mitzrayim, He showed the world His might and His control over every facet of nature.

The Torah tells us that Yisro heard about the wonders that HASHEM had done, and he joined the Jewish people. Rashi explains that while Yisro heard about all of the miracles, the two that actually moved him were the splitting of the sea and the war with Amalek. The others were impressive, but these alone actually affected him.

This Rashi is difficult to understand. How can those two events even be mentioned in the same breath? Keriyas Yam Suf was the greatest miracle ever revealed to man. The war with Amalek may have been a miracle, but it was nowhere near as stupendous. At the time of the battle, the Jewish people numbered six hundred thousand men between twenty and sixty years of age. They weren’t soldiers — they were born slaves — but they were armed and fighting for their lives. Many a small band of people fighting for their existence have beaten powerful armies. Of all the miracles, why should this be part of what moved Yisro?

The answer to this question is based on understanding one of the most difficult dilemmas in Creation: free will. To give man credit for making himself into what he is, HASHEM gave him the ability to choose good or bad, right or wrong. By making the difficult choices presented to him, he is considered the one who shaped himself and, forever, he can enjoy the rewards of his labor.

However, here is the problem: Man has wisdom that is greater than the malachim. Man understands that he was put into this world for a few short years, given a mission to accomplish, and when he leaves this thing called life, forever he will be exactly what he shaped himself into. Every mitzvah is designed to help him grow, and every sin damages him. The stakes are very high, the risks and rewards are great — and he understands that. He is fully aware that who he will be for eternity is in his own hands.

Blurring the consciousness of man

To allow for practical free will, HASHEM added another dimension to man to blur his consciousness.

To help understand this feature, let’s imagine that you are watching Shmeil, a young yeshivah bachur. It’s Purim, and he is drunk. You see Shmeil walking into the middle of a busy street. You grab him by the arm and say, “Shmeil! What are you doing?”

“Whad am I doinnn? I’m playing, playing with the pretty cars.”

“Shmeil! You are going to get hit by one of those cars!”

“Shmeil! Don’t you understand? If a car hits you are going to be in the hospital!”

“Yeah, break those bones. Crack. Crack. Splatter goes me. Hee, hee, hee. And then… and then, they take me to the hospital. Hee. hee. hee. All those nice doctors with the white coats. Maybe they can put some pins in my legs that set off the metal detectors in airport. Ding. Ding. Ding. Hee hee hee.”

What you are watching is a great disconnect. Part of Shmeil gets it. He understands that playing in traffic is dangerous, but in his current state, the danger doesn’t register; he can’t see the consequences. His normally sharp intellect is dulled, and he is capable of making choices that are quite unwise.

The neshamah and the ape

In a similar sense, HASHEM blurred our understanding, not by making us drunk, but by putting us into a body. This body isn’t simply a physical entity; it has its own desires, hungers, and appetites — all of the drives and instincts needed to keep it alive. By taking the brilliant part of man and inserting into it a physical entity, HASHEM has effectively blurred our vision. The “I” who thinks and feels now has another dimension. Part brilliant and wise, part instinct and appetite, the darkness of physicality blinds my mind from seeing consequences and truth.

Now man has free will. Now man can just as easily choose bad over good because his inner sight, his wisdom, is blurred. Much like the drunk yeshivah bachur, he can’t see the consequences and doesn’t relate to the danger.

The physical part of us affects every decision that we make. As an example, imagine for a moment that Eliyahu HaNavi said to you: Klal Yisrael has sinned, and some retribution must be meted out. Either you will break your arm, and for six months you will be in pain, or an earthquake will strike Yerushalayim, and a hundred thousand Jews will die. It’s your choice.

Of course you scream out, “Break my arm, in three places! Go ahead!” And while that may be what you say, it is important to recognize that there were two voices in your mind. Part of you said, “Of course, I would rather suffer than have that calamity occur,” but another part of you said, “What? Break my arm? I need my arm! You can’t break it. What do I care if other people die?”

This concept is essential for making sense of our lives. As but one example of many, it helps us understand how we can daven with real kavanah, fully relating to the fact that HASHEM controls everything in our lives, and then thirty minutes later leave to work, and poof! — HASHEM is gone. I am back in charge; my wisdom, my skills are what determine my success. Part of me gets it, and part of me doesn’t. Part of me understands that HASHEM is always present, and part of me walks completely alone.

This seems to be the answer to Yisro. He saw two miracles. One was very lofty, a G-d like miracle, and the other was very mundane, something that spoke directly to his nefesh ha-behami, his animal soul. When he heard about the splitting of the sea, that is G-d type of stuff. Hurricanes, typhoons, droughts — those are the things that G-d controls. But when it came to the war — this was war, and war is concrete, here and now. And there was a part of him that was very powerfully moved by the danger, the realness of the moment. “Wow, G-d saved you from that!” Even though it paled in comparison to the splitting of the sea, it spoke directly to the animal soul of Yisro, and he was moved.

By being aware of our inner makeup and understanding the different forces that play out in our personality, we are able to better accomplish our mission in life. The key is to allow that wise part of me, the brilliant neshamah, to control my physical side so I can reach the greatness that all humans are destined for.