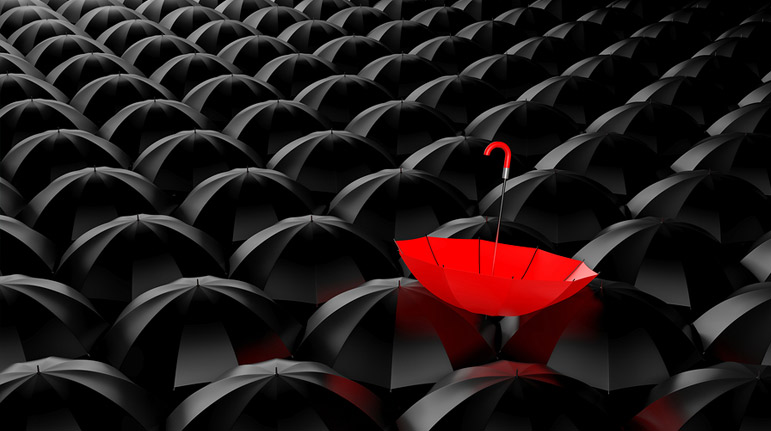 Be Brave, Be Bold

“There never will be a prophet like Moshe again… and all that he did in clear sight of all of Israel.” — Devarim 34:12

In these, the very last posukim of the Torah, HASHEM recounts the greatness of Moshe Rabbeinu.

Rashi teaches that “all he did in clear sight of Israel” refers to the breaking of the luchos. When Moshe came down from Har Sinai, he saw the Jewish people serving the Golden Calf. He took the luchos and in front of the entire nation, smashed them against the rocks. Afterwards HASHEM said to Moshe, “Yasher koach. You did well.”

This shows that the decision to break the luchos was Moshe’s. Only after he broke them did HASHEM say, “Yasher koach,” showing that Moshe made the right judgment call. The fact that he made this decision on his own illustrates his stature.

This Rashi is difficult to understand. While it shows us how bold Moshe Rabbeinu was, it also begs the question: what right did he have to break the luchos? The luchos weren’t his property; they belonged to HASHEM. Moshe was sent as an emissary to bring them to the Jewish nation. If Moshe saw that the Jewish people weren’t worthy of receiving them, then he should have gone back to their owner and asked Him what He would like done with them.

What makes this question even more difficult is that the luchos were among the holiest objects ever created. Even the broken pieces were kept in the Aron and carried around by Jewish people for generations. Destroying them was far worse than burning a sefer Torah or even than torching a shul! For Moshe to go ahead and break them seems completely inappropriate. Yet not only did Moshe do this, the Torah holds it up as an example of his greatness.

The answer to this question lies in understanding man’s role in the world. When HASHEM formed man, He gave him the keys to Creation. As the Medrash tells us, HASHEM said to Adam, “This is your world now. You are in charge of it; take good care that you don’t destroy it.”

Be bold; be brave

Moshe understood his role as the leader of the Jewish people, and he understood that there are situations that call for bold decisions. He felt that the Jewish nation needed to recognize the gravity of what they had done. To understand the extent of their sin, they needed a clear visual message – almost shock therapy. Nothing would be as vivid as watching this most holy object being destroyed. So Moshe acted upon this. He didn’t hesitate. He didn’t debate. He didn’t ask HASHEM, “Do You think this is a good idea?” He was the man on the scene, given the position of leadership, and as leader, he felt it was his responsibility to teach the nation. This was the lesson that they needed to hear. So what was the question? Do it.

This is an especially powerful point because the Torah calls Moshe the most humble man who ever lived. Typically, when we think of a humble person, we think of someone who is meek and indecisive, not a man who is bold and brave. Yet this most humble man acted with such power and conviction that it almost sounds contradictory to the concept of humility.

The reason for this paradox is that in regards to self-image, the majority of the world finds themselves on polar opposite positions. Either a person feels that he is lacking, unaccomplished and insignificant, and so spends his life trying to compensate for that sense of inadequacy, or he finds himself self-inflating. “I am important, significant, mighty, and great.” That person spends so much energy and effort maintaining this bloated sense of self that he has to huff and puff to keep this larger than life image filled with hot air. Both extremes are inaccurate.

A balanced sense of self can be better understood with a moshol. Imagine that you walk past a construction site and in the center you see a large crane. This crane is picking up huge amounts of material with every scoop – enormous rocks, huge piles of dirt. Inside the cab sits Joe, the crane operator. You look at Joe and you can’t help but notice that he is terribly overweight; his paunch sticks out far past his belt. Then you observe that Joe is a serious chain smoker, taking cigarette after cigarette without a break.

You walk over to Joe and remark innocently, “Joe, you really should watch your health. Maybe join the gym and work out. Get into shape.” Joe turns to you incredulously and says, “Me work out?! Can’t you see what I do for a living? All I do is lift heavy loads – thousands of pounds, moving, moving, moving. I don’t need to work out – that’s what I do all day.”

You look at Joe and say, “Joe, that isn’t you who is lifting. The crane is lifting! You’re the little guy inside manipulating the levers.”

This is an apt parable to the human. HASHEM formed the human being – the pinnacle of all Creation. Man is the reason for everything in existence and center of it all. And the human was invested with fantastic powers. He can think; he can do; he can accomplish. He has a mind that is insightful, creative, intuitive, and brilliant. Every human should feel an overwhelming sense of pride because he is the center of the universe.

But this pride is tempered with the understanding that “I am the guy inside the crane.” I was put into this body. I didn’t make the brain. I don’t know much about weaving neurons or stretching skin. I am the little guy inside who moves the levers so that powerful things happen.

So am I great or am I tiny? The answer is both. The crane that I operate is a human being. As such, it can accomplish worlds. It is mighty, powerful and influential; it was created in the image of HASHEM and is worthy of great respect. At the same time, I am the little guy who sits inside. I am Joe, the crane operator. I move the levers, and this powerful creation moves, does, and accomplishes. The crane is huge, but I am little.

Moshe Rabbeinu fully understood this, and as such, was fantastically humble. Yet he understood his role and influence. When it was time to act, he was bold because he understood the greatness of his position in the world. Yet he remained ever modest.

This balanced perspective allows us to understand our inner greatness while maintaining our sense of humility, remembering that while it may have been worthy to create the entire cosmos for me alone, I am but a creation and servant of HASHEM.