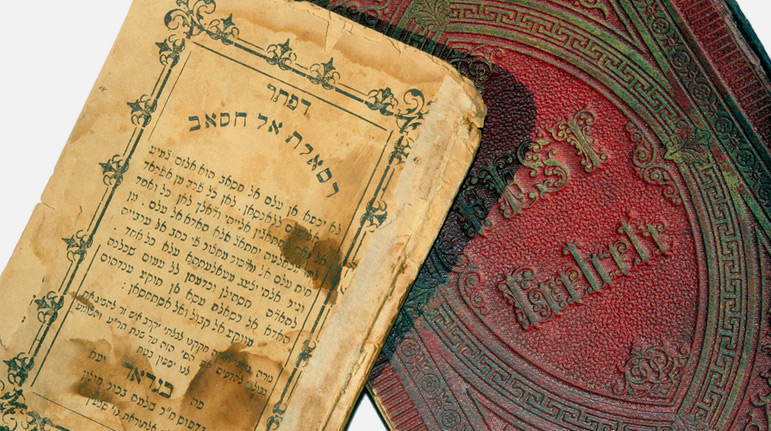 With A Small Aleph

“And HASHEM called to Moshe, and HASHEM spoke to him from the Ohel Moed saying. . .” – Vayikrah 1:1

Sefer VaYikrah opens with the expression, “And HASHEM called to Moshe.” The word Vayikrah (called) is written with a small aleph.

The Baal Ha’Turim explains that this was because of Moshe Rabbeinu’s extreme humility. HASHEM told him to write the word Vayikrah with an aleph. That implies that HASHEM called Moshe to come forward for an audience. Moshe felt that was too much honor. He wanted it to appear as if it were more of a random occurrence. When HASHEM spoke to Bilaam, the Torah used the expression “Vayikar” – it occurred,  ” to mean that is wasn’t a formal audience, just a chance happening. So Moshe requested to write the word here that way without the aleph. HASHEM told him not to do that, but to write the word out fully. Out of his extreme humility, Moshe said he would only write it with a small aleph to somehow keep the connotation that it wasn’t a formal invitation.

When we focus on this discussion, we see a beautiful illustration of humility — with a bit of a twist. HASHEM called out to Moshe and spoke to him in a manner different than to any other person. HASHEM specifically told Moshe to write that in the Torah. After all, it was true, and it was important for the Jewish People to recognize the greatness of their leader. Moshe felt that while everyone might already have known it, to have it recorded that way for generations was just too much kavod, so he asked to have it stricken from the record.

HASHEM told him no, it must remain. So out of deference to HASHEM Moshe wrote it, but not in its full form, only with a small aleph. Moshe ran from the kavod, a very impressive show of humility.

Yet if we think about this discussion, it doesn’t sound humble at all. HASHEM was giving Moshe directions for writing the Torah, the very blueprint for Creation. HASHEM instructed Moshe to write the word “Vayikrah” with a large aleph. Moshe said no. HASHEM insisted. Moshe still said no. Finally Moshe compromised, “All right, I will write it, but my way — small.” This doesn’t sound very obedient, and certainly not humble! It sounds audacious. An unassuming man would listen to the Creator of the Heavens and the earth and do as he was told.

The greatness of man and the value of humility

The answer to this can be found by understanding the balance between the greatness of man and humility. To do this, let’s begin with a Moshol.

Imagine that you are passing a commercial construction site where you see a large crane digging out a foundation. The crane lifts up loads of dirt, rocks, rubble — moving tons of earth with each scoop. Operating the crane is Joe. Joe is  overweight and a chain smoker. Another worker approaches Joe and says, “Joe, look at you! 80 lbs overweight, smoking two packs of cigarettes a day. You must do something about your health. Go the gym, work out, and get in shape.”

Joe turns back to his coworker and says, “Me work out? What do you think I do all day long? I lift heavy loads, tons and tons of dirt from one side of the site to the other.”

“Joe, that isn’t you lifting the dirt. It’s the crane. You’re just the guy pulling the levers. The crane is doing the heavy lifting!” exclaims the coworker.

This is an apt parable to man. I occupy a body. This body has a mind that is brilliant and a mouth that is articulate. It was created in the image of HASHEM. Look at what it can accomplish; look what it can do. It is deserving of extraordinary honor. I — am the occupant of this body. I am the little guy inside who pulls the levers.

So am I deserving of honor? The body that I occupy sure is; just look at what it can do. But I am that little guy inside — small, insignificant, unimportant.

Both realities are correct. Both can coexist as long as I understand that I didn’t create me; HASHEM did. HASHEM may have put me into a position of power and greatness, but it has nothing to do with me. While I temporarily hold that position, I must act with due deference to my station in life. However, I am neither the creator of it, nor will I occupy it forever. This is the balance between the extraordinary greatness of man and a healthy dose of humility.

The most humble of all men

The only human who reached a true understanding of this dichotomy was Moshe Rabbeinu. The Torah tells us that “The man, Moshe, was very humble, more so than any other person on the face of the earth” (Bamidbar 12:3). Yet Moshe knew his worth. He was completely cognizant of his position and his power. HASHEM said to write the word “Vayikrah” with an aleph, but Moshe didn’t want to. HASHEM told him to do it anyway, and still Moshe felt that it wasn’t proper, so he stood up to HASHEM himself, and said, “You put me in this position, and You authorized me to be a factor in defining the transmission of Torah. I am exercising that right You have given me. I am going to write it — but it will be small.”

This is a fabulous illustration of towering humility balanced with a courage and fortitude that comes from knowing one’s position.

This perception is very applicable in our times. Most people struggle with either a poor self image or an inflated sense of self. Either that inner voice says, “I am worthless. What can I accomplish anyway? How much can be expected of me” or it speaks out, “Do you know who I am? Do you know how great I am? Do you know how weighty, mighty and significant I am?”

Both of these extremes are false. The correct understanding is that HASHEM created me and put me into a position where I can shape worlds. Born into this thing called a human body, I have extraordinary potential and capacities. It was worthy of creating all of the cosmos for me alone. And at the same time, I am but that little guy inside. I am the crane operator.

Understanding this balance allows us to recognize our significance and at the same time remain grounded. I was created in the image of HASHEM, but at the end of the day I am but a creation — and HASHEM is my Creator.