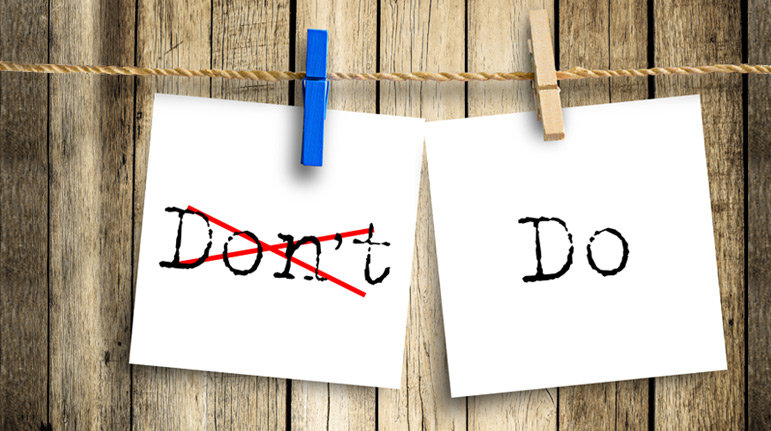 “You shall salt your every meal-offering with salt; you may not discontinue the salt of your G-d’s covenant from upon your meal-offering — on all your offerings shall you offer salt.” — Vayikrah 2:13

The Da’as Zekeinim explains that the reason every korban must be brought with salt is to remind us that just as salt is a preservative that allows food to last longer, so too the sacrifices are permanently ours to cleanse us from our sins.

He then explains why this concept is crucial. If a man sins and gains atonement from that sin, he is clean and will then be guarded against committing the sin again. However, if he couldn’t become purified, once he sinned, he would repeat the act over and over again. It can be compared to a man with a beautiful white garment. When he first puts it on, he is careful to maintain its pristine condition. Once his garment becomes soiled, however, he is no longer careful about avoiding additional stains. So, too, if a man sinned and that sin remained with him, he will continue committing that sin over and over again. This is the concept that, “Once a man sins, the sin becomes ‘permitted’ to him.” That is why the Torah gave us the process of teshuvah.

The sin is permitted

This Da’as Zekeinim seems to be mixing up two divergent concepts. The first is “na’aseis lo keheter” — once a man sins, the act becomes “permitted.” We commonly refer to this as rationalization: the ability to distort reality and actually believe it, the uncanny capacity to take something that is forbidden and with a flow of imagination create a credible, “rational lie” that is good enough for me to convince myself that the act is really not taboo.

But this has no connection to the parable of a man with a clean garment. That is a natural tendency. If my garment is clean, then I will be guarded about maintaining its beauty. If it is soiled, I will not be as careful. What connection does that have to rationalization? Rationalization is a completely different concept. It takes a sin and washes it in a coat of white paint so that in my mind’s eye, the forbidden becomes permitted. If the sin becomes permitted, then even if my cloak were cleaned from the sin, I would still revisit it since it is, after all, permitted.

The answer to this question is based on a deeper understanding of rationalization.

One of the most difficult parts in all of Creation is how HASHEM fashioned man with free will. Free will means the equal ability to choose good or evil. That should be impossible. How do you take man, whose wisdom is greater than the malachim (angels), and give him free will? Since every mitzvah allows him to grow and every sin damages him, not only should man never sin, he should never even be tempted to sin. Would an intelligent being willfully do something that is self-destructive?

To allow for free will, HASHEM implanted into the human a power called imagination. This power allows man to create fanciful scenes and imaginative events and experience them as if they were real. It allows man to convince himself of whatever he wishes. As a result, there is no objective truth. There is no standard of measure because man at his whim can create entire theories and systems of logic to justify what he wants — and actually believe them. Now, man can just as easily do what is right as what is wrong… because he can convince himself that it is right. If he desires something, it is no longer a sin. It is no longer damaging to his soul. In fact, it is a mitzvah. Now, man has practical free will.

This mechanism is the common form of rationalization — taking a forbidden action and making it permitted. But it seems that the Da’as Zekeinim is teaching us that there is yet another method, one that is far subtler.

This second form only begins after the sin, after I find myself having done something that I never thought I would. I wake up and say, “What came over me?” And then starts the guilt — that voice inside, my holy neshamah, gnawing deep within me. And it speaks: “How could you? What’s wrong with you? I’m ashamed of you.” Living with that guilt is very difficult. The easy way out is to make the act permitted — but I’m too smart for that. I know it’s forbidden. If you were to ask me about it, I could quote you chapter and verse what’s wrong with it and how wrong it is. So now what?

That’s when the second form of rationalization kicks in: “Look, I’m not saying it’s permitted. I’m certainly not saying it’s a mitzvah — but it’s just one of those things that I do. Some Jews wait three hours after meat, some put on their tefillin sitting down, and I eat non-kosher gum. I’m not saying it’s right, but I do it. But I’m not living in a fantasy world. I know that it’s a sin, but for me, for where I’m coming from, after what I’ve been through — it’s well… you have to understand… it’s okay.”

And this is the second form of rationalization, where what I create is this fanciful state: that for people like me, in my situation, it’s understandable; it’s okay.

The process of teshuvah

The Torah gave us the process of teshuvah to allow us to change. By getting rid of the sin, I become cleansed. My cloak becomes clean and white again, and the act returns to the realm of something that I don’t do. I never would — it would dirty me, it would sully me, and it’s not the kind of thing that I do. Now I can properly separate myself from the sin and put it back into the category of things that a person like me just doesn’t do.

This concept is very significant because the most difficult challenge we humans face is change. Growth requires a huge amount of effort, willpower, and motivation. However, it also requires much wisdom. Only when a person understands the inner workings of his own psyche and the subtlety of how his mind functions can he take on the gargantuan task of self-mastery.