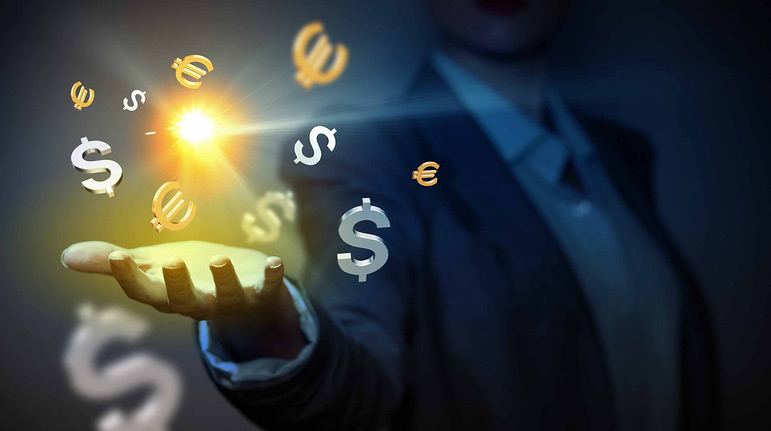 By What Currency do you Measure Success

“And they related to him all the words of Yosef that he had spoken to them, and he saw the wagons that Yosef had sent to transport him, then the spirit of their father Yaakov was revived.” — Bereishis 45: 27

For twenty-two years, Yaakov Avinu was in a state of mourning. His beloved son, the one who most closely followed in his ways, the one whom he envisioned as the leader of the next generation, had been taken from him — and the boy was still a youth. For all those years, Yaakov was inconsolable. Now the brothers had come back with the news: “Yosef is still alive!” At first Yaakov could not believe it — it just couldn’t be. The brothers convinced him that it was true by showing him the wagons that Yosef had sent.

Rashi explains that the wagons were a code. The last sugyah (Torah topic) that Yosef had been learning with his father was eglah arufah, a calf that is killed for atonement. The Hebrew word egel, or calf, is similar to eglah, which means wagon. Yosef was using a play on words to refer back to the last topic that they discussed in their Torah studies. Once Yaakov saw the wagons, his mind was reminded of their last Torah discussion, and he knew that Yosef was alive. “No one else could have known this. It’s a clear sign that it’s Yosef. He is still alive!”

The problem with this Rashi is that it is difficult to imagine that Yosef would expect his father to vividly recall a conversation that they had had twenty-two years earlier. Even if Yosef had sent back a clear message, it would be difficult to imagine that Yaakov would remember a conversation that far back. But that isn’t what Yosef did. He sent the wagons as a cryptic hint. Why did Yosef assume that his father would recall their conversation from that? And how, in fact, did Yaakov make the connection?

The answer to this question lies in understanding the significance of certain events.

Where were you when Kennedy died?

Each generation has its defining moments. If you ask people who grew up in America in the 1960’s where they were when Kennedy was shot, many will be able to describe not only where they were standing when they heard the news, but even the details of the wallpaper of the room they were in.

In more recent times, if you ask someone, “Where were you on 9/11?” many people will vividly recall the exact part of the office they were standing in and who they were talking to when they heard about the Twin Towers going down. The same person who can’t remember what he had for breakfast this morning can clearly recall an event that happened years ago.

Certain events make an indelible impression upon us. Because of their significance and deep meaning, they become permanently etched into our minds. If we didn’t understand the implications of the moment, or if we didn’t view them as monumental, they would pass as just another one of the millions of events that we live through. But because we see these events as world-changing, as moments in history, they become part of us forever.

This seems to be the answer to this Rashi. The Avos (forefathers) lived with a very different value system than we do. To them, their words of Torah and novel understandings of it were earth-shattering. Because they understood the value of Torah and the change that it brought to them and to the world they lived in, they recognized learning as one of the most significant activities a human can ever engage in. And so, they lived those Torah discussions as epic moments in time.

For that reason, the sugyah that Yaakov and Yosef last discussed was ever-present in Yaakov’s mind. It wasn’t just another detail in his day; it was a defining moment. That is why Yosef took it as a given that one of the first things that his father would think about when recalling him was their last Torah discussion, and therefore, the play on words would not be distant from his mind.

One of the secrets to the Avos’ success was their clarity in values. They knew what was truly precious and how valuable it was. This is very different than what we typically experience. Most people we meet spend their lives with ever changing priorities; that which was so important at one stage becomes insignificant and irrelevant at another.

To a young boy growing up in America, sports are king. That’s what really counts in his world. But it doesn’t last. It is soon replaced by friends and being popular.  As he matures, grades and what college he gets into become the measure of success. Within a short while, his career and making money are all that really matter. This phase passes as well, and then he finds himself willing to trade away huge amounts of his wealth to build his reputation. As he nears retirement, his health and then his future nursing home become his primary concern. Throughout his existence, that which was precious and coveted at one point becomes devalued and traded away as new priorities take over. The currency is constantly changing. And so, while at each stage of life he may have done well, in the totality of what he has accomplished, it may not be much. Since he lived with an ever-changing system of values, he likely has not come even close to achieving his potential.

This concept applies to all of us. When we are done our job here, we will leave this earth, and we will view things from a very different perspective. Our currency then will be profoundly different than it is now. The amount of money that we had, the honor that we received, and even our place in the community, just won’t matter to us. And we will then look back and realize that had we been focused on true values, we could have accomplished so much more and we could have become so much greater.

The Avos lived their lives with Olam HaBa (The World to Come) firmly in front of them. This clarity shaped the value system that motivated them in everything they did. We need to use them as a model so that we can learn to measure our accomplishments in a currency of eternal value.