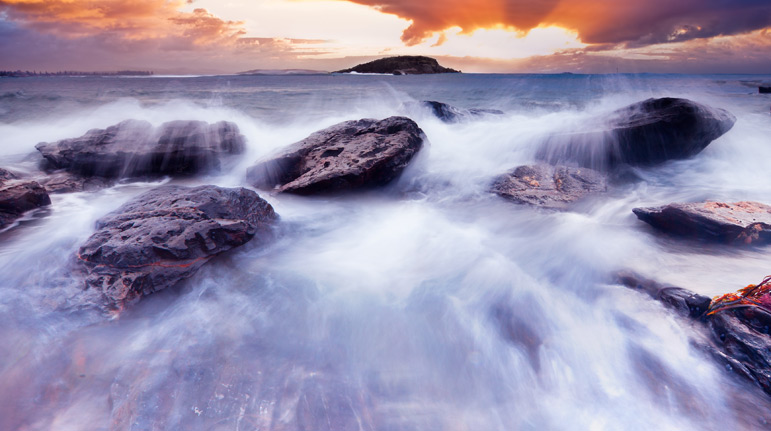 And Yaakov lived in the lands in which his father sojourned, the land of Canaan. Bereishis 37: 1

Rashi continues with a Moshol to help explain this concept. Imagine a man has lost a precious stone in the sand. He takes a sieve and begins combing through the sand to find it. The sieve picks up many small rocks along with the gem that he is searching for. Once he finds the gem, he takes it out and throws the rocks away.

The purpose of a Moshol

This Rashi becomes difficult to understand when we focus on the purpose of a Moshol. Chazal use parables to help bridge a gap. When we are dealing with concepts that are outside our frame of reference, our sages often use examples and metaphors to bring difficult ideas into terms that we can understand. For instance, if you were given the task to describe the color purple to a color blind person, how would you portray it? Well, it isn’t blue and it’s not red… The problem is that since this person sees all colors in the grey spectrum, neither point of reference has any meaning. So you might revert to a moshol. Imagine that sounds have color. Then a cello would be a woody brown, and a flute would be a light yellow. In the mid-range would be a saxophone,  and that’s purple. The purpose of the moshol is to capture the essence of a distant concept and bring it closer.

Why does Rashi feel we need a Moshol to understand this concept? It seems rather straightforward. Aysav wasn’t important, so the Torah told over his life quickly, whereas Yaakov and what he accomplished are significant, so the Torah went into the details. That seems like an elementary concept, not one that needs repeating or a Moshol to help clarify it.

The value of a person

The answer to this question is that Rashi is explaining a concept that isn’t obvious at all, namely the true value of a person. If you were to ask a chemist the value of a human being, he might say, “Well, let’s see . . . So much potassium… so much magnesium… I would estimate his value at about 60 cents.” That would be accurate in one dimension. If we were measuring the value of a human from the perspective of the chemicals that make up his body, we would find him rather inexpensive. However, from a different perspective, the human is the most precious entity on the face of the planet – something so precious that it was worthwhile to create an entire cosmos for just one person.

The difference in the value systems manifests itself in the way a person lives his life. If a person leads his life like any other occupant of this planet, as just another member of the animal kingdom, then he has the value of whatever his physical being represents – a couple of pounds of rotting meat. However, if a person recognizes the reason that HASHEM put us on the planet and leads the life of a great person, then his value is incalculable.

That is what Rashi seems to be telling us. If the Torah only mentioned Aysav quickly and then elaborated about the life of Yaakov, you would never quite understand the difference in their values. Let me give you a Moshol: When a man is looking for a pearl in the sand and he picks up some rocks along with it, they are utterly, totally and completely valueless to him. He throws them back down. The Torah is using this Moshol to give us the perspective of the stark difference in value. It wasn’t that Aysav wasn’t as important as Yaakov – he was valueless, something to be discarded. He was a rock. When he left this planet, that is all that was left – the body to decay into the ground.

This concept is very relevant to us because we tend to get very busy at this thing called life. Working, doing, going, taking care of this, taking care of that … But a person has to ask himself, “What is it that I am so busy with? Granted I have to make a living, agreed that I must take care of many basic physical needs, but has that taken over the focus of my life? Do I spend so much time focused on the mundane issues of survival that it has become the epicenter of my existence? If it does, then I am no different than a beast of burden — I am a rock.”

Two men can look identical; yet the difference between them can be the distance from the heavens to the earth. If a person follows his natural tendencies, he may well have wasted the greatest opportunity of his life, and at the end of it all, he will have nothing to show for all of his efforts. Whereas, if a person invests his energies in those values that the Torah teaches us, then he at his very essence becomes more precious than anything that we can imagine, and for eternity he will enjoy those phenomenal accomplishments. The entire world was worth creating for him alone.