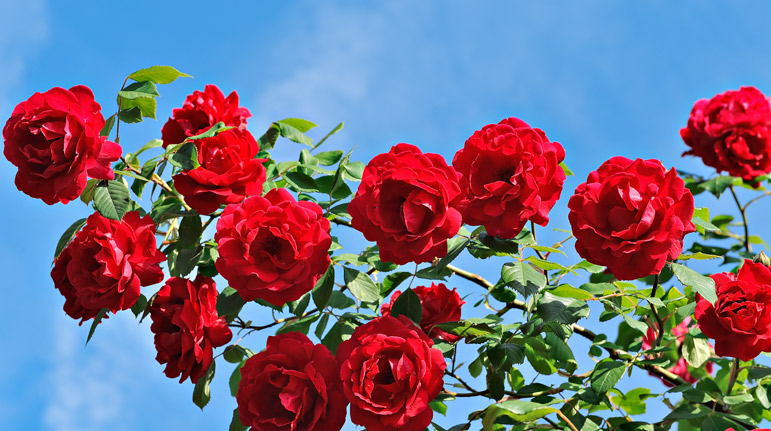 I Never Promised you a Rose Garden

“And they sat to eat bread, and they lifted their eyes and saw a caravan of Yishmaelim coming from Gilad, and their camels were carrying spices, balsam, and birthwort to bring down to Egypt.” — Bereishis 37:25

The most difficult period in Yosef’s life

Yosef was about to begin the most difficult period of his life. His own brothers left him to die in a pit of scorpions. He would soon be sold numerous times as a slave, then he would spend twelve months being hounded by the wife of his master, followed by imprisonment in a dank, dark dungeon where he would not see the light of day for twelve years. Clearly, Yosef was heading for hard times.

Rashi tells us that this posuk shows us the great reward that is given to tzaddikim. When Yosef was bound and sold as a slave, the wagon that took him down to Egypt was carrying spices that emitted a fragrant smell, as opposed to the normal cargo that gives off an obnoxious odor. Clearly, HASHEM loved the tzaddik and arranged for something out of the ordinary to protect him.

The obvious question on this Rashi is that if the Torah wants us to show the reward for tzaddikim, it could have done a much more convincing job by saving Yosef from this entire event. If HASHEM is watching the tzaddikim, then why couldn’t He just save Yosef from all of the suffering that he was about to endure?

A comfortable pillow in the ambulance

This is comparable to a situation in which a man is in a catastrophic car crash that breaks almost every bone in his body. The Hatzalah crew rushes to the scene, puts him on a stretcher, and as they are speeding to the hospital, his friend riding with him says, “Look how HASHEM watches over you. They even put a comfortable pillow under your head.” One would have the right to ask, “If HASHEM is concerned with this person’s well being, then why didn’t He arrange for the drunk driver who hit him to crash into a pole instead of his car? Save him from the ordeal; don’t give his broken neck a comfortable pillow to lie on!”

Some life situations are inevitable

The answer to this question seems to be that there are certain situations in life that are unavoidable, not because HASHEM isn’t capable of preventing them, but quite the opposite, because HASHEM orchestrated them according to the needs of that person or that generation.

However, even within the difficult times, HASHEM showed loving kindness to Yosef. He had to be sold as a slave, but why should he suffer unnecessarily? The Arabs normally carried petroleum; why should Yosef have to suffer the offensive odor? For that reason, HASHEM arranged something very uncharacteristic: the caravan was carrying perfume and not oil.

All suffering is carefully weighed and measured

There is a great lesson for us to take from this. In life, we will suffer through many situations, trials and tribulations. Not only are they are part of life, they are needed – for us, for our growth so that we can reach the purpose for which we were put on this planet. In that sense, they are inevitable, not because HASHEM is uncaring, but because we need them. They are for our good. In the scheme of life, they serve us well, but with them comes some suffering. The amount of suffering that a person experiences on this planet is weighed, measured and administered in exact dosages. The pain is delivered precisely and exactly, not an iota more and not an iota less. We get exactly the measure we need.

Seeing the Kindness in the torture

When I discover the kindness within the torture, when I find the “comfortable pillow in the ambulance,” this can change my perspective on the entire situation. It reminds me that HASHEM cares for me and has brought about this event for my good. I may not see it as good, I may not understand how it is for my best, but it is clearly orchestrated by HASHEM. I see that HASHEM has gone out of His way – if it could be – to make part of my situation more comfortable. This shows me the great love that HASHEM has for me. It allows me to know that just as the pillow was planned out of love, so too were the rest of the circumstances. This viewpoint colors the entire situation in a different light, allowing me to understand that it was brought by HASHEM, and despite the pain and suffering, it is something that I need for my good.