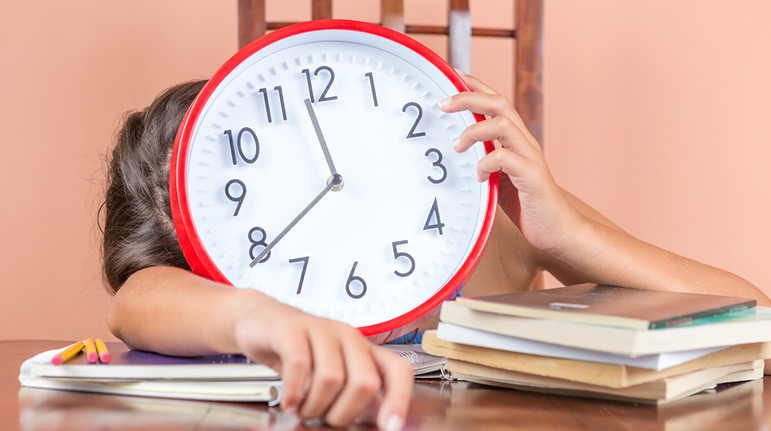 The Prison Cell of Laziness

“And he delayed, and the men held him, his wife, and his two daughters by the hand because of the mercy of HASHEM, and they took them and left them outside of the city.” — Bereishis 19:16

HASHEM appeared to Avrohom and told him that the people of S’dom were wicked and would be destroyed. The only ones who would be saved were Lot and his family — because of the merit of Avrohom. HASHEM then sent two molochim, Gavriel and Michoel, to accomplish this task.

When they arrived on the scene, they explained to Lot that they were on a mission to wipe out the city, and he was to take his family and flee. Yet he didn’t move. “He delayed.” While he clearly understood the consequences, he remained glued to the spot. Finally, the molochim grabbed him by the hand and pulled him and his daughters away to safety.

The Siforno notes that there is an apparent contradiction here. It is clear that Lot was being saved because of the merit of his brother-in-law, Avrohom. Yet in this pasuk, it says that he was saved because of “the mercy of HASHEM.” Which one was it — the merit of Avrohom or HASHEM’s mercy?

The Siforno answers that both are true. Initially Lot was to be saved because of the merit of Avrohom. However, he wasted that opportunity. The molochim told him to flee and he didn’t. The merit of Avrohom was now used up. However, HASHEM still had mercy on him because “it wasn’t out of rebelliousness that he delayed, rather out of being overwhelmed by the situation and out of laziness.”

This Siforno is very difficult to understand. The two reasons given are: being overwhelmed and laziness. Aren’t these two concepts contradictory?

If Lot was “overwhelmed by the moment,” that means that he understood the gravity of the situation. The entire city — and every man, woman, and child in it — was going to be annihilated. Life as he had known it would cease to be. That understanding is enough to evoke terror in any man’s heart, and we can certainly understand why he didn’t move. He went into emotional overload. Too much was happening too fast. He froze out of fear.

To understand this we need a deeper perspective on the human personality.

When HASHEM created man, He took two diverse elements and brought them together. One part of man is pure intelligence, the Nefesh Ha’Schili. The other part is animal instincts, the Nefesh Ha’Bahami. Together, these two make up the “I” that thinks, feels, and remembers. The Nefesh Ha’Schili only wants to do that which is good, proper, and noble. It aspires for holiness and growth. More than anything, it desires to be close to its Creator. The Nefesh Ha’Bahami is made up of all of the instincts, drives, and passions in the human. Each part has its own nature; each has its own inclinations.

To better understand the animal soul of man, we need to look for its corollary in the animal kingdom.

The king of the beasts

Living at the very top of the food chain, the mighty lion is known as the king of the beasts. You would imagine that his life would be idyllic, until you watch his daily routine. In the African Serengeti, the male lion will wake up in the noon sun, let out a monstrously loud yawn, roll over and go back to sleep. A few hours later, he will wake up for bit, and then go back to sleep again. Not long after that, he will stir, let out another earth-shaking growl, and go back to sleep yet again. On average, he will sleep twenty hours a day. When there is no food to eat and the pride is not under not under threat, there is a heaviness to his nature that is almost depressing to watch.

Part of the human has that tendency. We know it as laziness, but it is actually a sluggishness that is part of his inner nature. As the Mesillos Yesharim describes it: “The nature of physicality is thick.” There is a part of me that just doesn’t want to move. It is a weightiness that makes we want to just stop and remain inactive — not out of tiredness, not out of fatigue, but because of a lazy streak that makes me just wants to vegetate.

Even when a man may is fully motivated and driven to perform, this tendency can remain in the background and surface in almost undetectable ways influencing his actions and decisions.

This seems to be the answer to the Siforno. Lot was fully aware that the molochim came to destroy S’dom, and because of that, he was in a state of extreme agitation. “Oh, my goodness! The entire city with everyone in it will be destroyed!” Yet at the same time, there was a heaviness that influenced him. While he understood the gravity of the situation, he was still pulled by the heaviness of physicality, and when there was a decision to be made — do I leave or do I stay? — both elements had their say. He was indecisive because he was overwhelmed, but in the background, without his being aware of it, was also a sluggishness that made it even harder to choose. The chiddush that we see from this Siforno is that laziness will surface and factor into the equation even under such grave circumstances.

Laziness in our lives

The concept is very helpful in understanding the dynamics of the human personality. It is almost unheard of that a single trait will drive a person’s behavior. Typically, there are multiple forces at work: some good, some bad, and some just nature. Within our actions, there may be many factors that weigh and shape the way we operate. While we may think that the reason we aren’t producing enough is that we aren’t sufficiently motivated, it may also be a simple dose of laziness. Held down by metal chains, tied to a ball of heavy iron, the lazy man can’t move. Everything is difficult; everything is a burden. Even the greatest motivation won’t get him to move. Lot could not have been more motivated to act. He was distraught because he understood that his very life and the life of his city was at risk, yet laziness factored in and prevented him from moving.

For a person to reach his potential, it isn’t enough to be motivated to do the work necessary; he must attack this middah directly. When he does, HASHEM will help him to acquire the opposite: the middah of alacrity, so he can change his very nature and become the great individual he was destined to be.