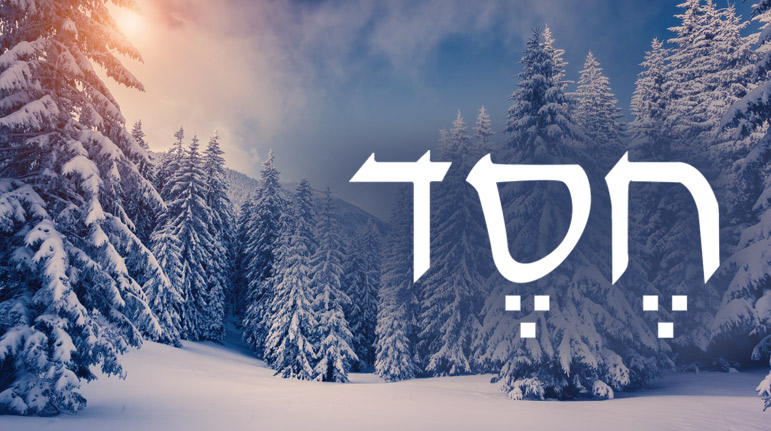 The Love of Chesed

“And to the cattle Avrohom ran, and he took a young calf, soft and good, and he gave it to the lad, and he hurried to prepare it.” — Bereishis 18:7

Parshas Vayaira opens with a detailed description of a day in the life of Avrohom Avinu. Avrohom was 99 years old, and it was the third day after his undergoing the bris milah. He was in such pain that HASHEM changed the course of nature in order to protect him. On a typical day, Avrohom would spend much time and effort waiting on guests. Out of concern for Avrohom’s condition, HASHEM took the sun out of its normal course, making it unusually hot, so that there would be no travelers to trouble Avrohom.

However, if it could be, Avrohom befuddled HASHEM. As he sat there in his tent, he had more pain from not being able to serve guests than he would have had if he had been running around after them. Therefore, HASHEM sent three angels in the form of men to allow Avrohom to serve them as guests.

When Avrohom saw three men standing on the horizon, he ran out and bowed down to them, full face in the sand. He said, “Please do not pass by from me, your humble servant.” He then brought them back to his tent and ran to prepare food and drink for them. He ran to his cattle, took a “young calf, soft and good,” and had it prepared for them. He then stood over them while they ate.

A young, soft and good cow

As every word in the Torah has a specific purpose, Rashi is bothered by why the Torah deems it important to record three adjectives: “young,” “soft,” and “good,” when it describes the cow that Avrohom brought. He explains that this teaches us that Avrohom prepared three separate cows because he wanted to serve a tongue to each of his guests.

The Siftei Chachamim explains that the tongue has three sections. The tip is soft, the middle is fatty, and the back has varied textures. Avrohom wanted to be certain that there would be enough of each section so that each guest could eat as much as he liked, even if all three guests preferred the same section. To do that, he had to slaughter three cows to insure that that there would be enough of each part.

It wasn’t enough that he offered them a meal without expecting anything in return. And it still wasn’t enough that he served them himself. Standing over them in the heat of the day, he went to the great expense and bother of slaughtering three entire cows so that his honored guests would have only the best.

Didn’t Avrohom Avinu have better things to do with his time?

While this is a beautiful recording of the chessed of Avrohom, it begs a question: didn’t Avrohom Avinu have better things to do with his time?

At this point in his life, Avrohom was a great and wealthy man. He had hundreds of servants and an entourage of thousands of students and converts. No doubt, he had many important things to do, not the least of which was to teach his many, many students. Yet Avrohom Avinu stopped everything that he was doing, went to great efforts and spared no expense to serve them. Why did he stop his busy day just to take care of three regular people? We know that doing chessed is a wonderful thing, but it seems that this is a bit out of proportion. Why did Avrohom Avinu put so much emphasis on chessed, and why does the Torah record this in such great detail?

The significance of Chessed

The answer to this question is based on understanding what it is that HASHEM wants from man.

That state of eternal bliss is achieved by being close to HASHEM. The closer a person is to HASHEM, the greater the joy and pleasure he can experience. A person becomes close to HASHEM by making himself like HASHEM as much as he can. All the mitzvahs of the Torah guide a person towards that level of self-perfection.

Avrohom spent his life emulating HASHEM. Every waking moment of his existence was focused on making himself as much like HASHEM as humanly possible. From the time that he came to recognize HASHEM, he understood the loving kindness with which HASHEM created the world and continues to run it. Avrohom saw that the essence of all of HASHEM’s interactions with this world is chessed, so he set it as his goal in life to imitate HASHEM by doing for others as much as he could. As a result, chessed was the center point of his service to HASHEM and the focus of his life.

This seems to be the answer to the question on Rashi. Despite the fact that his servants could have taken care of his guests’ needs just as easily as he, Avrohom threw himself into this act with his whole heart. Just as HASHEM provides sustenance for every living creature, Avrohom was in his small part providing for the needs of others. This wasn’t something that could be just as easily done by someone else; this was pivotal towards his purpose in existence — because by doing this he was acting like HASHEM.

A lesson to us

This concept is a powerful illustration of the importance of helping others. When we see one of the greatest human beings who ever lived involved in what seems to be the most mundane of tasks, it demonstrates to us the significance of those deeds. By focusing on this, we will come to appreciate that Avrohom was engaged in the ultimate perfection of the human, the highest level that a person can function on. More than fulfilling a mitzvah, chessed is our way of being like HASHEM, the very reason we were put into this world.