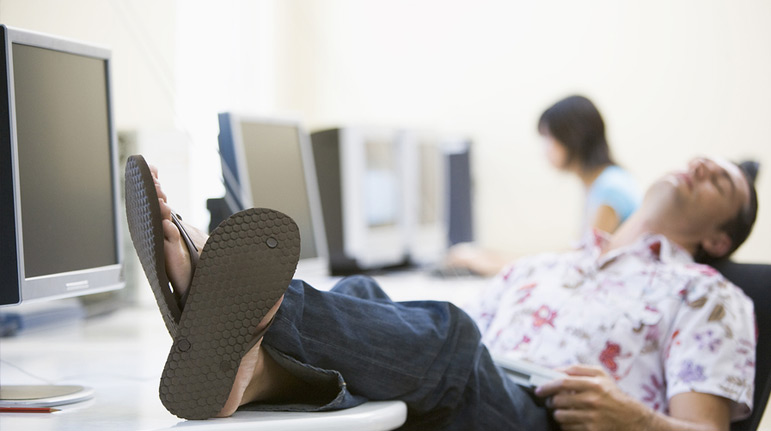 “The princes brought the shoham stones and the filling stones for the Eiphod and for the Choshen.” — Shemos 35:27

The Nesi’im (heads of the tribes) personally donated the precious stones for the breastplate of the Kohen Gadol. Even though this was an enormously valuable contribution, their name is written with a letter missing to denote something lacking in what they did.

Rashi explains that in the initial collection of materials for the Mishkan, the Nesi’im didn’t act properly. When Moshe called for donations, the Nesi’im said, “Let the congregation donate as much as it will, and we will fill in the rest.” They underestimated the generosity of the people, so in a short while, more than enough materials were collected to build the Mishkan and its vessels. And the Nesi’im found themselves without anything left to dedicate.

They immediately took it upon themselves to donate the full amount needed for the precious stones. So even though this act was very generous, their name is written in a shortened form because of their original laziness.

Everything in this Rashi seems to make sense except for the word, “laziness.” Rashi seems to be saying that initially the Nesi’im were lazy, and because of that, they lost their chance to be part of the building of the Mishkan. Where do we see laziness in their actions? At first, they made a gallant statement: “Let the people give, and whatever is lacking, we will make up for.” They were wealthy men who took full responsibility for the construction. “Whatever is missing, we’ll give.” What they did seems noble. Why are they accused of laziness?

The answer to this Rashi can best be understood by focusing on a mashal.

The world’s most beautiful diamond

One of the most magnificent diamonds ever shown is the Millennium Star. It is pear shaped, D color, internally and externally flawless, and weighs in excess of 200 carats. It is insured for approximately 200 million dollars, but by most estimates, that’s only a fraction of its actual value. If you know diamonds, just seeing it takes your breath away.

But that’s not how the diamond started out. It was found in a diamond mine in South Africa, and when it first came out of the ground, it was 777 carats — a rough, dirty clump. It was clear that within it was a diamond of extraordinary value, but it was a challenge to cut away the rough in a manner that would leave the largest section of unspoiled diamond. The DeBeers company hired a team of diamond cutters headed by Nir Livnat, an Israeli-born diamond cutter. Using high-powered microscopes, the team created countless diagrams and more than one hundred computer-generated models of the stone to determine the correct cut. They labored at it for three years. The actual cutting was to be done by laser, under laboratory conditions similar to a sterile operating theater. The temperature and humidity were carefully controlled, and special tongs were designed to hold the rough. Finally, they felt ready, and the procedure was scheduled. On the day of the event, the team gathered, and everyone held their breath. In just a moment, they would either be looking at the world’s most precious gem or a worthless clump of stone.

Nir gave the command, and the process began. Out came a near-perfect, magnificent 200-carat diamond. And as the story is told, the gravity of the moment fully hit him, and Nir passed out.

This seems to be the answer to Rashi. The Nesi’im had a rationale for what they did, yet, if they would have had a greater appreciation of the opportunity presented to them, they wouldn’t have acted that way.

The Nesi’im were offered a chance to be a part of history. They could have had a part in the building of the Mishkan, HASHEM’s dwelling place on this earth! Because they didn’t fully appreciate what that meant, they said, “Whatever the congregation doesn’t give, we will give.” Their words implied, “Let others do it; we’ll sit back.” While they may not have intended to be lazy, that was a lackadaisical attitude, and it manifested as laziness in action.

This is eye-opening, as it teaches us a fundamental concept.

All growth requires change, and change requires energy. I have to move out of the way I have been doing things and learn a new way. Clearly, laziness is the enemy of growth.

The Mesillas Yesharim (Chapter 6) explains that man by nature is lazy. HASHEM created us out of earth, and the nature of earthiness is to be heavy. Man by his very design is heavy and sluggish. To combat this, a person must learn to move with alacrity, to begin right away and to carry through until the end.

In addition, there is a second element that will determine a person’s actions: his value system. Even a lazy man will push himself if the stakes are high enough. If he knows he can make a hundred million dollars in a day, he’ll find a way to get himself moving.

The point is that there are two distinct elements that impact a person’s actions: inborn laziness and the value that he places on something. For a person to reach his potential, he must work on both fronts. He has to work on laziness directly, and he has to work on his value system as well. The more he recognizes the extraordinary value of even a single mitzvah, the more he will be motivated to charge forward and accomplish what he can in his short stay on this world.

Learn how to build YOUR potential by listening to Rabbi Shafier’s Series ‘Humility, Arrogance and Self Esteem-Becoming a Whole Person’. Click here for more!

When is it hard to overcome laziness? Tell us below!