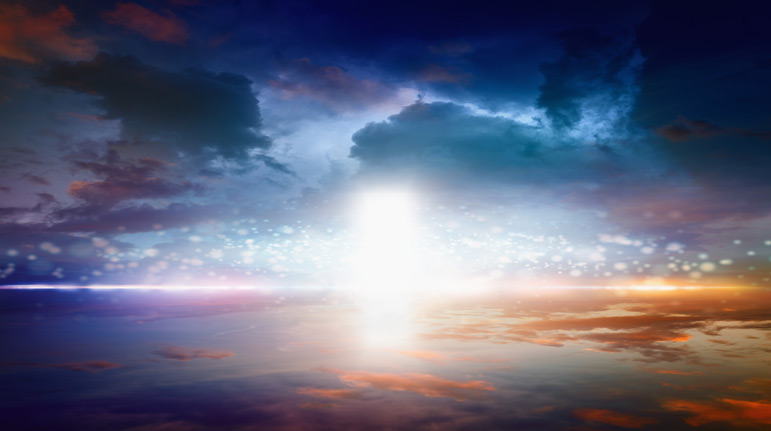 The Middah of Rachamim

“And pays back His enemies in their lifetime to destroy them.” — Devarim 7:10

Rashi explains this posuk to mean that HASHEM pays back His enemies in this world so that there will be nothing owing to them in the World to Come, and then they can be destroyed.

The Rishonim tell us that one of the worst punishments a person can possibly suffer is to be paid back his reward in this world. Since our stay on this planet is so fleeting, if a person is paid the reward for his good deeds in this world, rather than in the World to Come, it is to his eternal misfortune, and is something that HASHEM will only do in retribution for wickedness.

This concept is difficult to understand. If this person is an enemy of HASHEM, why does HASHEM have to pay him back any reward at all, whether in this world or the Next? Why not simply destroy him?

To better understand this question, it will be helpful to focus our perspective.

HASHEM owes us nothing

One of the manifestations of the immature person is a sense of entitlement. I am entitled to every benefit under the sun. I am entitled to life, health, and well-being. That is a given; that is the starting point. It’s all coming to me. And even if I grant that you have done something for me, what have you done for me lately? This attitude of entitlement strains many relationships, and is one of the most difficult parts of our serving HASHEM.

The Chovos Ha’Levavos explains that one of the realities of life is that a person isn’t entitled to anything. A person has to earn what he enjoys. We are the recipients of much good, not because we are entitled, not because anything is coming to us, but because HASHEM gives freely. HASHEM owes us nothing.

In reality, we are deeply indebted to HASHEM for everything that He does for us. If a person ever wanted to enter into judgment with HASHEM, comparing what HASHEM has given to him versus what he has given back, even the greatest tzaddik would fall woefully short and would have no reward waiting for him. However, as long as a person lives in accordance with the Torah, then what he receives in this world remains a gift, free to him without expectation of anything in return, and his reward remains intact in the World to Come.

Therefore, this question is powerful. If the Torah describes someone as an enemy of HASHEM, then HASHEM should simply act with strict justice, charge him for all he received in this world, and there would be no reward left. Why does HASHEM have to bother even paying him back with reward in this world?

Why did HASHEM create this world?

The answer to this question lies in understanding why HASHEM created this world.

The first most basic understanding that a person must come to if he wants to relate to HASHEM is that HASHEM lacks nothing. HASHEM is complete. When HASHEM created this world, it wasn’t for Him. It was for us. It was to give of His good to others. We are the recipients of that good. When HASHEM put us on the planet, it was so that we could earn our reward in the World to Come – the ultimate good for man. There we can enjoy HASHEM’s presence, there we can bask in His glory, and there we can enjoy the ultimate happiness that man can find. There is nothing in it for HASHEM. HASHEM is the Giver.

What happens when man veers off course?

HASHEM also recognized that man will likely veer of course during his lifetime. According to strict judgment, man should then immediately lose his lease on life. The King of Kings created you and told you not to do something, but you had the audacity to violate His will! The punishment should be immediate and severe. However, man will inevitably sin, so the world cannot survive strict judgment. Therefore, HASHEM created the world with the system of rachamim. Now when man fails, the middah of rachamim calls out to forgive him and overlook what he has done. According to strict judgment, of course, he is completely guilty. But rachamim says, “There were mitigating factors that influenced him – environmental, social, and personal factors.” And so, HASHEM has mercy.

This seems to be the answer to the question. The attribute of mercy is so powerful that it comes into play even with someone whom the Torah calls an enemy of HASHEM and who deserves to be eliminated. The middah still calls out in his defense. For that reason, if it could be, HASHEM feels obligated to at least pay back this wicked person in this world, as if to say, “Pay him back for whatever good he did so that I can be rid of him.”

What right do I have to ask HASHEM for anything

This concept has great relevance in our lives. Many times a person may feel, “What right do I have to ask HASHEM for help? After everything that HASHEM has showered upon me, do I serve Him as I should? Most of the time, I don’t even feel grateful for what was given to me. How can I now have the audacity to ask HASHEM to intervene on my behalf?”

The answer to this dilemma can be found by asking one revealing question: Before I was created, what did I do to merit being created?

By definition, the answer is nothing. I didn’t exist; therefore, I couldn’t merit anything. Once I come to grips with that concept, I now have a starting point to understand my relationship with HASHEM.

I am the recipient of good, not because I am entitled, not because it is coming to me, but because HASHEM gives freely, without holding back and without expecting anything in return.

As I stand here today, I may have sullied myself, and I am therefore not deserving of anything from HASHEM, but very little has changed since my birth. Before I was created, I wasn’t worthy of anything. Yet HASHEM created me because He is giving. So too now, I am surely not deserving, but I can trust in the kindliness of HASHEM to have mercy and provide for me. Much like a rebellious child who knows that his father will always love him and that he can always turn to him, so too we are called children of HASHEM. We can always rely on that mercy.

For that reason, provided that we follow the Torah’s system and sincerely attempt to serve HASHEM and improve ourselves, we can always rely on HASHEM, even if it is true that we aren’t deserving.