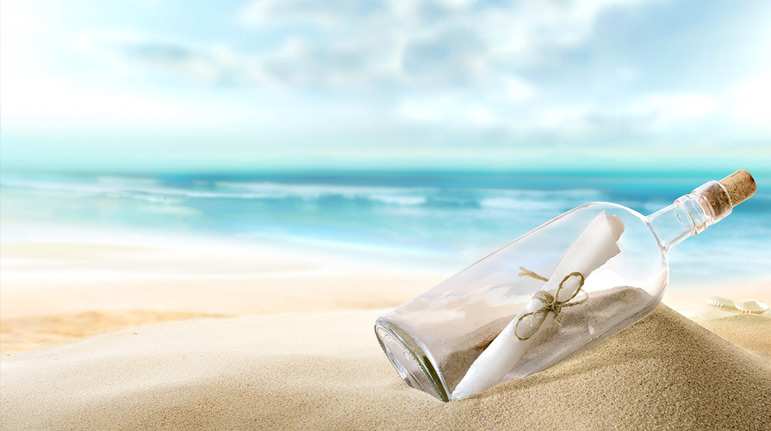 Kiruv the Message and the Medium

And Moshe spoke to HASHEM saying, “The children of Israel haven’t accepted me, how will Pharaoh listen, when I am of blocked lips?”  Shemos 6:12

HASHEM said to Moshe, “Go to Pharaoh and tell him to let my people go.” Moshe responded, “The Jewish People haven’t accepted my word. How will Pharaoh listen?” Rashi explains that this is one of the ten kal vachomers written in the Torah. The Siftei Chachamim clarifies: “The message that I am carrying is for good of the Jewish people, yet they have not accepted it. Surely then Pharaoh, to whom this message is detrimental, will reject it.”

However, Moshe added one more phrase, “When I am of blocked lips.” The actual statement that he said to HASHEM was, “The Jewish People haven’t accepted my word. How will Pharaoh listen when I am of blocked lips?” The Siftei Chachamim explains that this was the pivotal point of the kal vachomer. As an infant, Moshe burnt his tongue, and from that point on, he had difficulty with speech. Now many years later, Moshe assumed that the reason his words weren’t accepted was because of his speech impediment. Effectively he was saying, “I am bringing good news to the Jews, yet they don’t believe me because of my lack of clear speech. Surely Pharaoh, who is biased against my message, will not accept it either because of my unclear speech.”

This Rashi is difficult to understand.  Moshe wasn’t a salesman selling a product. He wasn’t claiming that his charisma and leadership would cause an uprising. According to Moshe’s claim, the All Powerful Master of the Universe sent him on a mission. There was only one question: was he telling the truth? If he was a representative of G-d, then both the Jewish Nation and Pharaoh had better listen. If he wasn’t, then who cares what he said? The words and the style of his delivery weren’t relevant. Either he was sent by HASHEM or he wasn’t. What difference does it make how clearly he spoke?

The wonder of free will

The answer to these questions is based on understanding one of the wonders of Creation: free will. To allow man to shape himself into what he will be for eternity, HASHEM put him in a position where he can freely choose his path — where he can just as easily choose the “bad” as the “good.” If he chooses “good,” he is credited with shaping himself into that form of perfection that he reaches. If he chooses the “bad,” he is held accountable, and he will forever suffer the consequences.

Here lies one of the great dilemmas of Creation. How do you take man, more brilliant than the highest form of angels, and give him free will to choose “bad?” A moloch has no temptation to sin. He recognizes that every sin damages him, and every mitzvah helps him. If man is wiser than the greatest of celestial beings, how does he have free will to damage himself? He would never do it!

To allow man to actually have free will in a practical sense, HASHEM created man with many temptations and desires that pull him in different directions. Further, to actually allow the ability to choose either side, HASHEM created in man a powerful, active imagination that allows him to create his own view of the world — his own reality. Of everything in Creation, man alone has true free will because he alone was created with competing natures. He alone possesses the power of imagination, which allows him to shape his worldview as he so desires. He can believe what he wants to believe.

This seems to be the answer to the question on Rashi. Whether Moshe was telling the truth or not was only part of the question. The crux of the issue was, “Do we want to believe him?” To the Jewish people, he was bringing news of redemption. As such, they wanted to believe him. On the other hand, Pharaoh had a strong interest in not accepting Moshe’s words, so he was unlikely to believe him.

But Moshe understood that there was another element that would influence whether his words would be received as truth — what kind of impression did he make? Was he handsome? Did he cut a good figure? Would people want to accept him as a person? Because he wasn’t of perfect speech, Moshe assumed this would greatly influence his chances of acceptance. He understood human nature. We accept that which we like, and we believe what we want to believe.

We are all teachers

The reality is that we are all teachers of the Torah way. Whether we teach by standing up in a classroom, modeling proper behavior to our children, or inviting not-yet-religious neighbors for a Shabbos meal, there is an obligation upon every Jew to influence his fellow Jew. We are all in the business of Kiruv — Kiruv Rachokim and Kiruv Karovim.

And so we must understand how to be effective in this role.

Before they accept my message, they must accept me

When we don the robe of educators, whether to our children or to our peers, we need to focus on both the truth of our message as well as the method we use to present it. It must be pleasing and readily acceptable to others, otherwise it just won’t be heard.