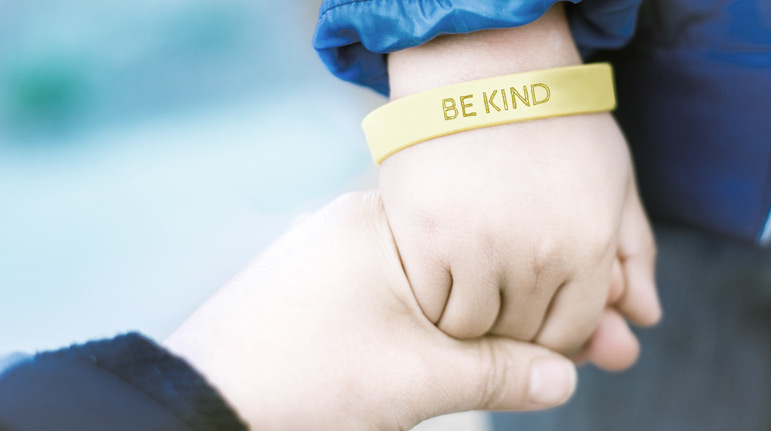 And Pharaoh sent for Moshe and Aharon and said to them, ‘I have sinned this time. HASHEM is righteous, and I and my people are wicked.” — Shemos 9:27

After months and months of rebellion, Pharaoh finally admitted that he was wrong. The Dos Zakainim explains that the makkah of barad moved Pharaoh more than any other. And it was because of one factor: Moshe had warned him that the hail would kill anything living. Again and again, Moshe cautioned Pharaoh to take his livestock and his slaves inside. Because Pharaoh was repeatedly warned to save the living creatures, he was moved and recognized his error.

This Dos Zakainim is difficult to understand. Why would this detail cause Pharaoh to admit that HASHEM was right? He witnessed the greatest revelation of HASHEM’s mastery of nature—and it didn’t move him. He watched as Mitzrayim, the superpower of its time, was brought to its knees. That didn’t move him. Why should this single factor have such an effect?

This question is best answered with a moshol.

The Nature of the Human

Henry Ford, while a brilliant businessman, was not known for his kindliness. In fact, he used to brag that he never did anything for anyone.  The story is told that while he was going for a walk in the fields with a friend, they heard yelps coming from a nearby property. A dog had gotten caught in a barbed wire fence and couldn’t get out. Ford walked over to the fence, gently pulled on the wire, and freed the dog. When he returned to the road, his friend said to him,  “I thought you were the guy who never did anything for anyone.” Henry Ford responded, “That was for me. The dog’s cries were hurting me.”

This story is compelling because Ford didn’t care about anyone but himself. He didn’t choose to be kind. He didn’t want to feel the pain of others. In fact, he tried his best to squelch this sensitivity. But it was still there. He couldn’t stop himself.  He was pre-programmed to have mercy. In his inner makeup, there was that voice that said, “Henry, the poor animal is in pain. Go do something!” Even though he prided himself on selfishness, he couldn’t quell that voice inside. It bothered him to hear a creature in pain. When he heard those cries, they reached down to his inner core, to that part of the human that only wants to do good, proper and noble things. That part was touched. It saw an animal in pain and said, “Don’t just stand there, Henry. Do something. That poor animal is suffering.”

This is illustrative of the basic components of the human. When Hashem created man, He joined together two diverse elements to form his soul. These are his spiritual soul, what we call his nishamah, and his animal soul, which is comprised of all of the drives and inclinations needed to keep him alive. The conscious “I” that thinks and feels is made up of both parts.

The nishamah comes from under the throne of Hashem’s glory. It is pure and holy and only wishes for that which is good, proper and noble. Because it comes from the upper worlds, it derives no benefit from this world and can’t relate to any of its pleasures. The other part of man’s soul is very different. It is exactly like that of an animal, with all of the passions and desires necessary to drive man though his daily existence.

We humans are this contradictory combination. Within me is an animal soul made up of pure desires and appetites, and within me is a holy nishamah that only wishes to do that which is right and proper. The animal soul only knows its needs and exists to fulfill them. The nishamah is magnanimous and only wishes to give. These two total opposites are forged together to create the whole we know as the human.

This seems to be the answer to the Dos Zakainim. Pharaoh was a human being, and as all humans, he had a sublime side to him. He may have spent years ignoring and pushing it down, but it remained within him. What he experienced during the plague of hail was pure chessed. His enemy was concerned for his good. There was nothing that HASHEM had to gain by protecting the cattle and the slaves of the Egyptians. The only motivation was generosity, goodness, and a pure concern for others. Seeing this warmed even the callous heart of Pharaoh. He recognized this wasn’t driven by lowly motives. He understood that he was dealing with something outside of the realm of normal human interests. He saw HASHEM.

This also helps us understand one of the great ironies of life.

The selfish person is focused on his needs and his wants. The generous person is concerned about the welfare of others—even at the cost of his own needs. We would assume that the selfish person would happy. After all, he is singly focused on what’s good for him. But the generous person has the good of others on his mind—surely he can’t be as happy.  He has to worry about the good of others.

Yet, just the opposite is true. The more a person is focused on others’ needs, the happier he is. The more he focuses on his own needs and wants, the unhappier he will be.

When man develops the trait of giving, he achieves inner peace, balance, and harmony. When he ignores it, he suffers. His sense of self becomes fragmented.  One part of him is demanding, “What’s in it for me?” and the other side is crying out, “What have I done for others?” The more a person develops the nature of giving, the more he becomes like HASHEM, and the holier he becomes.

This why kindliness is so basic to being a Torah observant Jew. If it could be, HASHEM is all-giving, kindness, and mercy. Many mitzvahs train us in these traits because this is the greatest elevation of the human—to be as much like HASHEM as humanly possible.  While it takes focus and attention to bring out the higher part of our personality, it is ingrained in our soul and so it comes naturally to us.