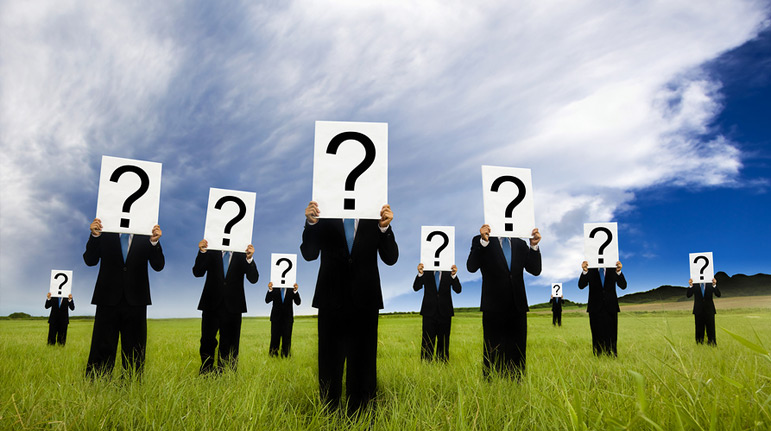 Ours is to Question Why

“And Aharon and his sons carried out all the matters that HASHEM commanded through Moshe.” — Vayikra 8:36

After a long and detailed description of the avodah (service) to be done in the Mishkan, the parshah ends by telling us that “Aharon and his sons did as they were told.”

Rashi seems to be bothered by how obvious this statement is. Of course Aharon did what HASHEM told him to do! Why is it necessary to say so? Rashi explains that the Torah includes it as a statement of praise: Aharon and his sons didn’t veer off to the right or to the left.

This Rashi is difficult to understand. It doesn’t seem like he answered his question. Of course, Aharon didn’t veer off to the left or the right. This was the avodah in the Mishkan that he was performing, and the directives came straight from HASHEM. Would he possibly think that he knew better than HASHEM how to perform the service? If that wasn’t reason enough, the Torah tells us repeatedly that the punishment for a Kohen who deviates from the avodah is death.

Imagine a man working with high voltage electrical equipment. He has been given clear safety instructions. Make sure the power is off before you switch on the transformer. Make sure that you are wearing protective gloves and that you are grounded. Wouldn’t we expect him to follow every nuance because of the danger involved?

So what type of praise is this? The answer to this question can be best understood with an example.

In the image of HASHEM

There is a story told about an Englishman who visited a farm in Texas in the 1880’s. As he approached the ranch, he saw a cowboy herding the cows. He asked to see the cowboy’s boss. In doing so, he used an expression common in England then: “Is your master at home?”

The cowboy put both hands on his hips and proclaimed, “The son of a gun ain’t been born yet.”

This anecdote is illustrative of a very human trait: we don’t like to be bossed around. In fact, we hate it. I’ll gladly help you, I’ll do anything for you — but ask nicely. Boss me around and forget it. I’m out of here.

This isn’t just a quirk of human nature. It’s a direct outgrowth of man’s inherent greatness.

Chazal explain that when the Torah writes that HASHEM created man in His image, it isn’t merely an expression. Man is both the reason for all of existence and the maintainer of it. Everything physical has a spiritual counterpart sustaining it. HASHEM put man into the role of being the one who upholds the spiritual level of the world. His actions, deeds, and thoughts build upper worlds and sustain the lower worlds. Our eyes may not be attuned to it, but man is the maintainer of physicality. He is more significant than we can ever imagine, more important than anything we can envision. He is a little creator.

This seems to be the answer to the question on Rashi.

Aharon was one of the greatest men who ever lived, and he had a high and lofty sprit. As such, it should have been very difficult for him to follow orders. For him, “doing as he was told” should have been very hard. Nevertheless, it wasn’t. He was exceedingly humble, so he was able to recognize his greatness and act in a bold and innovative manner when it was called for, yet accept that HASHEM was in charge. As great as he was, he was but a servant in front of his Master. He had overcome one of the paramount challenges to man — recognizing his greatness yet remaining humble.

Understanding this balance is critical for our growth. The Torah wasn’t given to robots, or for people to follow it blindly without understanding. We are expected to ask questions and delve into the reasoning behind things. We are obligated to strain our minds to the best of our ability in the process. And yet, we are expected to yield to the superior wisdom of our Creator and to humbly submit to His directives. Ours is to question why, and yet ours it to do or die.