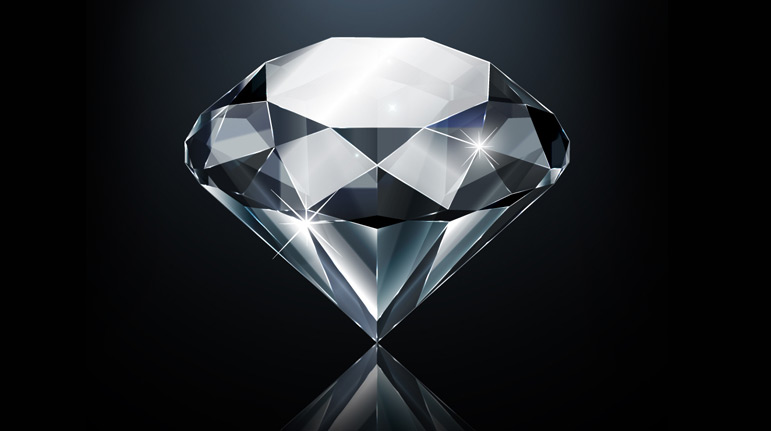 A Diamond With A Flaw

“You shall place both stones on the shoulder straps of the ephod, remembrance stones for the Children of Israel.”  Shemos 28:12

Moshe was commanded to make garments for the Kohanim. Included in these was the ephod, a piece of clothing similar to an apron, with two shoulder straps on top holding the avnei shoham, gold settings that contained precious stones. HASHEM told Moshe to engrave the names of the twelve shevatim (tribes) onto these stones as a remembrance. Rashi explains that this was so that the memory of Reuvain, Shimon, Levi, etc. would be invoked when the Kohain Gadol did the avodah, and HASHEM would then remember their righteousness.

This Rashi seems to be difficult to understand. The avodah (service) of the Kohain Gadol is vital and highly sensitive; the world’s very existence depends upon it. As a result, there are many items that are avoided in the avodah so as not to bring up even the faintest memories of sin. While there is no question that the shevatim were men of extraordinary greatness, that greatness was also tainted with the sin of selling their brother. Didn’t that sin permanently affect who they were? Shouldn’t that be reason enough not to mention their names in such a critical situation?

Every diamond has a flaw

The answer to this is based on an issue of perspective. Imagine that there are two large diamonds in front of you, one a beautifully cut jewel with a minor flaw, and the other the same as the first, but flawless – a perfect diamond. If we were to ask a diamond expert to appraise the two, there is no doubt that he would tell us that the difference between them is huge. He would say that the diamond with the minor flaw is worth a fortune while the completely flawless diamond is almost worthless — because it is a fake. One of the signs that a diamond is real is that it has a flaw. While it may be a very minor imperfection and almost unnoticeable, all genuine diamonds have flaws. The only perfect diamonds are made of cubic zirconium, and are costume jewelry.

HASHEM created the human, knowing he would sin

When HASHEM formed man, it was not for him to be perfect. Perfection rests in the realm of the Molochim (angels). A moloch will spend its entire existence without sin. Molochim are perfect. But molochim aren’t man. Man and man alone was given the unique opportunity in all of Creation: to determine his destiny, either becoming the greatest of all, or sinking below the animals. To allow man to create who he would be for eternity, HASHEM gave him free will. However, free will doesn’t mean the theoretical ability to choose; it means being put into situations where either choice is viable and either option is real. Man has to be challenged. To allow for that, man has to be tempted to choose either good or bad and be given the ability to make mistakes. Every man has, and every man will make mistakes. Some are large, and some are small, but the idea of man living without sin isn’t part of the picture.

The answer to the question on Rashi seems to be that the shevatim were in fact men of unimaginable greatness, but they also had flaws and sinned. Each would be compared to a 200-carat diamond – with an imperfection. They were huge, beautiful diamonds, with flaws. When viewing a diamond, you don’t see the flaw. To perceive it, you need to look through a jeweler’s loop that magnifies the stone by a power of ten times or more. Only via direct scrutiny does the flaw become noticeable. It is always present, but the eye doesn’t see it. All the eye sees is glimmer and reflected light in an object of extreme beauty.

This concept has great relevance to us. People often wonder, “What will it be like for me in the World to Come? I’ve done many good things in my life, but I’m no tzaddik. I’ve also done plenty wrong, and I can’t even say that I did teshuvah for everything.” “For eternity, I will be exactly what I made myself into. So what kind of Olam Habbah am I going to have? Forever I will walk around with my faults permanently part of me. How will I ever enjoy eternity when I am sullied – permanently stained?”

I will be like a diamond with a flaw

This Chazal tells us that our imperfections are what they are, and unless we remove them with the process of teshuvah, they will be on our permanent record. However, all that means is that I will have flaws, like a diamond. Maybe I’ll be a two-carat diamond, maybe a four-carat – but a precious gem nonetheless. While the blemishes will be there, so too will the shining brilliance of a jewel. One doesn’t cancel out the other. The flaw isn’t eliminated, nor is the brilliance eradicated. Both are there. I will be a diamond with a flaw.

My work now, as long as I have time left, is to improve the quality of the diamond and to eliminate its faults. By learning Torah, doing mitzvahs, and working on my middos, I change the weight, color, and clarity of the stone. Who I will be for eternity is in my hands. If I focus my attention and energies on growth, my reward will be perfection more valuable than the finest diamonds ever mined.

If you would like to improve the quality of your ‘diamond’ a good place to start is Rabbi Shafier’s seminar on ‘Becoming a Whole Person’. Click here for more

Tell us one way you have tried to improve, and if you’ve succeeded. Comment below!