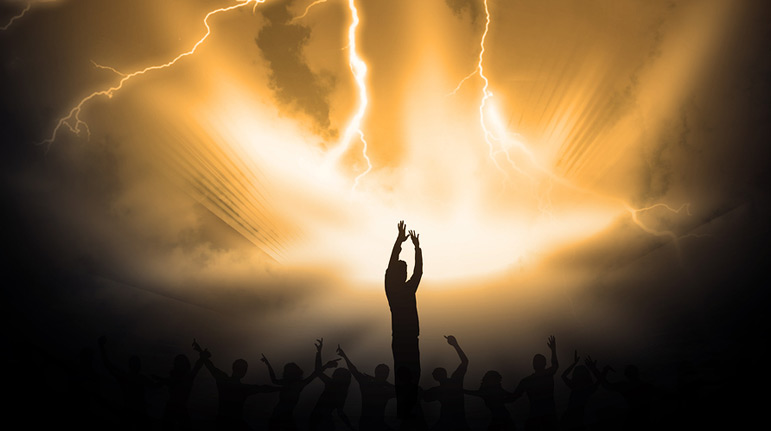 “Speak to the Jewish people and they should take to Me trumah; from each man whose heart so motivates him, you should take My trumah.” — Shemos 25:2

The entire Jewish nation — every man, woman, and child — experienced the revelation of HASHEM on Har Sinai. They saw HASHEM as clearly as humans can, and they attained a level of prophecy. Now they were being offered one of the greatest gifts imaginable: HASHEM Himself was going to dwell amongst them. They were going to experience HASHEM’s presence regularly, they are being given the opportunity to participate in the building of the greatest edifice ever created — HASHEM’s dwelling place in this world. The gold, silver and copper, the wood, hides and oil will all come from the people themselves: “from each man whose heart so motivates him.”

It should come as no surprise that the people offered their donations to the Mishkan with zeal and enthusiasm. After only a short while, Moshe had to turn away more donations; there was more collected than could be used.

Interestingly, the Bal Ha’Turim explains that when HASHEM told Moshe to ask for contributions, He told him to ask in a gentle tone. Since it means that people will have to part with their money, please speak softly.

It was all voluntary

This Bal Ha’Turim is very difficult to understand, why would Moshe have to make this appeal in a gentle manner? This wasn’t a tax that the people were being forced to pay. It wasn’t some despot demanding an exorbitant bribe. This was a moment in history– the Chosen Nation was being given this great opportunity to be a part of building the house of HASHEM, and they understood it for what it was. Why would Moshe have to speak softly? Surely they would give willingly.

The Jews were fantastically rich

The question is even more pointed because the Jewish people were fabulously wealthy. HASHEM promised Avrohom Avinu that when his children would leave bondage, it would be with great riches. Right before the Jews left, they went to their Egyptian masters and “borrowed” gold, silver, and all types of valuables. They despoiled Mitzrayim, walking out with wealth that had been gathered for hundreds of years.

They were being offered to convert some of that wealth into one of the greatest honors given to man- to become a builder of the Mishkan. This was a singular event in the history of mankind– For eternity to be the one who provided the precious stones for the ephod, or the one who contributed the gold for menorah.

If every contribution was given willingly, the entire generation had enough to give, and it was a great honor to give, why would HASHEM be concerned that Moshe gently coax them into giving?

The answer to this question can be best understood when we focus on man’s relationship to his Creator.

The Chovos Ha’Levovos explains that if you to take the most generous, loving person that you have ever met and then multiply that mercy by ten thousand ten thousands, you won’t begin to reach the love that HASHEM has for each of His creations. The one concept that must be firmly embedded in the mind of every Jew is that HASHEM is more concerned for his good than he is, and HASHEM loves him even more than he loves himself.

This love manifests in many ways. Chazal tell us that HASHEM has mercy on the money of Yisrael, as if to say HASHEM feels badly that the Jewish people have to spend money, even on mitzvahs. Granted it is for their good, and granted it is the greatest investment that they could ever make, but, it means parting with things valuable to them, and if it could be, HASHEM feels badly. HASHEM is the Giver, always wishing to share of His good, to give more — not to take. This seems to be the answer to the question on the Bal Ha’Turim: There is no doubt that the chance to contribute something towards the Mishkan is a great honor. Anyone whose donation would be accepted would bear a mark of nobility that he would cherish for years. But it involved his giving. He had to part with some of his wealth, and HASHEM, if it could be, felt badly.

It was as if HASHEM was saying: “Oy, it must be difficult. You have that precious gem, that beautiful gold. I feel badly, even asking.” Even though the act of giving has taken something fleeting and turned it into the greatest investment, something that will remain with them for eternity, at the moment that the person gives over those stones, it was difficult on some level. HASHEM felt his pain, and said: “Moshe, please be gentle with them.”

This is a fantastic illustration of the extent of HASHEM’s humility and concern for us, and the extent to which He is sensitive to our feelings. When we focus on the loving kindness that HASHEM showers upon us daily, we grow in our apperception of that love, and then reciprocally, we feel an overwhelming sense of appreciation and love to our Creator.