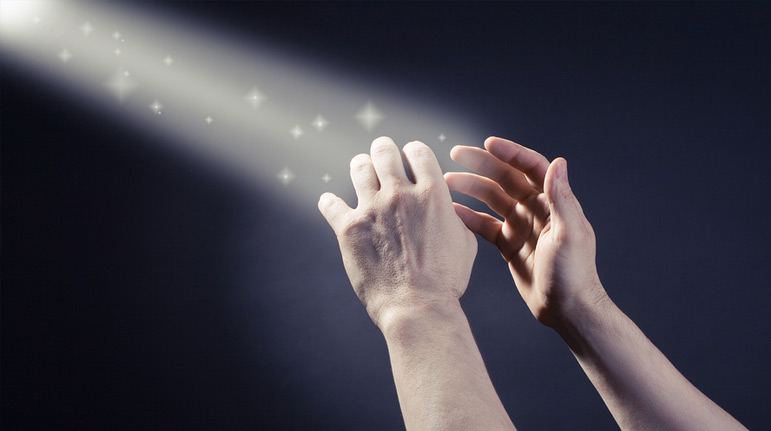 Derech HaTeva of the Upper Worlds

“On the Shulchan shall you place the Bread of Surfaces before Me, always.” — Shemos 25:30

One of the miracles of the Mishkan was the lechem ha-panim or showbread. Each week the Kohanim were commanded to bake twelve loaves of bread in a specific manner and then leave them exposed to the air. At the end of the week, whichever Kohanim were serving in the Mishkan would eat the still-fresh loaves.

The Sefer HaChinuch explains the “reason” behind the mitzvah. It states: “Bread sustains man. Therefore, a berachah is constantly needed in it. We are commanded to do a mitzvah with bread because whatever a man uses to fulfill the will of HASHEM is blessed.” The Chinuch is telling us that the lechem ha-panim was significant in assuring the Jewish people that they would have sustenance and success in earning a living.

When we focus on the concept of parnasah or sustenance, this becomes difficult to understand. In Birkas HaMazon, we say, “Hazan es ha-olam kulo b’tuvo — Who nourishes the entire world, in His goodness.” The Chovos HaLevavos explains that much like a host who invites a guest to his home is obligated to take care of that guest, if it could be, HASHEM feels an obligation to take care of each of His creations. It’s as if to say, “I brought you into this world. I have to take care of you.”

That being said, the Sefer HaChinuch is difficult to understand.

If the Sefer HaChinuch had written that when the lechem ha-panim was baked, the Jewish people davened to HASHEM, that might have explained how this would affect earning a living. Or if it had written that when the lechem ha-panim was eaten, the Kohanim asked HASHEM for help, that would also make sense. Prayer awakens the mercy of HASHEM. However, that isn’t what the Chinuch is telling us. It is the mere fact that a mitzvah was done with bread that brought berachah to everyone’s bread. The question is: how does this function? If the Jewish people were worthy of sustenance, they wouldn’t need the lechem ha-panim, and if they weren’t worthy, how would it help?

The answer to this question is based on understanding the systems that HASHEM created to run this world. In the physical world, there are laws that govern the operation of nature. Heat tends to rise. Gases tend to expand. Heavy objects tend to fall. These are inviolable laws that HASHEM created and put into force. We refer to them as derech ha-teva, the rules of nature.

The laws of nature are exact and unforgiving. No matter how nice a guy you are, if you forget to fill up the gas tank, you car will stop. Even if you are a well-intentioned man, if you fall asleep with a cigarette in your mouth, likely it will end badly. And even if you are a loving parent, if, Heaven forefend, your child falls out of a window to the concrete below, there will be grave consequences.

To the untrained eye, it looks like these laws operate outside of HASHEM. It would seem that He set the laws in motion, and once they were in force, the results just happen without Him. Nothing could be further from the truth. The Ramban explains that teva is the guideline that HASHEM uses to run the world. It is the standard operating procedure. But it is Him, totally and completely, running nature.

Nevertheless, HASHEM commands us to go about things in a particular way. To grow wheat, we plant and harvest. To prepare a meal, we light a fire to cook our food. It would be improper to say, “I’ll do nothing and wait for HASHEM to provide my nourishment for me.” That’s not the way that HASHEM fashioned the world, and HASHEM won’t support us if we act that way. We have to use the system in the way that HASHEM wants it to be used. To stay healthy, we are obligated to eat properly and exercise. To earn a living, we have to get a job.

While it’s true that each Rosh Hashanah, the coming year is decreed — good or bad, successful or not, healthy or with sickness — HASHEM still expects certain things from us. We have to do our part. A segment of that means using this world in the derech ha-teva, the rules of nature. At the same time, we have to understand that it isn’t our effort that earns us our daily bread. HASHEM wants us to act in a particular manner, but it’s not our actions that determine the outcome. We have to do our part, and then HASHEM provides the results.

A higher system of nature

This seems to be the answer to the question on how the lechem ha-panim aids in the sustenance of the Jewish people. One of the rules of the upper world is that if someone engages in a mitzvah with pure intentions, that causes berachah to come to the thing he used in the mitzvah. This is one of the decrees that HASHEM put into existence with the creation of the world. It is as much a part of nature as is gravity, density, and the speed of light. The Torah is revealing one the rules of that system here: use it properly and these results happen. Just as working to earn a living is using the world in the way that HASHEM wants, so, too, is using the upper world systems.

This helps us understand the Gemara that states, “Aser kedei lehis’asher — Give tithes in order to become wealthy” (Ta’anis 9a). The Torah guarantees that if you give a tenth of your income to tzedakah, not only won’t you be poorer because of it, you are guaranteed to end up with more money. And this is the one area in which a person is allowed to test HASHEM. Try it and you are guaranteed that the formula will work.

We might be tempted to ask the same question here. What difference does giving ma’aser make? If HASHEM determined on the previous Rosh Hashanah that you will earn a certain amount of money, the decree is set, and that is the amount you’ll make. Why should the amount you give to tzedakah matter?

The answer is that just as there is a protocol to the mundane aspects of earning a living, so, too, is there a protocol for what we do with the money. One of the provisos that HASHEM built into the world is that giving ma’aser will not cost you. It’s as if a flex account is set up on Rosh Hashanah. This is the amount you will earn. If you give a tenth of your income, you will earn more. If you don’t, you will earn less. A financial advisor might not be able to explain it, but it is HASHEM’s world. He created the system, and He alone makes the rules.

The more we focus on these concepts, the more we understand that HASHEM wants us to use the world in particular ways, and it is He alone who controls all outcomes.