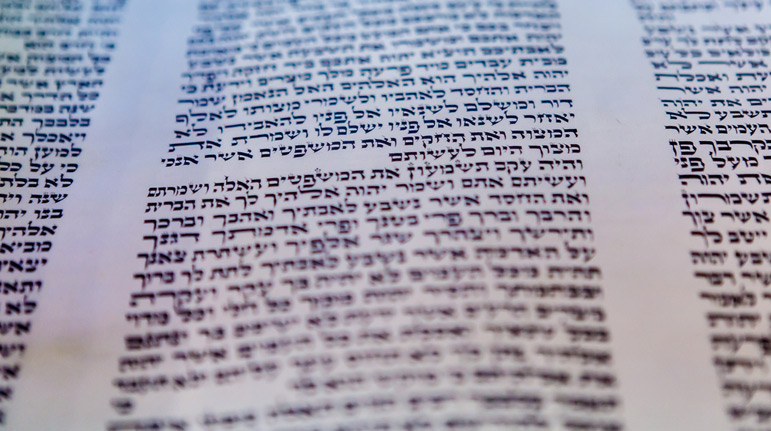 Learning Torah: That was easy!

“On the eighth day, the flesh of his foreskin shall be circumcised.” — Vayikra 12:3

The Da’as Zekeinim (Shemos 21:1) explains that bris milah perfects a person. And only when he has a bris can a person grasp the depths of Torah. He brings an example of this concept.

On the inside of almost every Chumash is the Targum written by Onkelos. While Onkelos became a profound talmid chacham, that wasn’t his beginning. He was a gentile, the nephew of the Caesar Adrianna. He became aware of the truth and desired to convert to Judaism, but he was afraid of his uncle’s reaction. He approached his uncle and said, “I wish to engage in commerce.”

His uncle responded, “If you need money, my treasure house is open to you. Take whatever you need.”

Onkelos responded, “It isn’t money that I seek; it is knowledge. I wish to go out to discover the ways of the world. Please, my uncle, give me advice. Which type of merchandise do you recommend that I invest in?”

Adrianna responded, “Find a commodity that is depressed in value. The ways of the world are cyclic. What is low now will rise later, and you will ride the crest upward and find your fortune.”

With that, Onkelos left to Israel and approached the chachamim, seeking to learn Torah. They told him, “The Torah cannot be absorbed by one who isn’t Jewish.” He converted, went to yeshivah to learn, and became a great Torah scholar.

After he returned home, his uncle noticed that his appearance had changed. “Why do you look different?” he asked.

Onkelos responded, “Because I converted and have learned Torah.”

“Upon whose advice did you do this?”

“Yours, my uncle. Didn’t you tell me to invest in merchandise which is currently depressed because surely it will rise? I searched and found no nation as downtrodden as the Jews. Yet in the World to Come, there is no people that will be as exalted.”

His uncle was so impressed with this line of reasoning that he promptly smacked him across the face. “You could have learned Torah without converting!” he exclaimed.

Onkelos responded, “Torah cannot be learned by one who doesn’t have a bris milah.”

While this is a beautiful story, when we take into account two points, a powerful question emerges.

Firstly, we are dealing with a man who is clearly brilliant. Once he converted, he became such a master of the Torah that he was able to distill all of its wisdom into a concise Targum that has become universally accepted throughout the generations. Obviously, he was of extraordinary intelligence.

Secondly, we are dealing with an extremely motivated individual. He was living in the lap of luxury, enjoying great power and prestige, and had the entire world open to him. He was a favored nephew of the most powerful emperor of his time. When he approached his uncle for help, his immediate response was, “My treasure house is open to you.” In simple terms, he had everything that a young man could dream of. Yet he was willing to give it all up, at risk of his position and maybe even his life, to go to a foreign land to learn Torah. Clearly he was a driven individual.

With all this, why couldn’t he learn Torah without converting? The chachamim didn’t say to him, “You aren’t allowed to learn.” They didn’t tell him that the halachah prohibits a gentile from studying Torah. They said it won’t work. The question is, why not? Here we have a man who was so brilliant and dedicated that he was willing to give up everything to learn. Why would he be incapable of learning Torah if he wasn’t Jewish?

The nature of Torah

The answer to this lies in understanding the nature of Torah.

The Torah is pure wisdom from HASHEM. A Rashi on Chumash can be understood by an eight-year-old child. Yet that same Rashi contains worlds of depth and opens up to understandings that are infinite. The ability to delve into the depths of Torah is precisely what a gentile cannot do. A gentile can study geometry, physics, or business law. Those studies are accessible to the mind of man. The Torah is different. It is the “word of HASHEM” and cannot be perceived by man.

However, HASHEM created the Jew with a neshamah uniquely suited to learn Torah. Different than all of the nations of the world, the Jew alone has the ability to access the Torah, to be able to plumb it depths, and to reach the Divine wisdom contained in it. But more than simply the ability to learn Torah, we were given a tremendous receptivity to it.

Torah comes naturally to the Jew

This seems to be the answer to the question. As wise and as motivated as Onkelos was, had he remained a gentile, he could never have mastered the Torah. Torah is the exclusive heritage of the Jew. Only we have the right to it, but even more, only we have the inborn capacity to understand it and master it.

This concept is very relevant to us because the Torah contains all the wisdom of the world. There may be times when we feel overwhelmed by the challenge. But the understanding that the Torah is our exclusive heritage and that we are uniquely suited to learn it should be a motivating force to help us set goals of mastering our portion in Torah.

We have a natural affinity for learning Torah; while we may have to strain our minds and exert ourselves, we are naturally suited to it, so it settles into our soul easily. We are like a musically gifted child sitting down to play the violin — it is in our blood.