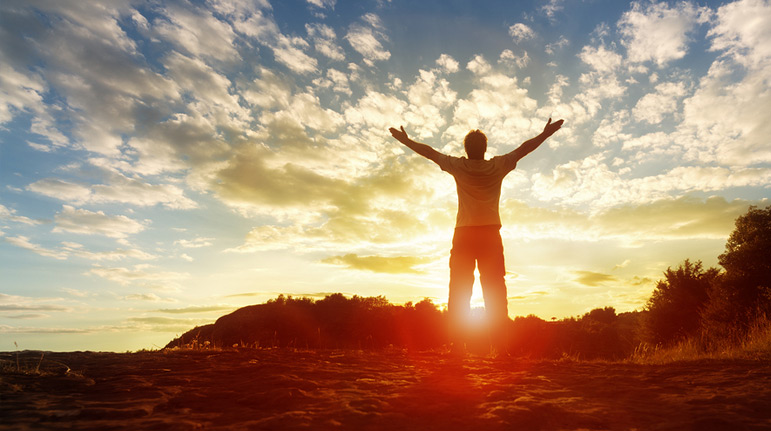 Teshuva is Easy, Change is Difficult

“And Aharon and all of Bnei Yisrael saw Moshe, his face illuminated, and they feared approaching him.” — Shemos 34:30

With the entire Nation gathered at the foot of Har Sinai, Moshe Rabbeinu went up to receive the Torah. When he came down forty days later, the Jewish People were in a very different state than when he had left them. Through the influence of the mixed multitude, they were engaged in a form of idol worship. While it’s true that the vast majority of the people didn’t actively engage in the act, for such a people so soon after hearing, “I am HASHEM Your G-d,” directly from our Creator, this was so egregious that it was considered as if they had each participated. The only hope was for Moshe to beseech HASHEM for mercy.

After destroying the Golden Calf, Moshe went back up Har Sinai, spent another forty days with HASHEM, and then He forgave the Jewish People. Then HASHEM told Moshe to go back up a third time, now to reaccept the Torah and bring down a second set of luchos.

This time, when Moshe came down his face was illuminated — literally shining from holiness. When the people saw him, they were awed and didn’t dare to look directly at him. From that point on, whenever Moshe went out in public, he wore a veil to hide his face.

Rashi comments that earlier, when HASHEM Himself appeared to the entire nation, everyone — man, woman and child — was able to look at HASHEM. Now even just the reflection of the HASHEM’s glory on the countenance of a man was more than they could handle. From here we see the damage of sin.

This Rashi is difficult to understand. Moshe came down the final time on Yom Kippur. For generations, that day has been set aside as a day of forgiveness because HASHEM forgave the sin of the Golden Calf. And even more, Moshe immediately commanded the Jewish People in the mitzvah of building the Mishkan (tabernacle). This was to be a permanent sign that HASHEM forgave the Jewish nation. Clearly, the sin was forgiven, so why couldn’t the Jews look at Moshe’s face?

The answer to this can best be understood with a moshol.

The Judge Can Forgive Him

Imagine a man who, after having a few too many drinks, gets into his car and begins driving. It takes a while before he is pulled over, but finally, the police arrest him, and he stands trial for driving while intoxicated. Understanding the gravity of the charges, he makes a heartfelt appeal to the judge. “Your honor, what I have done is wrong, and there is no excuse. I endangered the lives of others as well as myself, and there is no defending my conduct. I cannot express my shame and regret for my actions. However, it is a first offence, and I am a family man, and community-minded. I beg the court to have mercy.”

If the man is convincing, and the circumstances support him, the judge may forgive him and waive the charges, in which case the offense is stricken from the record, and he is the same as he was before the fateful event happened.

But what if when he got behind the wheel of his car, and instead of being pulled over by the police, plowed into a telephone pole? By the time the paramedics get to the scene, it looks bleak. As a last measure, a helicopter flies him to the nearest hospital, but there is nothing that could be done. His spinal cord is severed, and he is paralyzed from the waist down.

In this case, if he were to stand trial for drunk driving, the judge may forgive him, and his record may be clean, but the damage is still there.

This seems to be the answer to Rashi. The Jewish Nation did teshuvah and were forgiven. But the world was still changed. At that pivotal moment in time, for the Exalted Nation to engage in something akin to idol worship changed the very spiritual dimensions of the world. Yes, they were forgiven for what they did, but they weren’t the same as they were before, and neither was the rest of Creation.

This concept is very applicable to us. On Yom Kippur, we are charged with the mitzvah of teshuvah. Teshuvah involves four parts: separating from the sin, regret, confession, and a plan not to repeat the offence. But there is still more work to be done. I have to repair the damage done.

If over the past year, I haven’t learned properly, I can ask HASHEM to forgive me for my lack of diligence, but I still remain lacking. It’s up to me to now fill in what I have lost. If I have had words with relatives of friends, it’s not enough to ask forgiveness. That takes care of the actual sin. But the repair of the relationship still has to be done. And certainly in terms of the way that we treat our spouses, while we will ask forgiveness, and can expect it to be granted, the real work is looking forward and asking ourselves, “What can I do to make my marriage better?”

Teshuvah can eliminate the sin and make it as if it never happened, but it can’t make up for the lost opportunity. That can only happen with a course correction, accomplished with careful analysis of how we spend our time and asking ourselves the critical question: am I happy with the direction of my life?