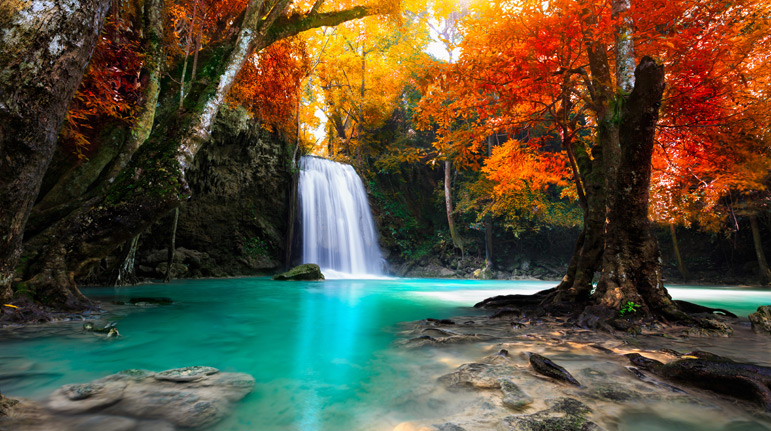 “For I am HASHEM your G-d — you are to sanctify yourselves and you shall become holy, for I am holy; and you shall not make your souls impure through any creeping things that creeps on the earth.” — Vayikra 11:44

The Torah seems to be connecting holiness with not eating impure food. Rabbeinu Bechaye explains that this is the Torah system for spiritual growth. By keeping the mitzvos in general and by not eating forbidden foods specifically, the desires in man become weaker and his seichel becomes stronger. Thereby, he becomes holy.

This concept is very difficult to understand. Controlling one’s desires is a fine notion, but how does that make a person sacred? It may stop him from becoming a hedonist, but it won’t make him holy.

The nature of man

The answer to this question is based on a more focused understanding of human nature.

The Chovos HaLevavos (Sha’ar Avodas Elokim 3:2) explains: When HASHEM created man, He joined two distinct elements to form his living soul. These are his spiritual soul (what we call his neshamah) and his animal soul. The conscious “I” that thinks and feels is made up of both parts. The neshamah comes from under the throne of HASHEM’s glory. It is pure and lofty, holy and sublime. All that it wishes for is that which is good, proper, and noble. Because it comes from the upper worlds, it derives no benefit from this world and can’t relate to any of its pleasures. The other part of man’s soul is very different. It is exactly like that of an animal, with all of the passions and desires necessary to keep it alive. That is his animal soul.

An animal has a living essence. Just like man, it has a part that isn’t physical, but spiritual. It is attracted toward certain types of objects and repelled by others. A dog, for example, will form attachments to its master and will even risk its own life to defend him. But when the dog sleeps, its body lies there flat and almost lifeless. When it wakes up, its essence comes back again. That part of the animal, its inner essence, is its animal soul.

HASHEM implanted into the animal soul all of the drives it will need for its survival. A cat hunts mice by instinct. A bird eats worms because of an inner urge. Those instincts and hungers are part of the animal soul.

Man also has an animal soul. There is a part of him that yearns for physical things. He desires to eat, sleep, and procreate. HASHEM put into man’s animal soul all of the inclinations he needs to stay alive. If he follows these instincts, he will survive, and the species of mankind will continue.

The fight in man

These two elements of man are opposites and are competing for primacy. Each vies for control over the person. As a result, man is in constant flux. The more he uses one side, the stronger and more influential it becomes. Much like a muscle that becomes stronger with use and atrophies with disuse, if a person uses his spiritual soul to control his animal soul, it becomes stronger, and he becomes elevated. If he gives in to his desires, then the animal soul gains command. His desires become more intense and frequent. They demand to be fulfilled more often and with more force until man becomes controlled by his drives.

Life is a battle between these two forces. Ideally, if a person succeeds completely, his pure intellectual soul will harness his animal soul and use it for the purpose of keeping himself alive. However, if a person allows his animal desires to win and he follows their natural pull without controlling them, they will become stronger and eventually rule over him.

Most of the mitzvos of the Torah are based on maintaining a fine balance in the two sides of a human. Because these two parts of man, the neshamah and the animal soul, are at war, the Torah forbids certain activities because they give an unfair advantage to the animal soul. They strengthen it and give it extra force. Just as too much caffeine causes people to be jittery, anxious, and short-tempered, certain foods affect our spiritual balance. When meat and milk are cooked together, the combination strengthens the animal soul of man. To understand how it does that, you would need to be a scientist of the soul. That law is called a chok because the average person isn’t schooled enough in spirituality to understand how it works. But the Torah warns us against this combination because it has the effect of making the animal soul more powerful and primary.

The Gemara (Yoma 39) tells us that treif food deadens the heart of man. When a person eats forbidden foods, it becomes more difficult for him to feel the holiness of Shabbos, to learn Torah, and to feel another person’s pain. Why is this? Because in that fine balance of his personality, the animal soul has been strengthened, and by consequence, his neshamah is weakened. The person becomes more animal-like and less G-d-like. And now, it is more difficult for him to relate to spiritual matters.

A pull to holiness

This seems to be the answer to the question on the Rabbeinu Bechaye. Within man, HASHEM implanted a neshamah so pure that it pulls him to greatness. Its only desire is to be as much like HASHEM as it can be. HASHEM is perfect. HASHEM is holy. And so, man’s neshamah pulls toward perfection, toward becoming as holy as a human can be.

The difficulty with man reaching this state is that his animal soul tugs him toward everything temporal and passing. Its desires are immediate and mundane — the opposite of all that is holy and sublime. The more that man gives in to these desires, the stronger their pull on him. If left unchecked, they would turn him into an animal in the form of a man. So the Torah warns us against these activities that will prevent us from attaining a true state of holiness.

This concept is particularly relevant because the Torah is teaching us that being holy isn’t foreign to us. Quite the opposite, it is part of our very nature. Half of our personality only wishes for that which is elevated and proper. If we listen to that side, we will be holy. The difficulty is that there is another half of us blocking the way to that state. To grow, we have to resist its call and stand up against its pull.

Each of the mitzvos guides us toward perfection. Do this, and your neshamah will shine. Don’t do that because it will sully you and make it more difficult for you to actualize your potential.

Holiness is inborn in us. All we need to do is use the system to bring it out. When we do, we fulfill the reason for Creation and our purpose for being put into this world. We become more like HASHEM; we become holy.