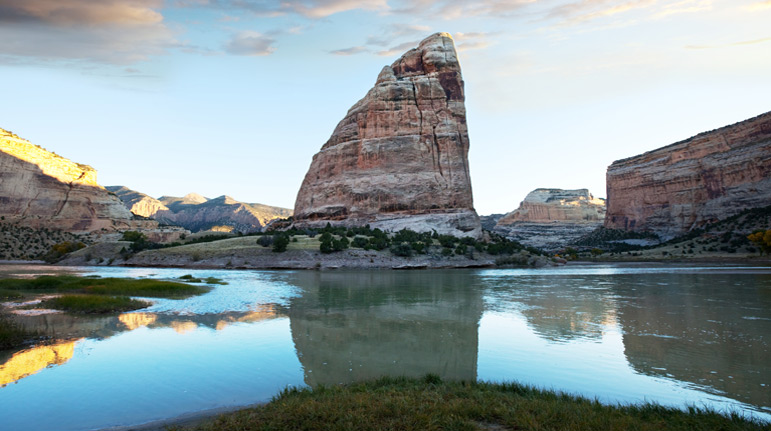 “But the men who had ascended with him said, “We cannot ascend to that people for it is stronger than us!” — Bemidbar 13:31

The miraglim (spies) came back with the report that Eretz Yisrael was occupied by giants that couldn’t be vanquished. The expression that they used, though, was “stronger than him.” Rashi explains that the “him” they were referring to was HASHEM. The spies were saying that the giants were so powerful that even HASHEM couldn’t win against them.

This Rashi is very difficult to understand. HASHEM created the heavens and the earth and all that they contain. The people of that generation saw this more clearly than any other. They had all lived through the ten plagues. A few months earlier, they had witnessed HASHEM split the sea into twelve parts. How is it possible that they could believe something so foolish — that these mere mortals, large as they might be, were actually stronger than HASHEM?

This might be easier to answer with a different perspective.

The vastness of space

In Selichos we say, “Amongst all of the gentile nations, there is no king as powerful as You, HASHEM.” But comparing HASHEM to mere mortal seems insulting. How can Chazal use such a poor comparison, one that so belittles (if it could be) the honor of HASHEM?

The answer to this lies in the difference between knowing something and feeling it. As an example, let’s look at the phenomenon called distance. If you are sitting in a large room, the distance from you to the wall isn’t great, perhaps one hundred or two hundred feet. The distance between New York City and Tel Aviv, however, is of a different magnitude. Even flying at five hundred miles an hour, it takes twelve hours to arrive — because six thousand miles is a great expanse.

Yet in terms of measuring distance, continents aren’t considered remote. The distance between the earth and the moon is approximately 250,000 miles. And the distance between the earth and sun is approximately ninety-two million miles, a gap so large that it is difficult to relate to. To get a sense of how far that is, let’s look at an interesting fact.

The sun is the main source of light, heat, and energy on earth. Scientists estimate that the core temperature of the sun is sixteen million degrees. If you were to take a single grain of sand, heat it to that level, and bring it back to earth, it would cause everything within a sixty-mile radius to erupt into flame. Even a speck of matter that hot contains so much energy that it would consume everything around it.

Yet the sun is so far off in space that the rays of light emanating from it spread out, and only a fraction of them enter into our atmosphere and are converted into energy. And so, the temperature on earth can sustain life.

What would happen if the distance were less? Say forty-five million miles? The heat on the planet would rise radically, and life would cease to exist. However, because we are so distant from the sun, the energy dissipates. Only two billionth of one percent of it reaches us, so it gets to be a nice balmy seventy-five degrees in the spring.

A yardstick for measuring space

When it comes to the known universe, though, distances like these aren’t even noticeable. In fact, objects in space are so far apart that measuring them with miles is like measuring the distance between New York City and Los Angeles in inches. A different frame of reference is needed, and so the speed of light is used.

Light travels at approximately 186,000 miles per second. If you mark the time that it takes for light to travel from an object in the sky to earth, you can calculate its distance. Convert the time span into seconds and multiply that by 186,000 miles, and you’ll know how many miles away the object is from earth. Using this system, the distance from the earth to the moon is a mere one and a quarter light seconds. From the earth to the sun is just eight minutes. And now we can put the universe into perspective.

The star closest to the sun is Alpha Centauri. Light traveling from it takes fifteen hundred days to arrive here. It is so far away that light hurtling at 186,000 miles a second takes more than four years to bridge the expanse.

But Alpha Centauri and our sun are not the only stars in the universe. The night sky sports a vast array of stars, stretching out as far as the eye can see. Astronomers estimate that in the Milky Way galaxy alone, there are over a hundred billion stars. Each one is as powerful as our own sun. And most of them are as distant from their neighbors as the sun is from Alpha Centauri. The entire Milky Way unfolds across a span of empty space that baffles the mind.

But of course, the Milky Way is not the only galaxy in the cosmos. There are others. Many others. And here is where things start to get interesting. To help us understand the size of the cosmos, scientists use a parable. If you were to compare the Milky Way galaxy to the rest of the known universe, it would be similar to comparing a coffee cup to the United States of America! There are over a hundred billion galaxies, each containing over a hundred billion stars, spreading across thirteen billion light years of space that is ever expanding.

The Chovos HaLevavos asks: why did HASHEM need to create so vast and complex a universe? He answers that part of the reason is that we should have a glimpse into the greatness of our Creator. If this is the Creation, what does that tell me about the Creator?

So if we know this, how is it possible that we aren’t filled with a powerful sense of awe and reverence for our Creator? Why don’t we tremble when we stand in front of HASHEM? But therein lies the problem. When we deal with things so beyond ourselves, we tend to lose perspective, and they stop having an impact on us. We know it — but we don’t feel it.

This seems to be the answer to the expression in Selichos. Of course, it’s a huge understatement to compare HASHEM to a mortal king. But a powerful king evokes real fear in people’s hearts. The fact that HASHEM fills the cosmos is too removed; the fact that He is stronger than even the mightiest tyrant is far more tangible.

And this seems to be the answer to how the spies could think the giants were more powerful that HASHEM. Yes, HASHEM is strong and He can split the sea, but that is far removed from daily life. These were giants taller than trees. Even though on an intellectual level, the spies recognized that HASHEM was far more powerful, on an emotional level, it didn’t register, so they feared the giants even more than HASHEM.

Even HASHEM can’t get me out of this

This concept has great relevance to us when we find ourselves in situations that seem insurmountable. Much of the problem is that we view things from our small world, and so we find ourselves thinking things like, “I owe so much money that even HASHEM can’t bail me out of this.” While intellectually, we recognize the foolishness of these thoughts, on an emotional level, they still overwhelm us.

As big as our problems are, to HASHEM they are tiny. By focusing on the fact that HASHEM created the heavens and the earth and all that they contain, we can feel on an emotional level that He is all-powerful and can easily redeem us from even our worst fears.