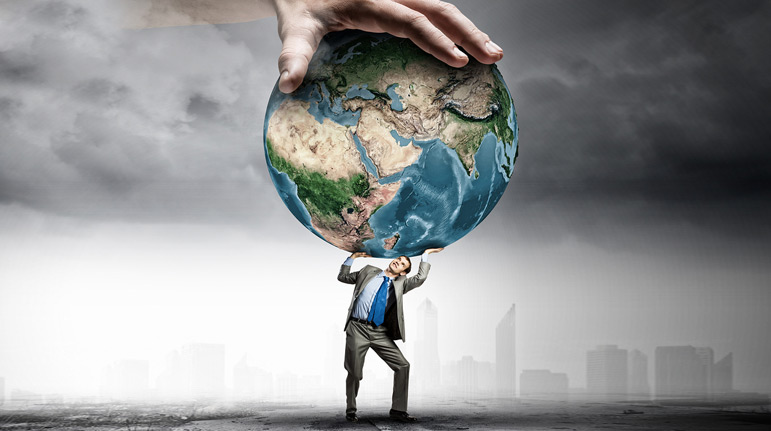 One of most tragic events in the history of our people was the sin of miraglim (spies). When we left Mitzraim we were exalted and untouchable, feared by all the nations, respected by the world.  Forty-nine days later we gathered at the foot of Har Sinai to accept the Torah. The plan was for the Chosen People to then march right into Eretz Yisrael. Had the events transpired as planned, the conquest would have taken root so deeply that we never would have been thrown out –– to this day, we would still be in our land.

But all of this was to change. The course of our nation’s history, as well as that of humanity’s was altered by the report of the spies. “The land of Israel is occupied by giants. There are powerful nations living in fortified cities.” In the minds of the spies, if the Jewish nation were to attack we would have been slaughtered wholesale, man woman and child.

For that reason they attempted to turn the nation against the idea. They came back with fruit from the land to show that just as the produce is gigantic so too are the people—if we attack—we will be lost.

Their goal was to launch a rebellion. Not simply a rebellion against Moshe as the leader- a revolution against HASHEM Himself. The accusation was quite simple—HASHEM is good, but not good enough.

Rashi explains that Kalev was aware of the deceit of the group and therefore, he alone went to Chevron, and laid down on the graves of the Avos – begging for mercy. “HASHEM please protect me from being dragged into their scheme”

This Rashi is quite difficult to understand. Chalev knew that the mirgalim were wrong. He understood that they were rebelling against HASHEM. Why did he need to beg for mercy—he recognized their error?

It is forbidden to punch your friend

Imagine that you were to walk into a shul and see, a sign, prominently placed, that read, ““It is forbidden to punch your friend with your fist.” You would be shocked. What type of barbarians are these people? And so, you walk over to the Gabbai and ask him, “Why in the world do you need to have such a sign” He answers you, “Well, sometimes things get a bit heated, and it isn’t that uncommon for a man to punch his friend. So we felt the sign would help, sometimes.” At which point you say to yourself, why type of people is it that needs a public warning about something so basic to human decency?

The reason was because the Jews in Slabodka lived amongst the gentiles of Poland. In a typical Polish house if the woman burnt the potatoes, the man of the house would promptly smack her right across her face. That was normal, expected behavior. While the Jews certainly were different, the surrounding culture affected them, it changed the way that they treated their own wives, and it changed the way they acted towards each other.

The effects of peer Pressure

We are much aware of the effects of peer pressure on children. Often more potent than the teaching of the home, and more impacting then the lessons taught in Yeshiva, a child’s peer group will have a profound influence on him.

Amongst children peer pressure can exert an almost magnetic, irresistible force. If the group is doing “it”, then the child will be pulled towards doing it, even if he doesn’t want to, and even if he recognizes it as wrong. The need to belong, the desire to be accepted can be so strong that it can pull him in, almost against his will.

In adults, peer pressure functions differently. It is rare to have a situation where the pull is that strong that a person knows something is wrong but does it anyway. Typically the influence of my friends changes the way that I view things. If the group that I identify with accepts this type of behavior, it becomes OK- this is what we do. I’m not saying it is right, I’m not saying that you will go to the front row of Gan Eden for it—it is just something that we do.

This seems to be the answer to this Rashi. Kalev knew the miraglim were wrong- he was certain of it. But he was also afraid—these were great men, men very strong in their opinions. They had reasons to believe in their position and Kalev was afraid that they would influence him and he would begin to hear their position. For that reason he begged for mercy. HASHEM – I see things clearly, now. I understand them. Please don’t let their views influence me. Please don’t let me lose this clarity of thought. Even a man as great as Kalev, dealing with an issue as serve as a national rebellion against HASHEM, was afraid of the influence that his peer group would have upon him- and so he davened for help.

This concept is very relevant to us. The society we live in, the neighborhood we choose, the shul we daven in, and the friends that we choose, affect us. They won’t make us do something that we know is wrong- but they will influence us to view things differently.  The change in attitude isn’t immediate, but if you meet a friend from the old days twenty years later and you took different paths in life, he moved to Eretz Yisrael and you to Brooklyn, while you still share many memories and attitudes, there are real differences in your priorities, attitudes and expectations- that which is normal has changed, that which is acceptable has changed, you have been influenced for the good or the bad by the friends that you chose.