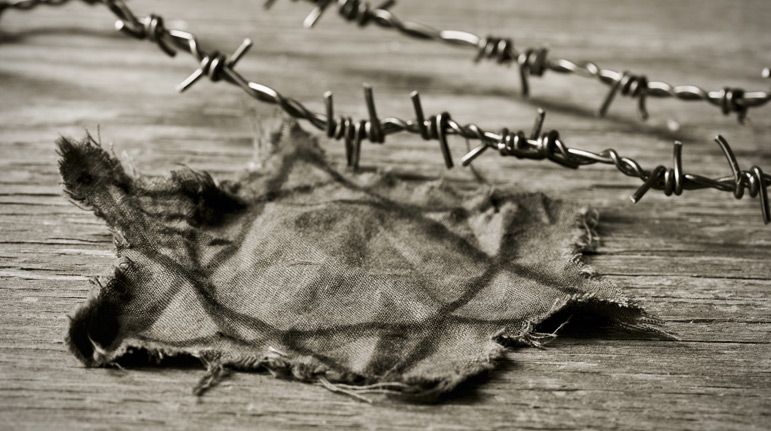 Purim: They Don't Make Anti-Semites Like They Used To

“In the third year of his reign, he made a party for all of his officers and servants, the rulers of Paras and Madai, the Partamim and rulers in front of him.” – Esther 1:2

This concept becomes very difficult when we focus on who this man was.

Rashi tells us that Achashverosh wasn’t born to nobility. He was an ego-driven lout who kicked, clubbed, and clawed his way into power. His ambition was nothing short of world dominion, and he had recently achieved his dream – Emperor of the Earth. When the Megillah opens, his honor and glory have been ripped out from under his feet. How is it possible that he made a party? How could he possibly be filled with joy?

The answer to this question comes from a better understanding of what actually drove this man.

In the first posuk of the Megillah, Rashi explains that Achashverosh was consistent – consistently wicked from the first verse until the very end. Make no mistake; this man hated the Jews as much as anyone in his times. But he knew why he hated the Jews: the Jews represented HASHEM, and he was engaged in a war against holiness.

As an example, the Nesivos explains why the Megillah delineates the details of the party that Achashverosh threw. We are told about the tapestries on the walls, the food served, and what the guests drank. Why, nearly twenty five hundred years later, do we need to know that the golden benches were covered with butz and agraman?

The Nesivos explains that this was all part of the plan. The focus of the party was the last seven days when the “people of Shushan” were invited. Shushan then was the center of Jewish life. Mordechai met with the Sanhedrin there daily. It was the epicenter of religious Jewry, and that was Achashverosh’s target. He  invited the Jews to his palace to get them to sin. Everything in the party was focused towards that goal.

The benches were covered with butz and argaman, wool and linen, which is shatnez. The tapestries on the walls were placed there to get the Torah sages of the generation distracted. Maybe their eye would be caught and they would look at something inappropriate. The food at this affair was “according to each man as he wished.” It was kosher by design. Achashverosh knew that if he forced the Jews to eat treif food, it wouldn’t be considered a transgression; he needed to get them to sin willingly. So each invitee was given a private waiter and could ask for exactly what he wanted.

Achashverosh even eliminated the ancient Persian custom of forced drinking. At this party the drinking was done willingly. No one was forced. Achashverosh knew that if the Jews were drunk, there would be much less of a complaint against them. He did everything in his power to get them to sin in as an egregious manner as possible. He knew that if he got them to sin, they would be his for the taking.

When Haman came with his “plan” to kill the Jews, it wasn’t a difficult sell. Chazal give a parable: imagine two farmers with adjoining fields. One says to his friend, “I have this large pile of dirt in my field. Because of it, I can’t plow. You have a large ditch in your field. Because of it, you can’t plow. I would like to take my pile of dirt and put it in your ditch. For this, I will pay you handsomely.” The second farmer responds, “Pay me? You don’t have to pay me. I will gladly let you do it. You benefit, I benefit; there is no need to pay me. Go ahead with my blessings.”

When Haman offered the ten thousand talents of silver to “pay for the killing of the Jews,” Achashverorsh’s response was, “The money is yours to keep. As to the Jews, do with them what you please.” He didn’t even accept the fortune of money being offered to him.

The key to understanding this man is to recognize that as much as he was set on world conquest, he was engaged in an ideological war; a war against holiness, the Jews, and G-d.

This seems to be the answer to the question. Granted Achashverosh had just recently suffered a great personal setback, the loss of half his empire.  But he had been given something even sweeter – he was given the Jews. He had the ability to eliminate the ultimate source of holiness in the world – G-d’s people – and therefore he was joyful and celebrated. This man was a real Anti- Semite.

They don’t make Anti- Semites like they used to

This concept is eye opening because for thousands of years, everyone has hated the Jews, yet the vast majority of our modern Anti-Semites couldn’t tell you why. If you were to ask one of them, “Why do you hate the Jews?  You would likely see him take on the glassy-eyed look of the semi-conscious. “Why? Why do I hate the Jew? I hate him so much that I would drink his blood!” His hatred is quite clear, based on his fury and drive. But what is his reason? Your run-of-the-mill Anti-Semite can’t answer the question intelligently.

It is ironic that through the eyes of our enemies, we can come to understand the significance of the Jew, and the pivotal role that he plays in world history – that of G-d’s Chosen People.

May HASHEM quickly redeem us, and may we regain our unique status of the Exalted Nation.

Do you still think the Jewish People are an exalted nation? Comment below!