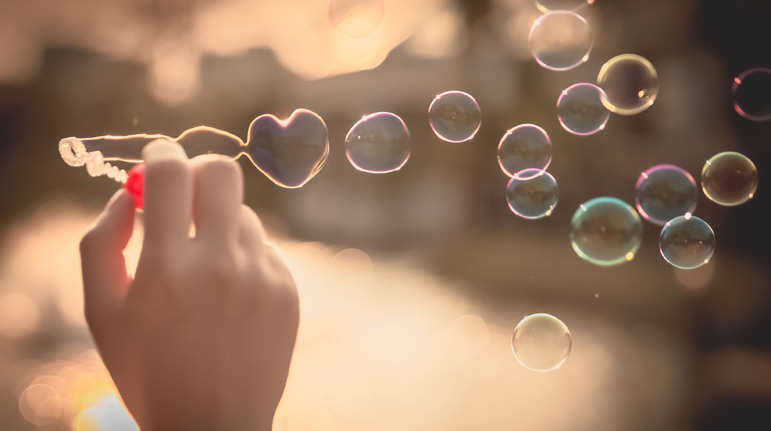 Joy of a Mitzvah- Understanding Life

In the eighth year of Achashverosh’s rule, on the thirteenth of Adar, every Jewish man, woman and child was to be slaughtered. Young or old, wealthy or poor, they were counted as one, and on that fateful day, the Jewish people would cease to be. According to the ways of the world and according to the natural course of events, that is what should have happened.

But it didn’t. In the greatest reversal of fortune, the tables were turned and the Jews were saved. In a heartbeat, they went from death to life, from despondency to hope, from being sheep led to the slaughter to having Mordechai HaTzaddik paraded through the streets of Shushan. The people had lived through an astonishing miracle, and they experienced great joy. “And the Jews of Shushan were jubilant and celebrated.”

Yet, when the Gemara describes their elation, it seems to leave out the issue of life and death. Where the Megillah says, “The Jews had light and gladness, and joy and honor,” Chazal interpret it to mean, “The Jews had Torah, yom tov, milah and tefillin,” as if to say that the reason the Jews were celebrating was because they again had the opportunity to do these mitzvos. The issue of their being granted their lives doesn’t seem to weigh into the equation. It seems that the Gemara is saying that their entire celebration and their source of joy was that they were now once again able to perform these mitzvos.

This is very difficult to understand. Granted, these might be additional reasons to celebrate, but isn’t life a much greater reason? They were going to die, and HASHEM saved them. Isn’t that the greatest cause for celebration and giving thanks to HASHEM?

To understand this, let’s fast forward to a modern day, rags to riches story.

Born in 1934, Sheldon Adelson was the son of Ukrainian immigrants. His father drove a taxi, and his mother ran a knitting shop. He grew up in one of the poorest sections of Boston. But even as a young boy, he showed great ambition, first selling newspapers on the street corner, and then running his first business at the age of twelve. He went on to build over fifty businesses, eventually owning the Venetian Sands Hotel and Casino in Las Vegas. He became a very wealthy man.

A funny thing, however, happened to Sheldon Adelson in 2003 when he took the Sands Corporation public. The stock skyrocketed, and his assets went from 1.4 billion dollars to 20 billion dollars in a year and a half. Forbes Magazine estimates that during this time, his wealth increased at a rate of one million dollars per hour.

A million dollars an hour is a tidy sum of money. To illustrate what that means, imagine that during this time, he sat down to a nice leisurely lunch. When he got up and walked away, he was a million dollars richer. Or if he went for a dip in the pool, by the time he had dried his hair, he was seven hundred and fifty thousand dollars wealthier. If he took a nice Shabbos nap, by the time he woke up, another three million dollars were in his coffers.

Extremely wealthy people describe getting rich as exhilarating — almost intoxicating. “It is one of the most pleasurable experiences on the planet.” It seems that having wealth is nowhere near as much fun as acquiring it. And here this man was gaining wealth at a dizzying pace. It is difficult to imagine the sense of excitement he must have felt.  Wow!!! Life is awesome. More and more! This is indescribably great!

This seems to be the answer to the Gemara. When the Jews of Shushan were saved, they saw HASHEM taking care of them, orchestrating events, running the world. They saw behind the veil of physicality and recognized their Creator. But more than just seeing HASHEM, this experience changed their understanding of life.

Someone who has had a near death experience is a changed man. His interests change. His value system changes. The pursuits that once gripped him lose their hold. Because he tasted death, he looks at life differently. And he questions. Why is life so precious? What is the tragedy of death? We all die anyway. Sooner. Later. What difference does it make?

Rav Matisyahu Salomon, shlita, the Lakewood mashgiach, explained that this is what Rashi is telling us. When the Jews of Shushan celebrated, it was because they had reached a different understanding of life. A moment earlier, death was upon them. Yet, suddenly, inexplicably, it all turned around. As a result, they were a changed people. They no longer valued the things they once did; they viewed life from a dramatically different vantage point.

And because it was so sudden and the change so complete, it catapulted them to a level of understanding that was unprecedented. It was all clear. And, they felt tremendous joy — but joy for a reason, happiness for a cause. They understood the reason that HASHEM put them on this planet. They recognized the extraordinary wealth they could acquire with one mitzvah. And this is what brought them happiness.

This concept should be very relevant to us, as we, too, should be happy beyond description. Every moment of life is an opportunity to acquire wealth of unimaginable proportions — far more than a million dollars an hour. One word of Torah learning is a jewel that will last forever. Putting on tefillin once is an eternal treasure far more valuable than anything found in this world.

When a person understands this, his perspective changes. He understands the great opportunity that HASHEM has given him: a chance to acquire eternity. He will be filled with happiness and joy, and he will take on life with a passion.

What are three things in your life that make you feel rich? Tell us below!