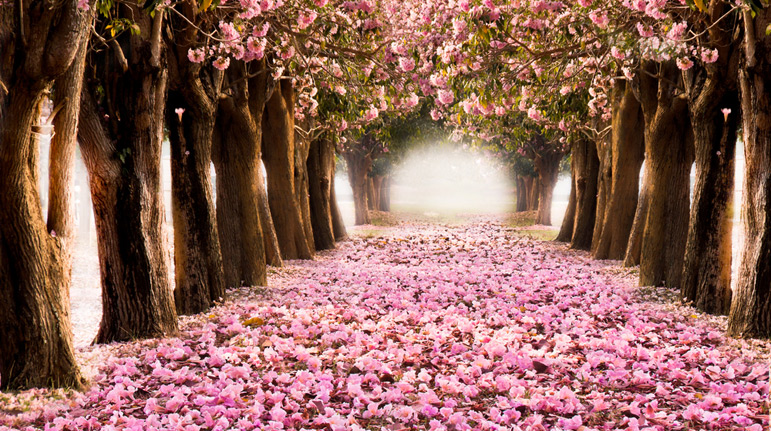 On the 13th of Nissan, Haman approached Achashverosh with his plan: the complete annihilation of the Jewish people. Achasverosh agreed, and the wheels were set in motion.

The Targum tells us that Eliyahu Ha’Navi came to Mordechai and informed him of all that had transpired.

Mordechai immediately sent word to Esther, asking her to appear before the king to beg mercy for her people.

Esther responded, “Gather together all of the Jews of Shushan, and fast for three days and three nights. After that I will go to the king.”

Mordechai declared the next three days as a fast.

Rashi notes that the next three next days were the 14th, the 15th, and the 16th of Nissan. That means that Mordechai decreed a fast day on the 15th of Nissan, the first day of Pesach.

This seems difficult to understand. Why would Mordechai decree a fast day on Pesach? The Jews were to be destroyed in Adar, which was eleven months away. Not an anti-Semite in the land dared to raise a finger against the Jews before then for fear that Achasverosh might change his mind. If there was almost a full year until actual killing was to take place why then would Mordechai choose the very next day — a Yom Tov — to fast? Shouldn’t he have waited and chosen a more appropriate date in those eleven months to organize a well-prepared Teshuvah rally?

What makes this even more difficult to understand is that the Jewish people needed every zechus they could get. Mordechai was told that the decree was agreed upon in Shamayim. The problem wasn’t with the enemies of the Jews; it was with us. That being the case, surely the more logical approach would have been for the Jews to keep all of the mitzvahs of the Yom Tov, allowing them to eat Matzah on the fifteenth. By doing so, they would be in a much better place to stand in front of HASHEM and ask for mercy. They could make the fast day at a later date. Why the urgent rush to act?

The answer to this question is based on understanding human nature.

Bill Gates, founder of Microsoft, went from being a college dropout to being the wealthiest man in the world in a very short time. During an interview about his meteoric ascent, he was asked, “To what do you attribute your great success?”

This seems to be the answer to the question on this Rashi. As the head of the Sanhedrin, Mordechai had the responsibility of the generation on his shoulders — and he recognized human nature. As the Jews of Shushan gathered in the central square, the great Tzadik was wearing sackcloth and ashes. When he told them of the decree from Heaven, everyone understood the gravity of the situation. They got it. They recognized that there was no one to turn to, no one to bail them out. According to the ways of this world, there was no hope.

With that clarity of understanding, they then had the ability to harness the most potent force on this earth. By earnestly turning to HASHEM as their only salvation, by begging for His mercy, they could potentially overturn the decree. But doing that required the utter and complete perception that there was no other way. At that moment in time, the Klal Yisroel had the spiritual awakening and motivation to do just that.

But let’s imagine that Mordechai would have set the fast day for the next week, or the next month, or in two months. The fire of excitement would have died down, the sense of impending doom would have weakened, and the teshuvah would not have been complete. That is human nature. We hear about something, it moves and awakens us, and we feel a certain way, but that fever pitch fades with time. The next day, the next week, the excitement has weakened. And with it, the clarity goes as well.

Recognizing this, Mordechai seized the moment. He decreed the very next day as a fast. Let nothing stand between this moment of clarity and the reaction we need — total subjugation to HASHEM. Because of this, the Jewish people were in fact able to turn around the events, and in place of a holocaust, we now celebrate Purim.

This concept has great relevance to us. We all have moments of inspiration. At certain points of life, events occur that give us a different clarity of vision. We recognize how great our mission is, how fleeting life is, and how little time we have left on the planet. At that moment, we understand things from a very clear perspective. The question is, what do we do at that moment? To be truly successful, we need to utilize those moments of excitement. We have to lock them in; we have to take massive and immediate action to harness those moments of clarity into concrete actions. Being inspired is wonderful, but doing something with that inspiration is what allows us to reach greatness. If we live through life’s moments of inspiration and don’t use them to reach concrete decisions, then it is a waste of the precious opportunities HASHEM has given us.

However, when a person does use those moments of inspiration to change his actions, he takes those moments and turns them into permanent acquisitions. By doing so, he spends his time here on the planet in an ever-spiraling climb to spiritual greatness.

Want to learn more? Click here to access ‘The Story Behind the Story‘ a verse by verse analysis on Megillas Esther.

When do you think it’s appropriate to take ‘massive and immediate action?’ Comment below!