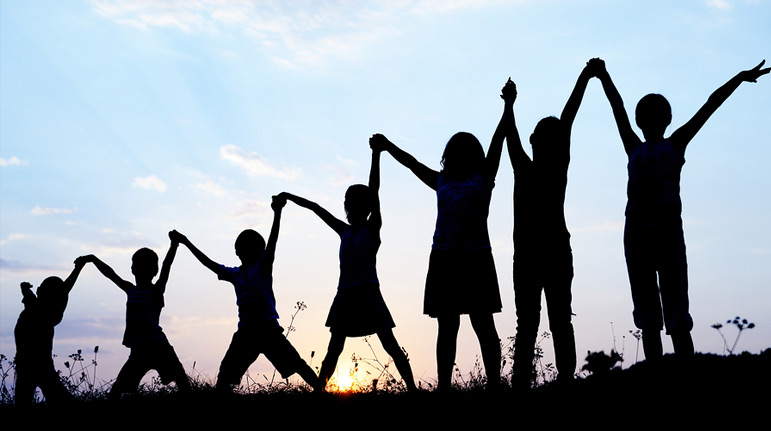 Your Attitude Determines Your Altitude

After many grave warnings against leaving the ways of the Torah, Moshe Rabbeinu tells the Klal Yisroel that learning and keeping the Torah is within easy grasp of each of us. “Acquiring it doesn’t require wings to fly to the heavens, and studying it doesn’t demand crossing oceans.” Rather, Torah is well within the reach of each person.

Rashi, in commenting on the words, “It is not in the heavens,” adds the explanation: “For if it were in the heavens, you would be obligated to go up after it to learn it.”

If only I had wings to fly

This Rashi is difficult to understand. Rashi’s role in Chumash is to clarify what the Torah means. As an aid to understanding, he may use examples and parables, but the goal is always to explain the pshat — the straightforward meaning of the posuk.

Not only doesn’t this comment help us understand what the Torah is telling us– it isn’t true. Since time immemorial man has dreamed about flying, but man cannot sprout wings and fly. How can the Torah expect the impossible from us? And even more, this explanation is the opposite of what the Torah is trying to tell us. The entire paragraph outlines how close the Torah is and how easy it is to attain it. What is Rashi trying to teach us with his comment, “If it were in the heavens, you would be obligated to go up after it to learn it?”

The answer to this can best be understood with a moshol:

An amazing feat of strength

In 1997 in Tallahassee, Florida, a young boy was involved in an accident, and ended up being pinned under the wheel of a car. Rescuers couldn’t help him; he was trapped. An onlooker, seeing the danger, rushed over, and almost without thinking, reached for the fender of the car, lifted it off the ground, and freed the boy – a feat of amazing strength.

The unusual part of the story is that the hero, the one who lifted the car, was not a trained emergency professional or some big burly fireman, but rather the boy’s 63-year-old grandmother who had never before lifted anything heavier than a bag of dog food.

The story became a media sensation and Dr. Charles Garfield, the author of a book of fantastic sports feats entitled Peak Performance, decided he wanted to interview her. However, she wasn’t interested in talking to him. She wouldn’t return his calls, and she did everything she could to avoid discussing the event. Finally, Dr. Garfield, being a convincing fellow, got her to agree to a meeting, and the reason she was reluctant to discuss the act turned out to be almost as amazing as the event itself.

During the discussion, the grandmother said she didn’t like to talk about the incident because it challenged her beliefs about what she could and could not do — about what was possible. “If I was able to do this, when I didn’t think it was possible, what does that say about the rest of my life? Have I wasted it?”

After further discussion, Dr. Garfield asked her what she would like to do. She explained that she had never had the opportunity to further her education after high school. So after some coaching, Mrs. Laura Shultz began college at the age of 63. She received her degree and then went on to teach science in a community college.

Our attitude determines our altitude

This story is illustrative of a very human tendency. Our understanding of what is and what is not possible creates imagined ceilings of opportunity for us. If I were smarter, I would have. . . If I were more talented, I could have. . . but I just can’t do it. Yet some people, who aren’t any more talented, who weren’t given all the breaks, just seem to plow through and somehow make the seemingly impossible happen. It almost seems that their attitude is their single greatest asset.

Eyes on the Prize

This seems to be the answer to this Rashi. The Torah isn’t telling us that we need to sprout wings and fly. Rather, this is a moshol for the drive that a person must have to succeed. If a person’s attitude is, “Whatever it takes. No mountain is too high, no obstacle too difficult. If it were up in the heavens, I would fly there,”  then he will reach heights. However, if that enthusiasm is lacking, no matter how close the Torah is, he will not acquire it.

You don’t need to fly to the skies, but you need be ready to. Once that drive is in place, nothing can stop you.

No matter what a person’s natural capacity and life circumstances, if he sets his goal as the attainment of Torah, HASHEM will help so that he can reach the stars. Is the journey difficult? While there are many challenges along the way, the ways of the Torah are pleasant, and a Jew has unique aptitude to absorb it. The only difficult part is setting our sights high enough and holding the course. However, if a person sets out with a drive to do whatever it takes, even if it means “flying to the heavens,” then HASHEM helps, and that person can reach his personal level of greatness on par with the greatest of Torah giants.