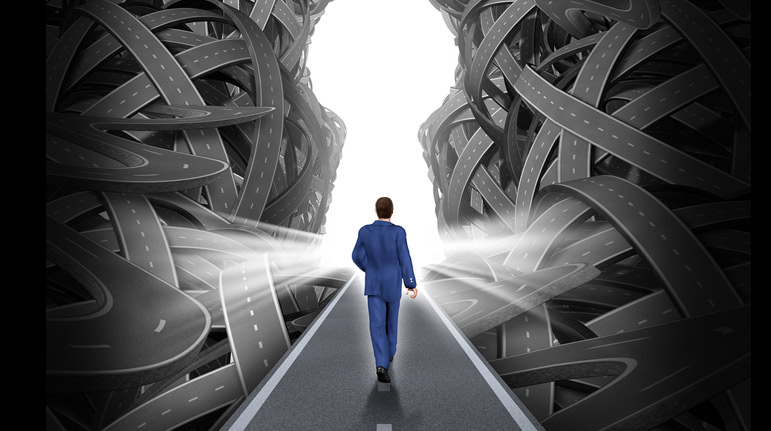 I Never do Anything Wrong

“Speak to the Bnai Yisrael and say to them: any man whose wife shall go astray and commit treachery against him. . . ” — Bamidbar 5:12

The Torah describes the details of a sotah. If a woman acts in a manner that causes her husband to suspect her of infidelity, he should warn her not to go into seclusion with that other man. If she violates this warning, then the husband is to take her to the Kohain. The Kohain will give her the “bitter waters” to drink. If she was unfaithful, she will instantly die. If she was not unfaithful, she will be redeemed and blessed.

When the Torah lays out the details, it uses an unusual expression: כי תשטה “If a man will ‘tistheh’ his wife.” The word “tishteh” comes from the root “shoteh,” which means insanity. It’s as if to say, “If a man will accuse his wife of insanity.”

Rashi is troubled by the use of this expression. He explains, based on the Gemara, adulterers do not sin until a wave of insanity enters them. The Siftei Chachmim explains this to mean, “until their yetzer harah teaches them it is permitted.”

It seems clear from the Siftei Chachaim that the modus operandi of the yetzer harah is to convince the potential sinners that the act tempting them is permitted. Only when it succeeds, and they are convinced, will they then transgress.

This statement — people only sin when they are convinced that it is permitted — seems difficult to understand. If we are dealing with a pious, proper Jewish woman who got into a bad situation, she knows that the act that she wants to commit is forbidden. How can the yetzer harah teach her that it is permitted? On the other hand, the Torah may be speaking about the opposite extreme — a woman who has gone off the path and just doesn’t care. Why does she need the yetzer harah to tell her it is permitted? She doesn’t care.

So on both sides of the spectrum, the yetzer harah either should not be able to convince the person that it is permitted, or it shouldn’t need to convince them.

I never do anything wrong

The answer to this question is based on understanding one of the most consistent quirks of human nature: “I never do anything wrong.” Whether dealing with sophisticated adults or schoolchildren, whether Supreme Court justices or convicted felons, the human seems never to do anything wrong. Wardens will tell you that their jails are filled with self-proclaimed innocent men. Criminals aren’t wrong. Thieves aren’t wrong. Murderers aren’t wrong. You won’t find a gangster proclaiming, “Yes, it is evil to murder and pillage, but what can I do? I am weak and give into my desires.” Instead, you will hear an entire belief system explaining that his approach to life is actually better for society and the world.

The question is why? Why can’t man just admit: it is wrong to steal, but I want to do it anyway?

The inner workings of the human

The reason for this has to do with the inner working of the human. HASHEM created man out of two distinct parts. One is comprised all of the drives and passions found in the animal kingdom; it is simply base instincts and desires. The other part of man is pure intellect: holy, good and giving. That part of me wishes to be generous and noble and only aspires for that which is good.

Because this part of me is made up of pure intellect and wisdom, it would never allow me to sin. It sees the results too clearly. It understands that all of HASHEM’s commandments are for my good and that every sin damages me. Because of this crystal clear insight, the human would not have the free will to sin. In theory, he could be tempted to sin, but he would never actually come to the act. It would be akin to sticking his hand in a fire. In theory he could do it, but it would never happen. It’s a dumb thing to do. So if HASHEM created man with just these two parts, man would not have free will in a practical sense.

To allow man to be tempted so that he can choose his course and be rewarded for his proper choices, HASHEM put another component in man: imagination. Imagination is the creative ability to form a mental picture and feel it as vividly as if it were real. Armed with an imagination, man can create fanciful worlds at his will and actually believe them. If man wishes to turn to evil, he can create rationales to make these ways sound noble and proper — and fool himself at least. If he wishes, he can do what is right, or if he wishes, he can turn to wickedness. Even his brilliant intellect won’t prevent him. He is capable of creating entire worldviews that explain how the behavior he desires is righteous, correct, and appropriate. Now man has free will.

The answer to the Rashi is on two levels. First off, we see the power of rationalizing. Even a fully mature, pious woman who grew up in the best of homes can be convinced, on some level, that illicit relations are permitted. The yetzer harah will use her imagination and create clever and creative ways to explain that black is white, in is out, and arayos is permitted. As ridiculous as it sounds, that is the power given to the yetzer harah.

The second idea is that even the woman who seems to be off the derech and wouldn’t need an excuse really does. No human can ever do something that is wrong. Because of the greatness of her soul and the truth that she knows deep down inside, she understands that for a married woman to go to another man is forbidden. The only way that she can perpetrate this act is if she has a rational way of explaining how in fact it is permitted. The human is incapable of doing something wrong. The only way he can do something wrong is by making it right.