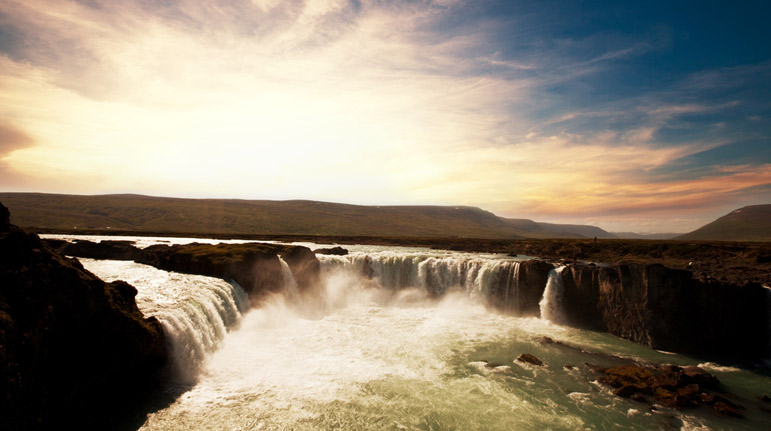 Earlier in history, the Bais HaMikdash had been the center of life, the pride of every Jew. Going up to Yerushalayim three times a year was looked at with excitement and great anticipation, and the effect of the service was appreciated by all. However, at the time of the Chanukah events, that appreciation was long gone. While the Kohanim still brought the Korbonos, the service in the Bais HaMikdash had lost its luster and glory.

The Bach seems to be saying that all that was to befall the Jewish people was because we no longer approached the Avodah with the appropriate sense of purpose, and therefore it was taken from us. This, however, becomes difficult to understand when we take into perspective what was actually happening in those days.

The state of the union

At the time of Chanukah, there was much wrong with the spiritual state of the Jewish people. Ignorance had become profound, and entire generations were no longer brought up in the ways of Torah. The Greek/Syrian philosophy had taken hold, and many, many Jews considered themselves more Greek than the Greeks. In their homes they spoke the language of Yavan. They schooled their children in the ways of Yavan, and all that they aspired for was acceptance in Greek society.

According to the Megillas Chasmonaim, the Jews of Yerushalayim asked Antiochus to rename their city Antioch in his honor. They even sent a contingency asking him to erect a gymnasium in Yerushalayim. A gymnasium was not merely a hall for the practice of Greek sports; it was a center of idol worship. It represented a house of Greek culture for the specific function of propagating the Greek ideology and all that it stood for. Initially, Antiochus refused. Finally the Jews of Yerushalayim gathered together 360 talents of silver – a king’s ransom – to bribe Antiochus to erect such a building. He agreed, and the Megillas Chasmonaim opens up with the statement: “They erected a gymnasium in Yerushalayim.”

The Ramban on Chumash says, “If not for the Chasmonaim, Torah would have been forgotten from the Jewish people.” If so, why did the Bach say that the reason for the decrees was the Jews being lax in the Avodah? There seem to be many other things going wrong.

The answer seems to be that in spiritual manners, there is no stagnation. A person is either going up or going down. The concept of remaining static doesn’t exist. If a person has the spiritual fuel that he requires, he ascends level after level. If not, he declines. That is the reality. That is the way Hashem created the world. The Bais HaMikdash was the nuclear reactor that fueled the spiritual needs of the world.

The nation as a whole took a downturn because the source of all Ruchnius was no longer potent. It had lost its luster in the people’s eyes, and so it was no longer providing the life-giving nourishment that HASHEM created it to give. The Jewish people are one unit, inextricably tied together in fate and spiritual level. The core of our spiritual energy in those days was the Bais HaMikdash. The Avodah was the lifeline and fuel source for the nation. Since it was no longer practiced properly, it couldn’t maintain the spiritual needs of our people. The reason the Jews of Yerushalayim became enamored with Greek culture was because the furnace providing the level of spiritual power was no longer functioning at capacity. The Avodah no longer accomplished its desired effect, and the Jewish Nation itself was in grave danger.

The only cure was for the Jewish people to reach a new understanding of the primacy of the Avodah and to rededicate themselves to the service in the Bais HaMikdash. When led by the Chasmonaim, Kohanim who did the Avodah and who were willing to sacrifice their lives for it, the nation was rededicating themselves to the centrality of the Avodah. Then the Bais HaMikdash could be reestablished and pump out the spiritual nourishment needed to keep the Klal Yisrael whole.

Kiruv – The mitzvah of our generation

This concept is especially relevant in our times when as much as 90% of our nation is made up of non-practicing Jews. While the numbers may seem daunting, nevertheless, we live in amazing times. There is a powerful receptivity amongst our people –religious and not yet religious – for growth. People hunger for truth and meaning in their lives, and the Torah is only pure source that fills that need. Clearly, the mitzvah of our generation is Kiruv. And as such, it is an obligation upon each of us to do all that we can to help our brothers who were brought up bereft of their heritage. From that aspect, the work is clear. We must go out and do whatever is in our power to help – whether teaching classes or inviting non-religious co-workers to our homes, whether joining Partners in Torah or contributing to Kiruv programs. The work is endless, but the potential is stellar.

At the same time, we can’t lose sight of the reality that these attempts succeed only because of the spiritual state of our nation. We no longer have a Bais HaMikdash. Now, our Yeshivas and Kollels are the nuclear furnaces that provide the spiritual fuel for the world. If our own Torah study is on a high level, and we are pumping out the vital spiritual fuel needed, then with HASHEM’s help, all of these efforts will succeed. However, if we allow the spiritual reactors of our people to decline, then all of the best efforts in the world will not meet with success. The underlying energy source of it all will be lacking.