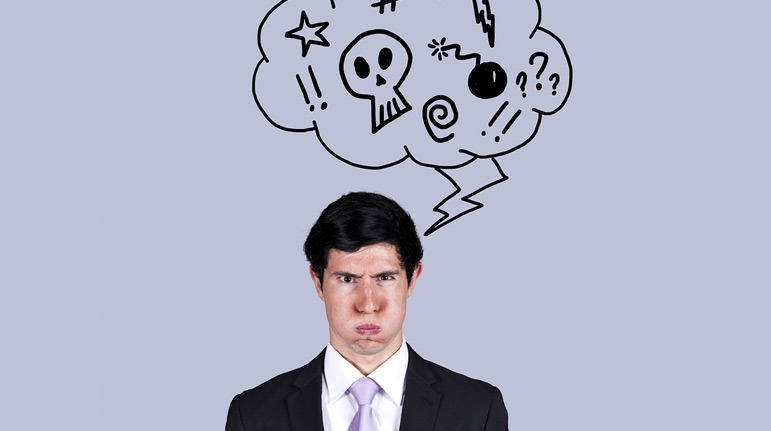 “All of my life I’ve read that posuk, but I never appreciated how simple it was until this peddler revealed it to me!” — VaYikrah Rabba 16:2

What did the peddler reveal to Rebbe Yanni?

The difficulty with this Medrash is that it doesn’t seem that Rebbe Yanni learned anything new. He clearly knew the posuk before the peddler said it. As he was a Tanna, he had mastered the entire Torah and understood the meaning, depth, and implications of those words. What new concept did Rebbe Yanni learn from the peddler?

The answer to this can be best understood with a moshol. Imagine that a mother and father are looking for the right yeshiva for their son. After much investigation, they hit upon the perfect solution. It has the right type of environment, the right type of boys, just the right blend – a perfect fit. But then they hear the news. The boys in that yeshiva smoke!

“Oh my goodness!” the mother exclaims “Now what? It may be a great yeshiva, and our son might flourish there, but everyone knows that smoking kills. It’s a habit that’s very difficult to break. It’s just not worth it.”

So they decide not to send their son to that yeshiva.

Now let’s play out the same scenario with just one adjustment: same young man, same yeshiva, same perfect fit. However, instead of the parents finding out that the boys smoke, they find out that the boys in that yeshiva speak lashon harah. What would we anticipate the parents’ reaction to be?

“Oh my goodness! The Torah warns us against lashon harah! With one conversation, a person can violate dozens of prohibitions. And worse, it can easily become a lifelong habit. Lashon harah kills… It may be a great yeshiva, but forget it. We can’t take the chance!”

Somehow it doesn’t seem that that would be the reaction. More likely, their attitude would be, “Listen, it’s not something we are happy to hear, but it isn’t a reason to disqualify a good yeshiva.”

Let’s analyze the difference in their reactions. Assuming that these are well-educated people, they know that the Torah specifically, clearly, and definitively tells us that speaking lashon harah kills, and that guarding one’s tongue is the Torah’s guarantee to long life. They have heard many shmuzin discussing the severity of this issue, and they don’t question it.

On the other hand, while they are aware that smoking has a high correlation to various diseases, only a small percentage of people actually die from smoking-related complications.

So smoking, which might kill, they fear, yet lashon harah, which they know definitely kills, they aren’t that concerned about. How are we to understand this anomaly?

The answer is that when medical science tells us something, we accept it as truth. These are the facts; this is reality. Unfortunately, when the Torah tells us something, it just isn’t real. “You need a lot of emunah to really accept that. I don’t know if I am on that level.” And so in the parents’ minds, “Lashon harah. . . well, I mean, a mitzvah it’s not, but it surely isn’t as dangerous as smoking. Smoking really kills!”

This seems to be the answer to Rebbe Yanni. As great as he was, and as much as he accepted every word of the Torah as completely true, on some level it wasn’t 100% real to him. The peddler revealed to Rabbi Yanni that the Torah teaches us that “lashon harah kills” in its most simple, direct meaning. It then became real to him.

One of the most important aspects of growth is making the Torah’s values real. Not in theory, not as some remote distant idea, but rather “getting it,” understanding that every word in the Torah is true. While we may not feel it now, one day we will. One day, we will understand that every word of Torah learning is more precious than fine jewels. One day, we will appreciate that every callous remark we ever made will come back to haunt us. And one day, we will recognize that every action, deed, and thought was being videotaped to be played back to us at the end of our days.

The more that we focus on the value system of the Torah, the more real it becomes to us, and the more motivated we will be by that which has eternal value and preciousness.