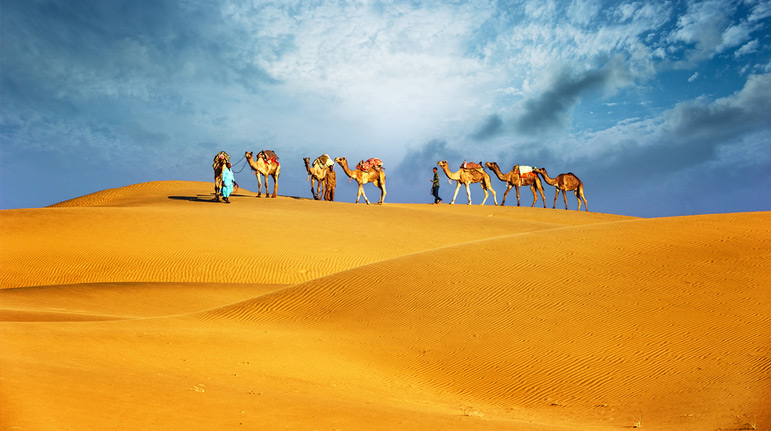 “These are the journeys of the Children of Yisrael, who went forth from the land of Egypt according to their legions, under the hand of Moshe and Aharon.” — Bemidbar 33:1

The parshah begins with a catalog of the forty-two stops that the Jewish nation made in the desert. Rashi explains this with a mashal. Imagine a king whose son was critically ill. In search of a cure, he travelled with his child to a faraway land.  The journey was successful, and on their way back home, the king pointed out to his son each of the stops they had made along the way. With great joy, he said, “This is where your fever peaked. This was the place where we rested…” So, too, HASHEM recounted with great delight the various stops in the Jewish people’s travels.

This Rashi is very difficult to understand. These “stops along the way” weren’t part of the plan. In fact, they were quite the opposite.

The Jewish nation left Mitzrayim amidst great fanfare and glory. With the entire world taking note, they were to make one stop at Har Sinai to receive the Torah and then move on toward the Holy Land to occupy it forever.

That wasn’t, however, the way things turned out. Because of their sins, the entire generation was decreed to wander from place to place for forty years and then to die in the desert. And even then the lesson wasn’t learned. Time after time, they failed; time after time they sinned. HASHEM’s description of this period was, “For forty years you tested Me…”  How then can Rashi say that these stops were joyfully recounted by HASHEM?

The answer to this can best be understood by asking a somewhat irreverent question.

What can you do to make HASHEM angry?

Let’s say that you decided, “That’s it. I’ve had it. I’m fed up with Hashem! I’m going to do something to get Him angry.” What could you do to make Hashem really mad? The answer is nothing.

Because we are physical beings, by definition we are confined. We exist for a given amount of time. We take up a given amount of space. We can run just so fast, walk just so far. Hashem, on the other hand, is beyond all boundaries and beyond all confines. Hashem is in all places at all times, existing before and after time. Hashem is so above all of nature that there is nothing that is beyond His powers and nothing that He can’t do. Hashem said, “It should be,” and everything — energy, matter, quarks, atoms, and molecules — came into being. Hashem is also the Maintainer of physicality. Nothing can exist without Him constantly infusing energy into it.

The reason I get angry is because I’m frustrated by my lack of power and control. But nothing is beyond Hashem; nothing is out of His control. Therefore, anger doesn’t apply to Him.

When Hashem gave free will to man, He gave us the ability to make choices — but He governs the outcome.

If man chooses evil, there are times when Hashem will allow those actions to come to fruition. But at no point, is Hashem not in control. The very notion of Hashem being angry stems from a lack of comprehending His greatness.

HASHEM acts with anger for our benefit

This seems to be the answer to the question on Rashi. HASHEM wasn’t “angry” with the generation. HASHEM took corrective actions to help them realize their mistakes. Once the end came about and the Jewish nation was ready to enter the Holy Land, HASHEM looked back over the stops with great fondness, as each one was part of the healing process.

This concept is essential for us in understanding our relationship with HASHEM. During our lives, there will be many times when we experience pain, suffering, and setbacks. However, not only doesn’t HASHEM save us from these situations, often, we see the hand of HASHEM bringing them about. From our mortal, limited perspective we tend to experience this as “HASHEM is annoyed with us — vengefully punishing us for our transgressions.” It is then that we need to be mindful that HASHEM is never angry. HASHEM has a much broader vision than we do. Like a loving parent carefully guiding his child, HASHEM directs our lives with loving kindness, bringing about situations for our benefit. Often times we don’t see it until the end, but everything that HASHEM does is for the best and is done out of love for us, His beloved creations.