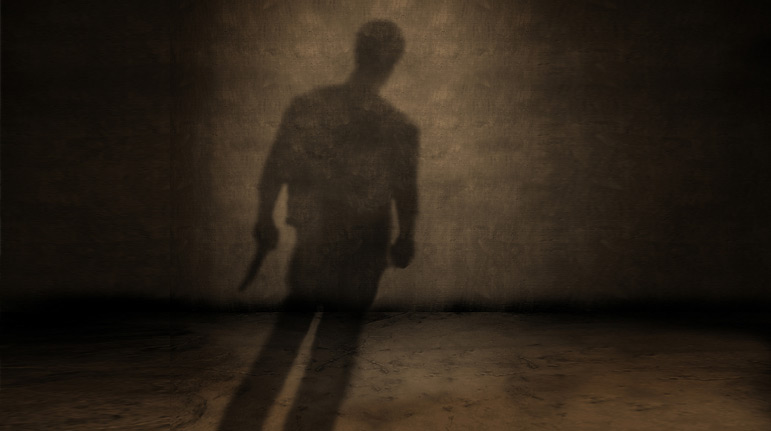 A Land that Grows Murderers

If a man kills unintentionally, under specific conditions, he is obligated to flee to a city of refuge and remain there until the Kohain Gadol dies. While his act wasn’t premeditated and not even intentional, the Torah judges that had human life been more valuable to him, he would have been more careful, and this act would not have happened. Therefore, he is held accountable.

The Torah delineates the placement of these cities of refuge: three on the Transjordan and three in the Land of Israel. Rashi is troubled by the disparity. Only two and a half shvatim remained on the other side of the Jordan. The vast majority of the Jewish people lived inside the borders of Israel. If three cities of refuge are sufficient to service nine and a half shvatim, why should two and half shavatim need three cities? Rashi answers that according to the Gemara (Maakkos 9a), “In Gilad there are more killers.” Rashi seems to be saying that even though the area of the land and the size of the population were smaller, they would need an equal amount of cities of refuge because the cities themselves cause there to be more murders.

This Rashi seems very difficult to understand. These posukim are speaking before the Klal Yisroel entered the Land of Israel. There were no established customs or sociological factors that would affect the people living there; all of the previous occupants of the land would be removed. They were beginning with a new society. So why should one city have a higher proportion of murders than another? Does the land itself grow killers?

The answer to this question is based on understanding forces that HASHEM put into the world. This can be clarified with a moshol.

Electro magnetism is a force that we are all familiar and comfortable with. And it doesn’t even surprise us that it can be used to lift thousands of pounds of metal effortlessly. But objectively, it is astounding. A force that can travel across distances, go right through objects, and cause heavy metal objects to move, and not just move, but to literally fly off the ground! Turn the electricity on and this force can pick up full-sized vehicles. Turn it off, and they drop right back down. Yet we don’t see the force. We can’t even feel it; we could walk right through the waves and not know that they exist. This is an example of a powerful force that HASHEM created for a specific purpose.

So too, HASHEM created other forces in the world. The Gemara tells us that while certain cities grow licentiousness, other cities grow brave and wise men. HASHEM created man with inclinations and drives, and forces outside him can affect the pull they have. Much like an electromagnet, these tendencies can be increased or decreased as HASHEM sees fit.

While modern man is very sophisticated in his understanding of the physical world, there is much in the realm of the metaphysical that man is clueless about, and science is unaware of much of what drives human behavior.

This seems to be the answer to the question on Rashi. “Gilad grows murderers” means that there is a force in that city that causes people to be more aggressive and to act out in their hostility. As too much caffeine causes many people to be jittery, anxious, and short-tempered, so too there are forces that HASHEM created that affect a person’s anger. A person living in that area will more likely be hostile, and this will lead him towards the type of behaviors that end in murder. He certainly has the ability to resist those urges and will be held accountable for what he does, but there is more of a pull in that city than in another. Therefore, the Torah states that there was a need for the three cities on the other side of the Jordan because it was more likely that murder would be committed there.

This concept is very useful in helping us understand the times in which we live. In the past forty years, we have witnessed a mind-boggling disintegration of moral values and ethics. That which four decades ago was considered decadent, amoral, and deviant is now posted on billboards and advertisements –shown for all the world to see. There is no sociological explanation for this decline. Clearly, there are “forces” at work, forces that pull man towards certain behaviors, forces that exert their drag, forces that pull man down.

As different generations have different tests, so too, different locations have different challenges. Certain cities, even today, have a reputation for decadence and defiance. Those cities “grow depravity.” The affect of these forces can be seen in the behaviors and lifestyles of the people living there. The cities themselves are on a different level. And there are also locations that pull toward the opposite tendencies in man.

We have to pray that HASHEM should hastily bring Moshiach when we will experience a powerful pull to do that which is right, noble, and proper, and we will all naturally gravitate towards a state of higher living.