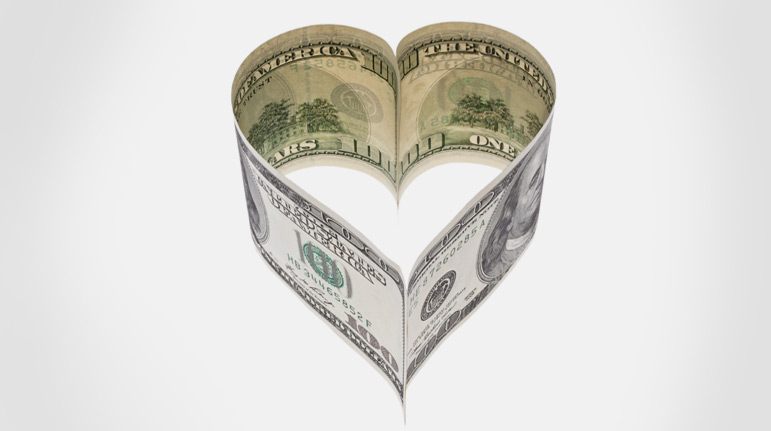 For the Love of Money

“Moshe returned to HASHEM and said, “Please! This people has committed a grave sin and made themselves a god of gold.” – Shemos 32:31

When Moshe Rabbeinu came down from Har Sinai, he found a very different scene than the one he left forty days earlier. A segment of the Jewish nation, in rebellion against HASHEM, had formed a golden calf and were worshiping it. The rest of the nation stood by and didn’t protest. In context, this was such an egregious act that HASHEM threatened to destroy the entire nation.

Rashi explains that during the process of asking for forgiveness, Moshe Rabbeinu said to HASHEM, “You caused this. You gave the Jewish people gold and silver; they left Mitzraim with great riches. Isn’t it obvious that they would come to sin?”

This Rashi seems difficult to understand when we focus on who these people were and where this was taking place.

The Klal Yisroel was living in the desert. They neither worked for a living nor had any use for money. All of their needs were taken care of. They ate mon that was delivered to their tents daily. They drank water from the be’er, the rock that followed them in their journeys. Their clothes were washed by the Clouds of Glory, and their shoes never wore out. They didn’t need money and couldn’t use it. How could it become their downfall?

The real danger of wealth

The answer to this question is based on understanding why the Mesilas Yesharim calls wealth one of the great tests of man.

Materialism and self-indulgence are the risks of affluence, but an even greater danger is that wealth can lead a person to view himself as different than everyone else. “There are regular people, but I am different because I am rich. The world is full of people, but I am in a different category. I am a rich man.”

The danger of wealth is the sense of superiority

This seems to be the answer to this Rashi. Granted the Jewish people living in the desert needed nothing and could do nothing with their money, but the real risk of wealth is the sense of superiority that comes along with it. In their minds, they were now rich. As rich men, they were significant, important, too big to be dependent upon anyone, and this feeling was the root cause of their rebellion against HASHEM.

Who were these people?

This concept becomes a tremendous chiddush when we take into account that these individuals were on a higher level than any other generation in the history of mankind. They had been slaves in Mitzraim and were freed. They had lived through the entire process of the maakos and splitting of the Yam Suf. They watched as HASHEM showed total dominion over every facet of nature.

But more than all of this, they had only recently stood at the foot of Har Sinai when HASHEM opened up the heavens and the earth and revealed the greatest secrets of Creation. They had seen and experienced HASHEM more clearly than did the greatest neviim, which tells us that they knew exactly why they were created and how passing and insignificant is a person’s station in this world. And yet Moshe Rabbeinu compared their being wealthy to such a difficult test that it would be like putting a young man on the doorstep of sin.

This is highly illustrative of the inner workings of the human. HASHEM created deep within our hearts many needs and desires. One of these is the need for honor and prestige. The drive for kavod is one of the strongest forces in man. Often we are unaware of its existence until a given situation brings it to the fore.

While the Klal Yisroel were then living in the ultimate Kollel community, money still had value to them – not in what it could buy, but in its more alluring sense, in the associated feeling of power and importance that it brought. They were now rich people, and that sense is so dangerous that it can destroy even the greatest of men. For that reason, Moshe said to HASHEM, “You caused this. The gold and the silver that You gave them brought them to sin.”

Living in our age

This concept has particular relevance in our day and age. Never in the history of mankind have so many enjoyed such wealth. On some level, each of us has the opportunity of “one day being rich.”

As with many life situations, prosperity can be either a blessing or a curse. If a person changes because he is now a rich man, he needs more, he feels that he deserves only the best, and he won’t be satisfied with what everyone else gets by with. That sense of superiority will turn him against his Creator, and the very wealth that he acquired will be the source of his ruin. For eternity, he will regret having been given that test – which he failed.

However, if a person remains aware that he was granted wealth for a purpose – that he is not the owner of it, but rather its custodian, duly charged with its proper use – then he can use it as a tool to help him accomplish his purpose in existence. His wealth will then be a true bracha that he enjoys in this world, and for eternity, he will enjoy that which he accomplished with it.

For more on this topic check out Shmuz #148 Rich, Richer, Richest-How to be Wealthy

Do you agree that money can corrupt a person? Comment below!