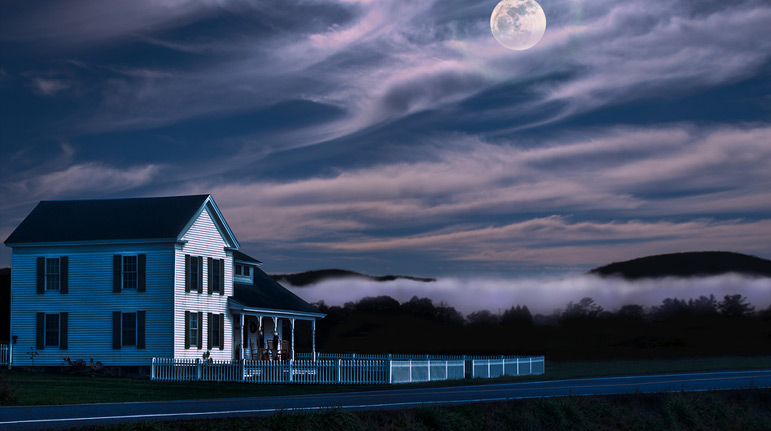 “When you build a new house, you shall make a fence for the roof. Do not be responsible for the blood, because the faller will fall from it.”  Devarim 22:8

The Torah commands us in various safeguards. One is the obligation to erect a fence. If you construct a house with a flat roof, you are required to put up a fence, to prevent people from falling off.

Rashi notes that the Torah uses an unusual expression, “Because the “faller” will fall.” He is called the “faller” because he was slated to die. The Torah is telling us, that was his fate. Nevertheless, you should put up a fence, so that you aren’t the one to bring about his death. And if you don’t take the necessary precaution, then, on some level you are considered responsible for his demise.

This Rashi is difficult to understand. If this man was decreed to die, and it would have occurred anyway, in what way are you responsible?

The answer to this question is based on a deeper understanding of reward and punishment and free will.

Imagine that one day, Reuvain walks up to Shimon, pulls out a gun and says, “I’m going to kill you!”

“You have this coming to you!” Reuvain, responds. He then fires five shots. Leaving Shimon dead in a puddle of blood.

If the Sanhedrin were functioning, they would gather the evidence, and convict Reuvain as the killer of Shimon.

Here is the question. Why can’t Reuvain say to the judges, “Aren’t you religious Jews? Don’t you believe that HASHEM decrees who will live and who will die? If you do, then I’m not Reuvain’s killer—HASHEM is. If it wasn’t slated to happen, I could never have done it. So don’t go blaming me.

Why isn’t his claim valid?

The answer is that one level his claim is a hundred percent correct, but it won’t get him off the hook.

The foundation of bitachon is understanding that, “No person, animal or other creation can harm me, without Hashem’s approval” (Chovos HaLevovos,  Sha’ar HaBitachon 3). In simple terms, Hashem is there with me, 24/7, guiding my life, protecting me—and nothing can touch me, unless it is directed by Hashem. Stormy seas can’t drown me. Hurricanes can’t flood my home. Wild fires can’t burn me. Drunk drivers can’t kill me. Bears can’t maul my children. No harm can befall me, unless it was decreed by Hashem.

So if on the previous Rosh Hashanah, Shimon had a decree of a year of life, then there is nothing that Reuvain or any other force in existence could do to change that.

If, however, Shimon had a decree that this would be his last year, then things get more complicated. To allow for free will, there are times when HASHEM will allow a person the “opportunity to be the messenger”. So, if Shimon were decreed to die that year in a violent manner, HASHEM might also decree that Reuvain has the option to be the one to end his life. In that case Reuvain could kill Shimon. If Reuvain doesn’t take the opportunity, then a drunk driver, or a falling telephone poll, or a stray bullet, or any number of other catastrophic events will hit Shimon. If, however, Reuvain does take the option, then he is called the “killer”. Even though Shimon would have died anyway, even though this decree was decided by HASHEM, for all intents and purposes he is considered Shimon’s killer.

The concept is that man controls intentions, only HASHEM controls outcomes, yet, if HASHEM allows man to act, then the results are credited to him—even though in reality he did nothing.

This dichotomy applies to the spectrum of human interactions.

If someone saves my life; I have to recognize that if he weren’t there, a speedboat would have pulled up, or a floating log would have suddenly passed by, or any number of other means that HASHEM might use. If someone gave me a large sum of money, I have to be mindful, that if not for him, that money would have come to me through other means. And while I remain ever conscious of this, I have to recognize how HASHEM runs the world. If HASHEM allows that man to pull me out of the water, not only do I have to have unending appreciation for his good intentions, in many regards he is considered the one who saved my life.

This seems to be the answer to the question on Rashi. Granted this man would have fallen anyway, yet the Torah is warning us—don’t you be his killer. If you leave your roof without a fence, you have been negligent. Yes, he would have died anyway, but you acted irresponsibly, and on some level you our considered responsible for his death—the act is attributed to you.

The foundation for trusting HASHEM

These concepts are very applicable to our lives. On its most practical level, it means that my fate is not in the hands of man. No human being can alter my state. If I was slated to be wealthy—you can’t take that from me. If I was determined to enjoy honor—you can’t defame me. If I wasn’t supposed to suffer—you can’t cause me pain. You may dream and scheme, but Hashem is here, protecting me, guiding all outcome. If I am to suffer, then it will happen regardless of your attempts. But if it wasn’t meant to, nothing you do can change that. Every ounce of pain and suffering is weighed and meted out by Hashem. No one can alter that.

My relationship to you

This perspective changes my relationships with others. If you try to help me, I am appreciative—for your intentions. You tried to help. That part—the attempt—is in your hands. If you tried to lighten my load, for that I am thankful. But the result, whether you succeed or not, is not in your hands. So too, when you harm me. I didn’t ask you to be the nudnik to bring this about, but I understand that it would have happened, with or without you. So my anger at you is greatly dimiished. For wishing my harm, I have my issues with you. But for bringing it about, not at all. The results have nothing to do with you. Man controls his intentions; Hashem controls the outcome.