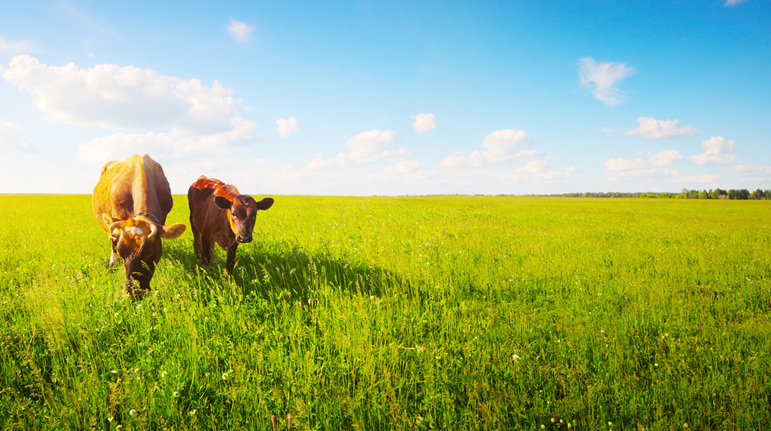 The Torah's System of Self Protection

In one of the many mitzvahs that teaches us how to deal with animals, the Torah commands us not to kill a mother and its offspring on one day.

The Sefer HaChinuch explains that one of the rationales behind the mitzvah is “to train ourselves in the trait of mercy, and to distance ourselves from the trait of cruelty. Even though we are permitted to slaughter animals to eat, we must do so in a merciful manner. Killing both the mother and the child in the same day is merciless and will train us in brutality. Therefore, the Torah forbids it.”

This Sefer Ha’Chinuch is difficult to understand. If the Torah is concerned about the good of the animal and its suffering, then the logical thing to do would be to forbid slaughtering it. If, on the other hand, the Torah is concerned about man and the damage such actions will have on him, then slaughtering another living creature to consume its flesh is about as barbaric an act as one could imagine. Surely the act of killing the animal should be forbidden altogether. Yet the Torah allows you to kill animals for any productive reason: whether for their hides, their meat, or any other use. Not only that, you may slaughter as many of them as you like. You may butcher a thousand cows in one day to make shoes to bring to the market – this won’t lead you to cruelty – but make sure that none of these animals are related. If two of those cows are mother and child, it is barbaric. Don’t do it! This mitzvah seems very difficult to understand.

The answer to this question is based on understanding how our middos are shaped.

In many places the Sefer HaChinuch stresses that a person’s actions molds his very personality. If he acts with kindness and compassion, these traits become part of his inner nature. He will then feel other people’s pain, and it will become difficult for him to ignore their pleas for help. He will become a kind, compassionate person. The opposite is true as well. If a person acts with cruelty, this trait will become part of him. It will be more difficult for him to care about another person’s plight. He will have a difficult time being sensitive to the suffering of others. He will have adopted callousness into his inner essence.

Dovid Ha’Melech was a mighty warrior

According to this logic, it would follow that Dovid Ha’Melech should have been one of the cruelest men in history. He was known as a mighty, merciless warrior. He killed a mountain lion with his bare hands. He won the rights to marry Shaul’s daughter by killing and disfiguring 200 Philistim and bringing back their body parts to the king. When Avshalom waged war against him, Chushi advised, “Do not think of ambushing him (Dovid) at night, for everyone knows that he fights like a bear.” And Dovid said about himself, “I will seek out my enemy and have no mercy upon them.”

Yet we know that Dovid was one of the kindest, most compassionate men who ever lived. Tehillim is not the expression of a cruel man. It is a manifestation of his pure devotion to HASHEM, the outpourings of a heart that is pure, kindly and full of compassion. How is it possible that going to war didn’t ruin him?

The formula for perfecting one’s middos

The Orchas Tzadikim in his introduction explains that perfecting one’s middos is comparable to a chef preparing a meal. The right ingredients, in the right proportions, prepared in the right manner, will yield a delicious dish. However, all three have to be correct. If, for example, instead of sautéing the onions for 10 minutes, you leave them on the flame for an hour, or if instead of a teaspoon of salt you add a cup, the food will be inedible. It is the quality of the ingredients, in the proper amounts, prepared correctly, that determines the final product.

So too, he explains, when working on one’s character traits. It is the right amount of the right middah in the right time that is the key to perfection. Each middah has its place, time, and correct measure.

This seems to be the answer to Dovid Ha’Melech. When he went to war, it was in the manner that HASHEM directed him. HASHEM designed the human and understands the delicate balance within him: what affects him and how. HASHEM commanded us to make use of certain behaviors, in certain measures, and at certain times. The same act when done for the wrong reason will be disastrous to the person. However, when it’s done for the right reasons, in the right measure, it will not harm him. Dovid remained pure and unsullied because he followed the Torah’s system of self-perfection, designed by the only One who truly understands the nature of the human.

The Torah: the ultimate system of perfection

This seems to be the answer to the Sefer Ha’Chinuch as well. The Torah isn’t concerned about the pain of the animal; it is concerned about man. Man is the reason for creation. Everything in existence was formed to serve him. However, man was fashioned in a delicate balance. If he uses this world for its intended purpose, in the right way, in the right time, then he grows and perfects himself. However, if he uses the world incorrectly, in the wrong manner, or to the wrong extent, he is damaged by that process.

The act of killing a mother and child is akin to wiping out generations; it is pitiless and cruel. HASHEM, Who understands the balance and nature of man, has told us that killing an animal for good use will not lead you to a hardened nature, provided you do so within the given boundaries. Remain within the system and you are safe. Leave these guidelines and you are in grave danger.

This concept is very applicable as it helps us appreciate the wisdom of the Torah’s system for growth. There is much that modern man understands about the inner workings of the human, and there is at least as much, if not more, that he doesn’t understand. HASHEM has designed us and has given us the guidebook for perfection. It is our job to follow the Torah’s directives in the right balance, in the right time, in the right manner, thereby actualizing our potential as the reason for all of creation.