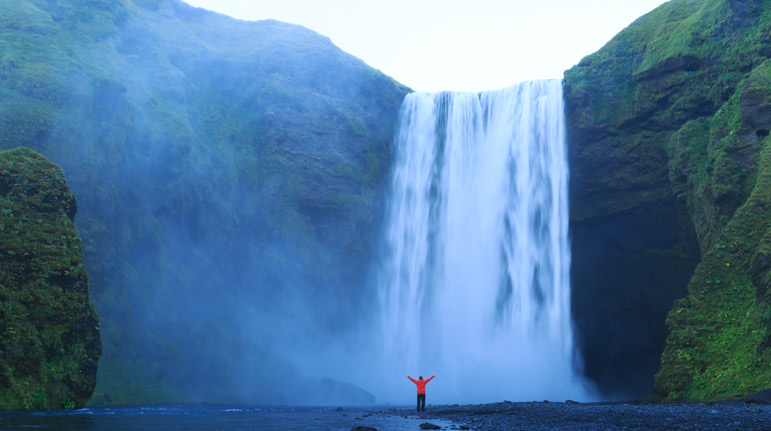 “And now Yisroel, what is HASHEM, your G-d asking of you? Merely to fear HASHEM, to go in all of His ways, to love Him, and serve Him with all of your heart and soul.” — Devarim 10:12

In this posuk, Moshe Rabbeinu set before the Jewish people the categories of human growth and accomplishments.

Each category is a world in and of itself and would take man a lifetime to accomplish. Together these four groupings comprise all of service to HASHEM and are the measure of the perfection of the human.

Yet amazingly, when Moshe introduces these concepts to the Jewish nation, he begins with an expression of, “What does HASHEM ask from you but this?” It’s as if to imply that it is but a small request.

The Gemara in Brachos is troubled by this and asks, “Is fear of HASHEM a small thing?” The Gemara answers, “Yes, to Moshe it was a small thing. To a poor man, even small items seem valuable. However, to a wealthy man even vast sums seem small.” Since Moshe had attained such spiritual perfection, these things seemed simple to him; hence, he used the expression, “What does HASHEM want from you but this?”

Why would Moshe Rabbeinu compare himself to the average person?

The difficulty with this Gemara is that it implies that Moshe was using himself as the standard of measurement for the average person. It’s as if he were implying, “If I can reach this, then so can you.” Yet we know that Moshe towered over every other human ever created. He reached dizzying heights of perfection that no other human before or after will attain. After 80 years of unparalleled growth, he spent 40 days without food, drink, or sleep, and was taught the entire Torah by HASHEM. For the next forty years, he was engaged in teaching that Torah to the Jewish people. At this point in his life, he is a giant of a man, and in no way can he be compared to the typical person. So while these things may not have seemed lofty to him, to his audience they were gargantuan! Why would Moshe use his own experiences as the measuring rod against which the average person should compare himself?

The answer to this question is based on a different perspective on human capacity. To gain that viewpoint, let us take a look at an interesting phenomenon.

Being tied to a peg in the ground

In parts of Asia, the elephant remains the beast of choice for lugging heavy loads. As part of its work day, an adult elephant will pull logs weighing thousands of pounds through long stretches of forest undergrowth. Yet at night, that same elephant will be controlled by being tied to a small peg in the ground.

While it would be clear to you and me that a 14,000 pound creature can easily break away from the light ropes holding it, the reality is that it cannot. It cannot escape — not because it isn’t motivated, and not because it doesn’t want to, but because in the elephant’s understanding, it just can’t be done.

In this part of the world, shortly after birth, the baby elephant is tied to a peg in the ground. At that stage in its development, it might weigh 250 pounds and isn’t strong enough to break the rope that holds it. From that point forward, every day of its life, the elephant will be tied to that peg in the ground. Even when the animal has reached maturity and will be called upon to lug felled trees weighing over 4,000 pounds, it will remain tied to a small peg. The understanding is firmly fixed in its mind: it can’t escape.

Many times we are tied to pegs in the ground. There are many situations where we don’t reach up for greatness because we are contained — not by ropes, but by limiting beliefs that prevent us from breaking away from the habits and lifestyle choices that stunt our growth.

Moshe Rabbeinu was providing an invaluable lesson to us. He was demonstrating the capacity of the human. He was showing us how great a person can be. At the end of the day, Moshe was made of the same substance as you and I. He was a person with drives, desires, and inclinations. He overcame them. He made himself great. He took the natural strengths and weaknesses that he was given, and by constantly making the right choices, he changed his inner nature. Finally, he reached the point that he could look at the absolute heights of perfection and say, “So what? This isn’t a big deal. It can easily be done.”

The lesson to us is that we too have that capacity. All of life is but an opportunity to make choices. If from this moment forward, every decision that I made were the proper one, if I were to put away all of my self-interests and ask myself, “What do I think is the right way to act? What do I think HASHEM wants me to do in this situation? Not what do I want, not what do I desire, but what is the proper way?,” I have the intuitive sense to be able to answer correctly and the ability to find the right path.

By attuning myself to that part, and by using role models who reached such plateaus, I too can reach the dizzying heights of greatness for which I was created.