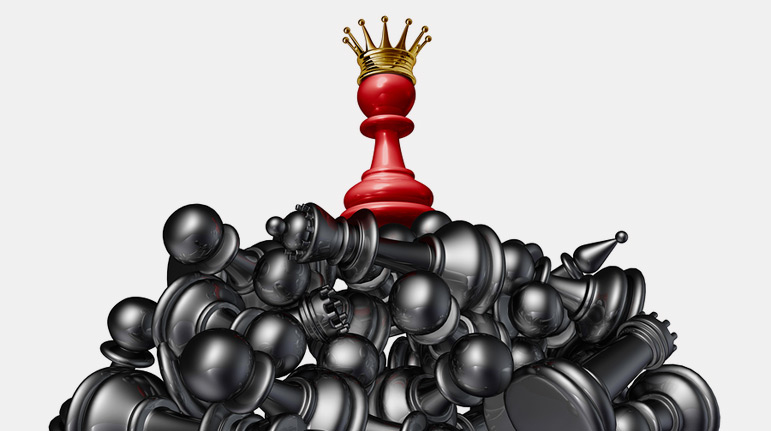 “The ox knows its owner; the donkey the stall of its master; Yisrael doesn’t know, My nation doesn’t contemplate.” – Yeshaya 1:3

With these words, Yeshaya Ha’Navi begins the rebuke of his generation.

Rashi explains what he was saying. The ox doesn’t change its nature. It doesn’t say, “I will no longer plow.” The donkey doesn’t say, “I will no longer haul loads.” Each animal follows it’s nature, unquestioningly doing what it was created to do. The Klal Yisrael, however, is different. You have veered off course and changed your ways. And so, you are lower than the animals created to serve you.

A horse and rider

The reason is because that is the nature of a horse. Its instinct is to obey. It doesn’t think about it. It doesn’t decide to submit. Built into the very being of the horse is a temperament of subservience to its master.

Man, however, is different. Man has conflicting wishes and desires. Man has forces pulling him in competing directions. And man has a conscious “I” that sits in deliberation and decides. The reason man is given reward or punishment is because it is in his hands to choose his path. In all of Creation, man and man alone, has free will. So how can Rashi compare the nature of a beast, which was created to comply, to that of man, which is so different?

The nature of man

The answer to this question is based on a more focused understanding of human nature:

The Chovos Ha’Levovos (Sha’ar Avodas Elokim) explains that HASHEM created man out of two distinct parts: the Nefesh Ha’Sichli and the Nefesh Ha’Bahami. The Nefesh Ha’Sichli in man comes from the upper worlds, and so, it only wants to do that which is right and proper. It only wants to serve HASHEM and accomplish great things. Its very nature is to strive for perfection. It desires to help others and make a significant contribution. It was created with a need to emulate HASHEM.

However, there is another part of man. A full half of man’s personality is shaped by base instincts and desires. Much like any animal in the wild kingdom, man was preprogrammed with all of the impulses and drives needed for his survival. This part of man hungers for things. It doesn’t think about consequences or results. It can’t see into the future. It is made up of hungers and appetites.

Man is a synthesis, a combination of opposites – a perfect balance between two competing natures. If he chooses to listen to his pure nefesh, he grows and accomplishes, reaching his potential and purpose in Creation. If he chooses to listen to his animal instincts, then he destroys his grandeur and majesty, becoming lower than even the behaimah. When we refer to free will, we mean man’s ability to choose which of his inner natures he will listen to.

Man is preprogrammed for greatness

This seems to be the answer to this Rashi. Man is preprogrammed for greatness. The other half of man’s personality is screaming out for meaning, purpose and greatness. There is a powerful instinct within him that only desires that which is proper. If man follows that side of his inner nature, he is pulled towards perfection. But that is the point; the need for perfection is built into his very nature. Deep within him is a hunger to grow, to accomplish, to do that which is noble and great. This isn’t something that he needs to learn; it isn’t something that he needs training in; it is part and parcel of his very being.

For a person to reach anything short of perfection, he must make a conscious choice: he must choose bad. Innate to his being are all of the drives and passions to be like HASHEM. And so, Yeshaya rebuked his nation, “Being good isn’t foreign to your nature. Following the Torah’s ways isn’t something that is imposed upon you — it is built into your very soul. You have all of the instincts to follow it. If you have veered off, then you have rebelled against your very nature. You have subverted the pull to greatness that dwells within your heart. And in that sense, you are lower than the animal kingdom because animals obey the nature that HASHEM put into them.

GPS for the Soul

But even more, knowing this allows me to understand how intuitively I know exactly the right thing to do in every situation. Built into me is a part that functions like a GPS, guiding me, directing me. Do this. Don’t do that. Turn left. Now turn right. Make the next legal U-turn.

If I choose to ignore that voice, and in its stead I obey the call of the wild, then I sink and damage myself. I become lower than the animals created to serve me. If I train myself to listen to that voice by learning the Torah’s ways and seeking guidance to develop my inner ear, I set my course to becoming the truly great person that I was predestined to be — someone for whom it was worthwhile to create an entire world.