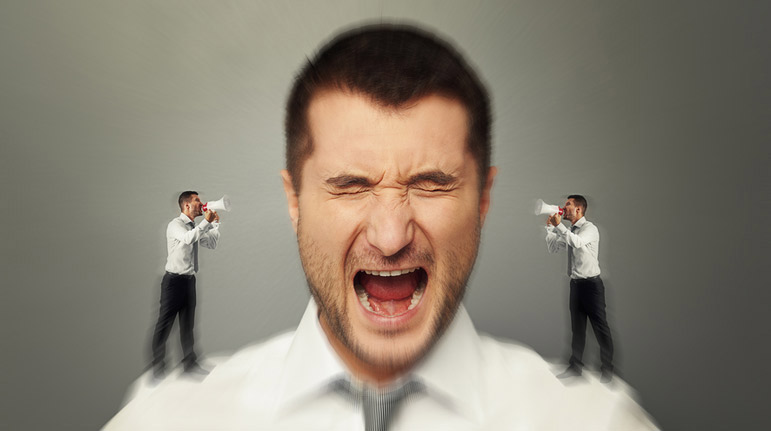 “And it was in the fortieth year, in the twelve month, on the first day of the month, when Moshe spoke to the Bnai Yisroel according to everything that HASHEM said to them.” — Devarim 1:3

When Moshe Rabbeinu was near the end of his life, he gathered the Klal Yisroel together to give them rebuke for the sins they committed in the forty years of wandering in the desert.

Rashi is bothered by why he waited. Why didn’t he rebuke them years earlier when the events first took place? Rashi answers that Moshe learned from Yaakov Avinu. Yaakov didn’t admonish his son Reuvain until he was close to death. “If you are wondering why I didn’t admonish you all of these years,” Yaakov told Reuvain, “it’s because I was afraid that if I did, you would leave me and cling to my brother Aysav.” Therefore, Yaakov waited until he was about to die and only then did he chastise Reuvain. Moshe learned from Yaakov, so he too didn’t give rebuke to the Jewish nation until he was about to die.

This Rashi is very difficult to understand. Why would Yaakov be afraid that if he criticized Reuvain, it would cause him to leave and cling to Aysav? First off, it is difficult to imagine a relationship of love, mutual respect, and dedication that was greater than the one that Yaakov and his oldest son Reuvain shared. Aside from the natural sense of attachment of a son to his father, Reuvain accepted his father as his teacher, mentor, and spiritual guide. Surely, that should have allowed Reuvain to know that his father’s rebuke was only for his good.

Furthermore, whenever Yaakov spoke to his son, it was with love and sensitivity. If a situation arose where Yaakov felt his son erred, a mature person like Reuvain would willingly accept words of guidance and correct his ways. Why should Yaakov have been afraid?

The damage of criticism

The answer to this question is based on the effect that criticism has upon a person. The Orchas Tzadikim (Shaar 12) explains that when you verbally attack me, it is a given that I will retaliate. It isn’t much different than if you were physically assaulting me. I perceive your words as an attack against the essence of me, and it is almost within the category of self-defense for me to strike back at you. Every fiber of my being screams out to defend myself against the onslaught of your words.

Criticism is but one step below a verbal attack. It isn’t quite as pointed, not quite as aggressive — but not that far off. When you criticize me, I am under attack. The essence of me, who I am, and what I stand for is being assaulted. You may not have intended it that way, but that is what I feel. There is a powerful sense of disapproval and condemnation that comes across, and I feel under attack. No one likes to be criticized, and the easiest course is to avoid the pain by pulling away. The greater you are in my eyes, the greater the damage of your words, and the more they will drive a wedge between us.

Why Yaakov was afraid to criticize Reuvain

This seems to be the answer as to why Yaakov was so afraid to criticize Reuvain. Despite the fact that Yaakov would only have intended it for his son’s good, and despite the fact that Reuvain was looking for direction from his loving father, if Yaakov had rebuked Reuvain, he was afraid that it would have forced them apart, damaging the relationship, and perhaps even going so far as to drive Reuvain away. The sense of disapproval that Reuvain would have felt would have been so difficult to bear that Reuvain might well have run away to avoid it, even going so far as joining Aysav.

This is a powerful illustration of the damage caused by rebuke. Even in a relationship based on mutual love and respect, criticism undoes the bond and causes a separation. Here we see it with a mature man whose priorities were straight, a man who lived his whole life for growth and recognized his father as the spiritual guide of the generation. Yet words of rebuke could have had the effect of separating and causing even such a man to go off the path.

If for great people, how much more so for us?

If this concept is true for people as great as the Avos, how much more so for us? The reality is that we humans are very sensitive; we hunger for approval and despise rejection. When you criticize me, it may not be your intention, but I feel unwanted and unaccepted. I feel that you don’t approve of me, so I am not respected in your eyes. That emotion is very difficult to bear. The easiest course is for me to run away — away from the situation, and away from you. For that reason, criticism is poison to all relationships. As a parent, it is one of the most noxious elements that can ruin an otherwise strong relationship. As a spouse, it can be the wedge that drives apart an otherwise happily married couple. And amongst friends, it can be the force that ends an otherwise nurturing relationship.

Even if your intentions are to help, and even if you only mean these words for the good of the recipient, criticism is a powerful separator that accomplishes no good, merely drives people apart, and should be avoided like the plague.