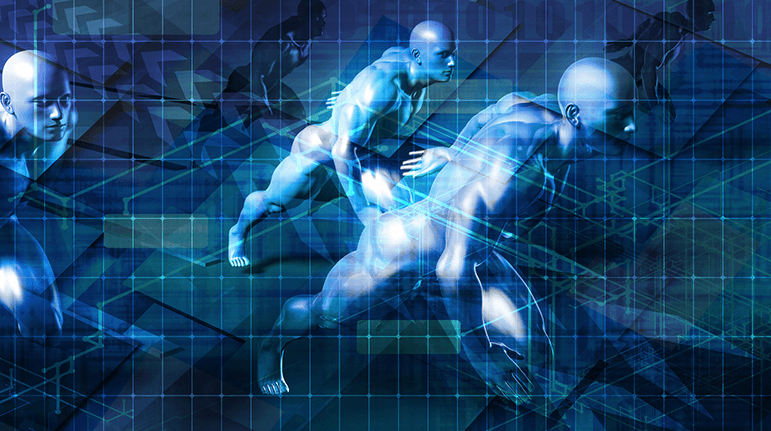 Before the makkah (disease) Hashem prepares the refuah (cure). Within last week’s haftarah warning us about the impending doom, we find a message of hope and salvation.

“The ox knows its owner; the donkey the stall of its master; Yisrael doesn’t know, My nation doesn’t contemplate.” – Yeshaya 1:3

Yeshaya HaNavi began the rebuke of his nation with these words..

Rashi explains what he was saying. The ox doesn’t change its nature. It doesn’t say, “I will no longer plow.” The donkey doesn’t say, “I will no longer haul loads.” Each animal follows its nature, unquestioningly doing what it was created to do. The Klal Yisrael, however, is different. You have veered off course and changed your ways. And so, you are lower than the animals created to serve you.
A horse and rider
This Rashi is difficult to understand. When a man mounts a horse: the man might weigh 150 pounds; the horse might weigh over 2,000 pounds. Yet, the man commands the horse to ride, gallop, turn and stop. And the horse obeys. Why does the huge, powerful horse submit to the will of the little, weak man?

The reason is because that is the nature of a horse. Its instinct is to obey. It doesn’t think about it. It doesn’t decide to yield. Built into the very being of the horse is a temperament of subservience to its master.

Man, however, wasn’t constructed that way. Man has conflicting wishes and desires. Man has forces pulling him in competing directions. So how can Rashi compare the nature of a beast, which was created to comply, to that of man, which is so different?
The nature of man
The answer to this question is based on a more focused understanding of human nature:

The Nefesh Ha’Bahami on the other hand, is shaped by base instincts and desires. Much like any animal in the wild kingdom, man was preprogrammed with all of the impulses and drives needed for his survival. This part of man hungers for things. It doesn’t think about consequences or results. It can’t see into the future. It is made up of hungers and appetites.

Man is a synthesis, – a perfect balance between two competing forces. If he chooses to listen to his pure nefesh, he grows and accomplishes, reaching his potential and purpose in Creation. If he chooses to listen to his animal instincts, then he destroys his grandeur and majesty, becoming lower than even the behaimah. What we know as free will is this ability to choose which of his natures he will listen to.
Man is preprogrammed for greatness
This seems to be the answer to this Rashi. Man is preprogrammed for greatness. Half of man’s personality is screaming out for meaning, purpose and greatness. There is a powerful instinct within him that only desires that which is proper. If man follows that side of his inner nature, he is pulled towards perfection. But that is the point; the need for perfection is built into his very nature. Deep within him is a hunger to grow, to accomplish, to do that which is noble and great. This isn’t something that he needs to learn; it isn’t something that he needs training in; it is part and parcel of his very being.

For a person to reach anything short of perfection, he must make a conscious choice: he must choose not to listen to the pulling of his soul.

And so, Yeshaya rebuked his nation, “Being good isn’t foreign to your nature. Following the Torah’s ways isn’t something that is imposed upon you — it is built into your essence. If you have veered off, then you have rebelled against your very nature. You have subverted the pull to greatness that dwells within your heart. And in that sense, you are lower than the animal kingdom, because animals obey the nature that HASHEM put into them.

May we learn to recognize the mercy of HASHEM, even while he warns us of what will be, he prepares us for the return.
May we learn to listen to that Voice inside, and quickly end this long exile, once again taking our place as the Exalted Nation—HASHEM’s Chosen People.

Rabbi Shafier is the founder of the Shmuz.com – The Shmuz is an engaging, motivating shiur that deals with real life issues.

All of the Shmuzin are available free of charge at www.theShmuz.com or on the Shmuz App for iphone or Android. Simply text the word “TheShmuz” to the number 313131 and a link will be sent to your phone to download the App.