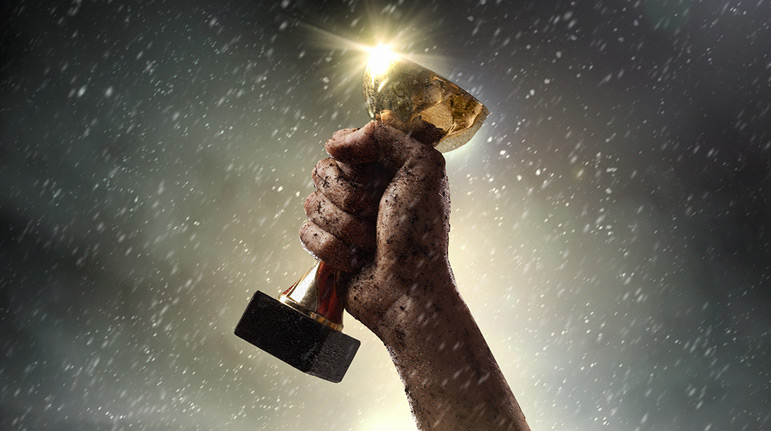 The Extent of Reward

HASHEM said to Moshe, “Do not fear him, for into your hands have I given him, his entire people, and his land; you shall do to him as you did to Sichon, king of Amori, who dwells in Cheshbon.” — Bemidbar 21:34

The Jewish nation had just defeated the Emorim and were preparing to conquer Bashan. Og, the king of Bashan, led his army out to meet the Jews in battle. Og was a giant of a man and was feared amongst the nations and Moshe Rabbeinu was reluctant to attack. HASHEM reassured him, saying, “Do not fear him.”

Rashi explains that Moshe was not afraid of Og because of his physical stature, but because of his personal merit. Many years earlier, in the time of Avraham Avinu, a coalition of five kings ruled the world. Four competing kings joined forces and waged war against these five kings and were victorious. During one of the battles, they captured Sedom, where Avraham’s nephew Lot had been living. Og survived that battle and ran to Avraham to tell him that Lot was being held captive. Because Og did this favor for Avraham, Moshe was afraid that the merit of that act would allow Og to beat the Jews in battle.

This Rashi is very difficult to understand, as the Midrash also explains Og’s motivation. Sarah Imeinu was one of the four most beautiful women who ever lived. For many years, Og had his eye on Sarah. The problem was that she was a married woman. With the capture of Lot, Og saw his moment. His plan was simple. He would tell Avraham that his nephew had been captured. Avraham, the altruistic tzaddik, would go to save his nephew. The four kings, the most powerful force on earth, would never allow a captive to go free. Avraham would enter into battle with them and be killed. And along would come the gallant Og to save Sarah from her widowhood. With this plan in mind, Og arrived to tell Avraham the news.

Og wasn’t engaged in redeeming a captive; he was manipulating events to cause the death of an innocent man in hopes of taking his wife. Why would Moshe be afraid of the merit of such an act? That act wasn’t a mitzvah. If anything, it was a sin.

The answer to this can best be understood with a mashal.

Imagine that a recent college graduate applies for a job, and the interviewer asks him about his academic record. “So tell me, how did you do in school?” “Well, my first semester, I got an A in Chemistry, a B in Accounting, and a B+ in Economics. The next semester, I got…” “Okay, okay,” the interviewer says. “You don’t need to give me every detail. Just tell me your overall grade point average”

The employer doesn’t want to know the minutiae. He’s just looking for an overview. He wants to know in general terms whether or not this fellow is intelligent and hard-working. To find out, he asks for the cumulative average.

One of the reasons we don’t fear being judged at the end of our lives is that we assume that the judgment will be like a GPA, an average of everything that we’ve done. “I’m not afraid because, on balance, I was a good guy. I’m not saying I was a tzaddik. I’m not saying I was perfect. But I did a lot of good things, accomplished plenty. Granted, I could have done more. Certainly there were some things I should not have done. But overall, I’m okay.”

The Mesillas Yesharim (Chapter 4) explains that in the World to Come, the judgment isn’t “on balance.” Every act is judged separately. For every act that was meritorious, I will be rewarded. For every act that I should not have committed, I will be punished. But one doesn’t cancel out the other. My mitzvos don’t wipe away my aveiros, and my sins don’t eliminate my mitzvos. Each one is weighed and measured, and rewarded or punished independently. Furthermore, just as each action is weighed separately, so to is each part of the action. If I volunteered to drive an elderly man to a doctor’s appointment, on one hand it is a great act. I took off an entire afternoon to help a fellow Jew. For that, I will be rewarded. But what if while driving, I couldn’t help but feel a twinge of arrogance thinking, “Look at me. How many people are as good as I am? Come on, how many people selflessly, without any drive for honor, help an old man? Not many…”

So is this a mitzvah or an aveirah? The answer is both. The outer act was great. But the inner condition was flawed. For the act, I will be rewarded. The self-inflation, however, damaged me, and for that I need atonement. Each part weighs into the verdict.

This judgment is very different than the way we assess things in this world. When we judge others, we focus on their intention. Was he trying to help me or to harm me? Is he a friend or foe? HASHEM’s ruling, however, is infinitely more exacting. There are many dimensions to each act, and many factors to be considered. What were your motives? How pure were they? Where were you coming from? Was this easy for you or difficult? Each act is judged separately, and each part of the act is broken down as well.

Was the act a mitzvah or a sin?

This seems to be the answer to Og. Og was plotting an act of murder. But he was instrumental in saving Avraham’s nephew. While his intention was evil, the act had merit; it helped a tzaddik. The precision of judgment is so great that nothing is overlooked. In most situations, an act like this, which was so devoid of purity, would have little weight. But this was the great Avraham that he had assisted. A favor to such a man, albeit a favor extremely damaged, has considerable merit. Moshe was afraid because the Jewish nation was entering into war, and war is a time of danger. In a time of danger, the sins of the people might be revisited, and the fate of the nation might be re-examined to determine whether they deserved a miraculous victory. In such a calculation, Og’s merit might tip the scale.

This concept is very illustrating. By seeing the extent of judgment, we come to understand the greatness of man. We recognize how significant our actions are and how great an impact they have on us and on the world.

This is an excerpt from the Shmuz on the Parsha book. All three volumes are available at your local sefarim store, or at www.theShmuz.com. All of the Shmuzin are available FREE of charge, at the theShmuz.com or on the Shmuz app, for Android and Iphone.