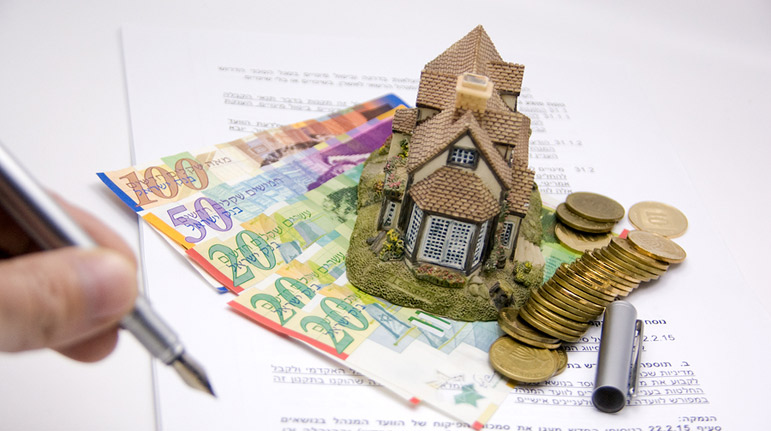 Earning a Living Doesn’t Have To Be Difficult

“And HASHEM said to Moshe and Aharon, ‘Because you did not believe in Me to sanctify Me in the eyes of the children of Israel, therefore, you will not bring this congregation to the land that I have given them.’” — Bamidbar 20:12

The be’er disappeared when Miriam died

For almost forty years while the Jews were traveling in the desert, their source of water was the be’er, a large rock that provided the water they needed to survive. The Jewish nation then consisted of about three million people. They had also taken many animals with them when they went out of Mitzrayim, so they required millions of gallons of water each day. The be’er provided all they needed and more.

When Miriam died, the rock disappeared, and the Klal Yisroel recognized that their survival was in jeopardy. HASHEM told Moshe Rabbeinu to go out into the desert, speak to the rock, and bring the water back. When Moshe and Aharon went to the rock, they spoke to it and received no response. Moshe then assumed that just as it was necessary to hit the rock when the Jews first went out into the desert, so too now. When he hit the rock, it began pouring forth water.

Later, HASHEM told Moshe and Aaron that they had erred. HASHEM told them to speak to the rock, and it was through the power of speech that the miracle was to come about. On some level, they were lacking in their trust in HASHEM, and this caused them to miscalculate. Had they been more complete in their trust, they would have used words alone, and the rock would have provided the water.

Rashi tells us that because of this mistake, the Jewish people lost out on a great lesson. Had Moshe only spoken to the rock, the Jews would have said to themselves, “A rock doesn’t require sustenance, yet it listens to the word of HASHEM; surely, we, who rely on HASHEM for parnassa, must listen to Him.” However, since Moshe hit the rock instead of speaking to it, that lesson was lost.

Rashi seems to be saying that if Moshe had spoken to the rock, the Jewish people would have increased their level of service to HASHEM. They would have realized that their livelihood was dependent upon their doing mitzvahs, and this would have added focus and precision in the way that they fulfilled them.

Reward for mitzvahs isn’t in this world

There are two problems with understanding this Rashi. One is that the Gemara tells us that the reward for mitzvahs is not in this world. While it is true that HASHEM rewards every good a person does, the place of that reward is in the World to Come. In fact, it is considered a curse to use up your payment in this world – something that is reserved for wicked people. So it doesn’t seem to be correct that their livelihood was dependent upon listening to HASHEM.

The second problem with this Rashi is that any motivational system must be tailored to fit the audience. The people of this generation received the Torah on Har Sinai. They spent almost forty years surrounded by the Clouds of Glory, completely immersed in Torah study, and sustained by the mon. They were on the highest madreigah of any generation in history. So even if their parnassa was dependent upon their listening, how would they be motivated by something so mundane as earning their daily bread?

Obstacles that prevent us from serving HASHEM

The answer to this question is based on understanding the Rambam (in Hilchos Tshuvah, Perek 9). He explains that even though we don’t receive reward for doing mitzvahs in this world, if a person keeps the Torah properly, then HASHEM will remove all of the obstacles that normally prevent a person from keeping the mitzvahs. Sickness, war, poverty, and hunger prevent a person from learning or fulfilling the mitzvahs. If a person is happy and dedicates himself to keeping the Torah, HASHEM will shower him with all of the requirements to better serve Him, including peace, tranquility, well-being, sustenance, and all else that a person needs to follow the Torah.

The Rambam is telling us that since HASHEM created the world in order to have man follow the Torah, when a person uses the world properly, then HASHEM allows him to have his needs met in this world without strain. This will help him better serve HASHEM.

HASHEM was telling Moshe and Aharon that this lesson would have greatly affected the generation of the desert, but it was lost. Had the people seen the rock obeying HASHEM’s command, they would have been moved to a powerful realization: “The rock doesn’t have needs, yet it listens to HASHEM. How much more so should we, who have so many needs? HASHEM has promised that if we follow in his ways, He will remove all obstacles from our path. But if we don’t listen. . .”

That was a lesson that would have affected even this generation because their very survival depended on it. While people may have many lofty motives, one of our strongest drives is self-preservation. Had that generation come to a more clear recognition that their existence was dependent upon keeping the Torah, it would have changed even their appreciation — but it was a lesson lost.

The concept that HASHEM takes care of our needs when we use our lives properly can be a great source of motivation. Earning a living isn’t easy. Market economies rise and fall. Entire industries come and go. Careers that are in high demand in one decade are outsourced and sent overseas the next. Financial security in an ever-changing world is fragile at best.

While our main motivation to keep the Torah is that HASHEM commanded us to do it for our benefit in the World to Come, the reality is that we live in this world. We have bills to pay, children to put through school, and many, many financial obligations. Knowing that HASHEM will remove the obstacles standing in our way, as long as we dedicate ourselves to passionately keeping the Torah, can be a great impetus to growth.

This is not to say that life will be a bed of roses. There will still be nisyonos, life tests and different settings that we need for various reasons. However, the basic starting position is that HASHEM will take care of my needs so that I can better serve Him. That understanding can aid us to focus on our true purpose in this world and allow us a much greater degree of success in all of our endeavors.