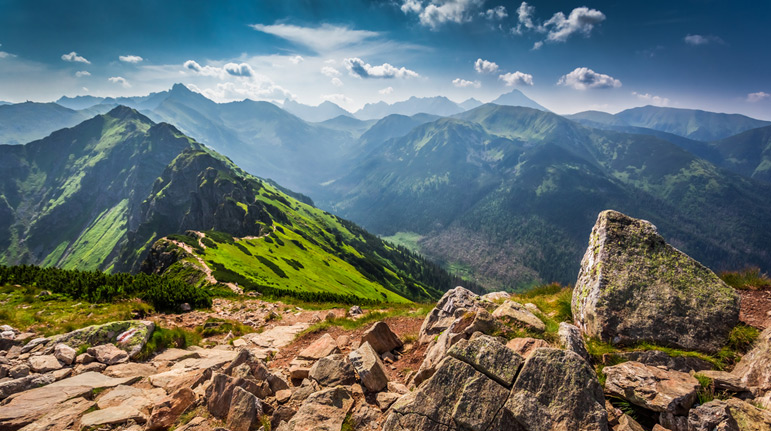 Greatness of the Avos

“And Sarah died in Kiryas Arbah, which is Chevron, in the land of Cannan, and Avrohom came to mourn for Sarah and to cry for her.” — Bereishis 23:2

Every word in the Torah is exact and every nuance measured. Therefore, Rashi is bothered that the Torah places the burial of Sarah next to the Akeidah. There doesn’t seem to be any connection between the two events. Rashi answers that the Torah is teaching us that it was through the Akeidah that Sarah died.

The Medrash tells us that after the Akeidah, the Soton came to Sarah and said, “Did you hear?”

“Oh… well… you see, Avrohom took Yitzchak with him to Yerushalayim to the very place where the Bais HaMikdash will be built. He built an altar right where the Mizbeach will one day be. He tied Yitzchak up, hands behind his back, and put him on that altar. Then Avrohom prepared the wood and everything else needed to bring a korbon. He took a long knife, held it over Yitzchaks neck, moved his hand down…”

Before the Soton could continue, Sarah’s nishomah left her and she died.

The Taz on this Rashi explains that when Sarah heard the words of the Soton, she imagined the pain and terror that Yitzchak must have felt at that moment. It was too much for her to bear, and that caused her death.

This Rashi is quite difficult to understand. Sarah Imeinu was a strong, emotionally stable woman. In fact, she was a like a rock. She had unshakable bitachon, having lived through many trials and travails. More than that, while all the Imahos matured at a very young age, Sarah was 127 years old at this point, not a flighty teenager. It seems difficult to understand how she could die from feeling the pain of her son. But even more, her son was not a toddler. At the time of the Akeidah, Yitzchak was 37 years old. He was a fully grown man. How is it possible that this news caused her so much pain that she literally died from it?

This question can best be answered by understanding the dynamics of the human personality.

In the wild, a mother cougar will risk its life to save its young. A mother bear becomes ferocious and almost uncontrollable when her cubs are threatened. In many species, we see a powerful maternal instinct to protect offspring, and this lasts till the young are about two years old. Then something strange happens. The same mother, who would risk life and limb for her litter, will turn against the now-grown cub and force it out of the group. The cub is no longer recognized as something to protect, but as a competitor to be shunned and chased out. The motherly instinct served its purpose. When it is no longer needed, it shuts off like a water spigot.

We see an eerie parallel in the world of man. If you go to your local hospital and look in at the new fathers in the nursery, you will witness very tender scenes. When Frank, the UPS driver, picks up Frank Jr. for the first time, there is a look of love and devotion in his eyes. You can almost hear him planning out their future. “Me and Frank Jr… we are going to be tight. We are going to play ball together, go to hockey games together. It’s going to be great.”

And it is, for a while. . . but then Frank Jr. hits the teenage years and it is no longer so beautiful. In fact, they are no longer speaking to each other. No longer does Frank dream about spending time with his child, no longer does he yearn for that relationship. It might be the farthest thing from his mind. What happened?

A father feels the pain of his son

The Chovos Ha’Levovos tells us that HASHEM implanted into the human heart all of the instincts needed for survival of man. One of these is the parental instinct. The father didn’t ask for this sensation, nor does he control it, but he feels the pain of his child. In fact, if the son is cut, the father feels it as if it his own flesh that is being cut. This is an instinct that HASHEM put into parents to give them the drive to care for and protect their young. However, that attachment doesn’t last forever. As the child matures and becomes his own person, the parent still loves the child, but there is a change in the relationship.

This instinct is much like the sulfur on a kitchen match. When you strike it against the phosphorous on the matchbox, it will ignite into flame. It gets very hot, very quickly. It flares up for a second or two, long enough to light the wood of the match. However, that flame wasn’t designed to last. If the match is wet, the flame will soon flicker and die. It was only created to be a catalyst to start the fire, not to keep it going.

The instincts that HASHEM put into man will cause him to care for his offspring when they are young and in need of great attention, but that sense soon fades. If the person is a giving, caring individual, that initial burst will be enough to be the catalyst to real attachment, and the bonding will continue and deepen as the flame of love grows. If the wood is wet or rotten, the flame will weaken and go out.

This seems to be the answer to the question. The heart of the tzaddik is pure and is filled with love and affection. Sarah worked on herself to such an extent that she was completely other-centered. Her whole existence was focused on helping others, taking care of their needs, and doing for them. When she had her own child, the natural maternal instinct flared and caused a bond and attachment to her child that was unbreakable. But that sense didn’t fade as the years passed. Because her heart was so pure, it increased and became more powerful so that she and Yitzchak were as one. It was to such an extent that when she heard the news that her precious child was in pain, the thought was too much for her to bear, and she literally died.

This concept has powerful ramifications in our own lives. For parents to become true advocates, protectors, guides, and mentors to their children, they must foster this bond and allow it to grow up with their child. The instinct will only take them so far. After a point, it is their own dedication and devotion that takes over and creates the true bond. While we will never reach the level of the Avos, they remain for us guiding lights to show us the dynamics of the human personality and the heights that a human can aspire to.