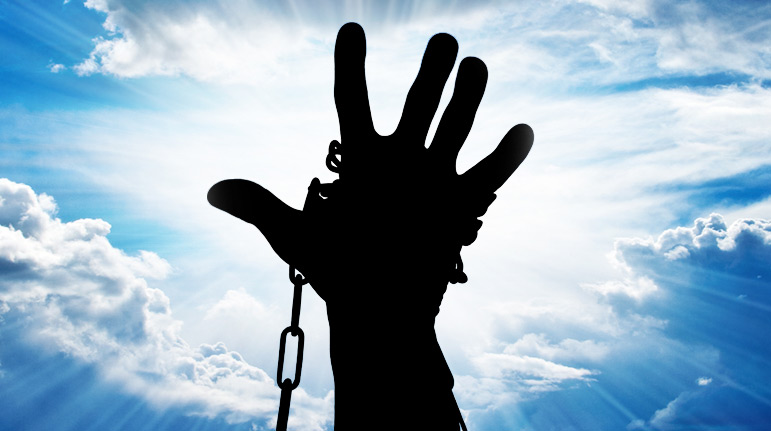 A Slave to Fashion

“The Children of Israel did according to the word of Moshe; they requested from the Egyptian silver vessels, gold vessels, and garments.” — Shemos 12:35

HASHEM promised Avraham that his children would be slaves in Mitzrayim, yet they would be redeemed and would leave with great wealth. And so, when it was time to leave Mitzrayim, HASHEM told Moshe to tell the Jews to borrow the silver and gold vessels of their Egyptian neighbors.

Interestingly, the Torah records that the Jews borrowed the silver vessels, gold vessels, and garments. Rashi explains that the order is progressive. To the Jews leaving Egypt, even more valuable than the silver and gold were the garments of the Egyptians. Therefore, while they weren’t commanded to ask for the garments, they did this on their own.

This Rashi is difficult to understand. These were highly intelligent people. They knew that HASHEM was fulfilling a promise made long ago. They knew they were to leave with great wealth, and they also knew the value of the objects involved. A shirt, a cloak, or whatever article of clothing is of limited value. With gold and silver vessels, they could buy whole wardrobes of such clothing. How is it possible that the clothing was more valuable to them than gold or silver?

The answer to this may be understood with an observation.

If you look at your parents’ wedding album, you might find yourself wondering, “What were they thinking? The wild colors. The wide lapels. The strange haircuts. Didn’t they realize that people would look at them and laugh?”

Of course, the answer is that in those times, that look was “in.” That was the style. It was the way that fashionable men and women dressed. And the more fashionable they were then, the stranger they look now. Whether bell-bottom pants, wide lapels, huge bows on the back of women’s dresses or rollers in their hair, each generation has a specific look that it considers appealing, and the vast majority of people kowtow to the demands of dressing fashionably as dictated by social pressure. It’s later on when the fashions have again changed that we look back and recognize how preposterous that old style was.

This seems to be the answer to this Rashi. The people leaving Mitzrayim were born into slavery. They were brought up in a world where the Egyptians were their rulers and masters. They viewed the Mitzrim as a superior class. And so, the clothing that their masters wore was that of the upper crust, something they couldn’t even dream of owning. When the Jews were given the opportunity to take whatever they wanted, the most valuable thing to them was the clothing. Naturally, they understood that the wealth they were taking out could buy them many rooms full of such clothing, but nevertheless, they still desired those garments because in their world, this was coveted.

This concept is very applicable to us. In the 1960’s, Western civilization underwent a cultural revolution. Norms and standards that had been accepted for generations were thrown away. The cry of the day was, “Do you own thing. If it feels good, do it. Throw away your inhibitions.” Established guidelines of conduct crumbled. Gone was decency. Gone was chastity. Gone was a sense of propriety and dignity.

We now live in the aftermath of that upheaval. Some of the collateral damage is an over fifty percent divorce rate, which makes the concept of children being raised in a stable home a relic of the past. And while as Jews we are somewhat apart from this, we are affected. One of the manifestations is the way that our young people dress.

One of the most basic concepts that our yeshivahs teach is that the Jewish woman is a “daughter of the King.” Regal in appearance, bearing, and manner, she is not ordinary or common. She is a princess. And as a princess, she isn’t loud or showy in appearance. Our daughters aren’t showgirls or objects to be ogled. And so, naturally, their clothing, while attractive, should be modest and flattering as befitting royalty.

Yet, when we look at the picture of today’s weddings or bar mitzvahs, it’s not quite what we see. Seductive and suggestive is more like it, calling attention to the figure in a manner that asks that the wearer be viewed not as a person worthy of honor, but as an object of desire.

Naturally, this is the way of the times, and it seems to be normal — after all, isn’t everyone dressing that way? The real question is what future generations will say. “Oh, my goodness, look at Bubby! I can’t believe it! Wasn’t she embarrassed to go out in public like that? And Zaidy didn’t say anything? I mean, I hate to say it, but she looks like… I mean… ummmm…”

The sad reality is that we have become slaves to the whims and fancies of people who do not share our understanding of the holiness of the individual, nor the greatness of the human. Our “fashion gods” who sit in Paris and London dictate their edicts upon us.

Throw out all of last year’s clothing — that’s passé, unacceptable, no longer in. Pointy shoes? Unforgivable. Wedged toes are the latest thing. Banish thy colored clothing and adorn thyself only in black. Modesty? Please. That’s so old school. Get with the times. And like despots of old, the designers sit in the fashion cathedrals of Sixth Avenue and decree style — and we dutifully follow.

But what can we do? How can we educate the next generation? We need to focus on dignity and self-worth. While clothing may not define the person, if you dress like a plumber, people expect you to change pipes. And if you value your dignity and self–worth, you dress appropriately.

We are an exalted and holy people. We are expected to be a chosen nation, respected amongst the nations. And as such we aren’t slave to any man, notion or fashion — we serve only one G-d. We need to recognize our role in the world and dress the part.