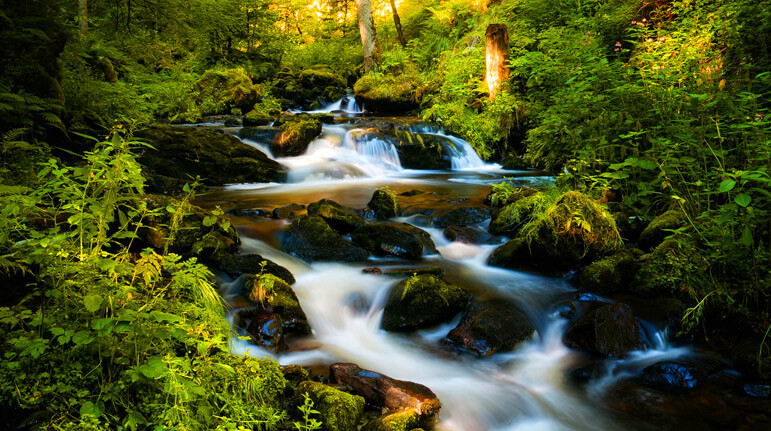 The Merit of Trusting HASHEM

And HASHEM said to Moshe, “Why shout at Me? Speak to the Jewish People and they should cross. Shemos 14:15

After months of witnessing the hand of HASHEM, the entire Jewish nation — three million strong — marched out from slavery to freedom with flourish and fanfare.

Escorted by clouds of glory, walking through a desert made smooth by overt miracles, they travelled as one. It seemed that the troubles of the Jewish people were finally behind them, and they were being escorted to their final redemption . . . until the clouds directed them to a dead end – the sea. Stopping there, the Jewish people looked up and saw Mitzraim chasing after them. With nowhere to turn, they waited while Moshe called out to HASHEM. HASHEM answered back, “Moshe, why do you cry out to Me? Speak to the Jewish people and let them travel.” At that point, the entire nation crossed the Yam Suf.

Rashi is bothered by the expression that HASHEM used: “the Jews need only travel.” What did HASHEM mean by that? How could they travel when an entire sea was in the way? Rashi explains that HASHEM was saying there is nothing that will stop the Klal Yisroel because they are worthy of the greatest miracles ever known to man. Rashi then enumerates the reasons that they are so worthy. 1. The merit of the Avos. 2. Their own merit. 3. The merit of the trust that they had in HASHEM at that moment.
How is trusting in HASHEM a merit equal to the Avos?

The difficulty with this Rashi is that he lists all three reasons in same breath as if they are equal, and clearly they aren’t. The first two, the merit of the Avos and the Jews’ own merit, refer to overall perfection across the gamut of human activity. The Avos were living, breathing Sifrei Torah. We learn from their every action and thought. Their combined merit is hard to imagine. And even the second cause, the merit of the entire Jewish people, was stupendous. While not every member had remained on the highest level, as a nation they had remained loyal to HASHEM. After spending months witnessing HASHEM’s direct involvement in their lives, they had grown to great levels across many different areas: chessed, emunah, ahavas Yisroel, emes… How can we compare one single aspect — their trust in HASHEM — to the merit of the Avos or to the merit of all of their actions put together? It would seem to be dwarfed by comparison. Yet Rashi put these together as if they are all equal reasons that HASHEM would create miracles for the Jewish people.

HASHEM’s involvement in the world

The answer to this question is based on understanding HASHEM’s relationship to this world. The Chovos Ha’Levovos explains that because HASHEM created this world, HASHEM feels a responsibility, if it could be, to sustain it. Much like if I invite you to my home, it is my obligation as host to take care of your needs, so too HASHEM feels almost obliged to support all of His creations. However, there are different levels to HASHEM’s direct involvement in the running of this world, what the sefer Derech Hashem calls “hashgacha klalis” and “hashgacha pratis.”

Hashgacha klalis, or general intervention, refers to HASHEM’s involvement in the “big picture” issues: famine, war, epidemics, natural catastrophes, and maintaining the multitude of systems that allow for life as we know it. It is a given that HASHEM is constantly and permanently involved in the running of this world at that level. However, the specific details and the day-to-day running of the world HASHEM has given over to a host of forces that He created and maintains, but allows to actually carry out the laws that He set. These forces determine much of the outcomes that befall humanity.

Hashgacha Pratis, or personal intervention, is very different. This refers to HASHEM’s personal involvement in a nation’s or a person’s life. It includes HASHEM actually supervising directly, watching over and taking care of the needs of those individuals.

General intervention is a given; it is something that HASHEM assures to all of creation as a birthright. Personal intervention is quite different; it must be earned. By dint of being the children of the Avos, the Jewish nation merits personal intervention — provided they keep certain conditions. One of these is that they must recognize Who runs the world. In this regard, it functions on a continuum. The more a person trusts in HASHEM, the more, if it could be, HASHEM feels an obligation to take care of that person, and the more HASHEM will be directly involved in that person’s life. It is almost as if HASHEM says, “How can I not take care of him, he relies on Me, he trusts in Me.

This seems to be the answer as to why the “merit of their belief in HASHEM” was so pivotal at Krias Yam Suf. In terms of the objective weight, there is no comparison between the merits of the Avos and their current trust in HASHEM, but trust in HASHEM operates on a different level. It alone can be the reason that HASHEM will save a people. It was almost like HASHEM was saying, “How can I not take care of them? They trust in Me. They rely on Me. I have to save them.” And that trust alone was reason enough to split the sea.

The reward for Trust – HASHEM takes care of us

This is a powerful lesson to us in the effect of trusting in HASHEM. While we are obligated to act in the ways of this world, we are equally obligated to trust in HASHEM. We have to go out and do our part, follow the laws of nature, knowing all the while that exactly that which HASHEM has decreed will come about — no more, no less, no sooner, no later.

However, the amount of our trust in HASHEM will directly affect how much HASHEM will intercede on our behalf, and this may have a huge difference in many situations. For example, there may be times when we don’t warrant receiving that which we need. Whether it’s health, success, or sustenance, it may well be that according to the letter of the law, we don’t special assistance, and certainly not the right to ask HASHEM to intervene on our behalf. In that situation, it may be our trust in HASHEM alone that will bring us HASHEM’s help. When we rely on HASHEM and trust in Him, HASHEM, if it could be, thereby feels almost obligated to take care of us.
Trust in HASHEM is the basis of our belief system. It is also one of the most comforting thoughts that a human can come to. And it is also one of the most effective ways for us to secure HASHEM’s direct involvement in our lives — even in a manner that we might not otherwise deserve.