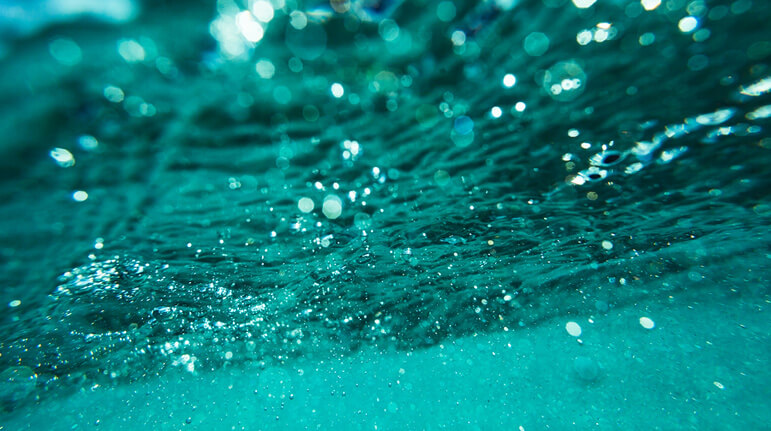 Water is essential for life.  The human body is comprised of 65 percent water.  Water’s needed for crop growth, for animals to exist — life on the planet can only exist as long as we have fresh water available.

The Earth, of course, if covered by 70 percent water so you’d assume that water wouldn’t be a shortage and it would never be an issue.  However, 97 percent of that water is contained in the oceans and is not usable by man, nor by animal, nor by crops.  The other two percent of the water on the Earth is contained within the frozen tundra — the frozen global caps — and is also not usable.  Only one percent of the water on Earth is actually available to man, to animals, to vegetation.  That’s in the lakes, the streams, and the wells around the world.

And that should present an obvious problem because if you own a farm right next to a lake, you could get water from the lake.  If you happen to be near a stream, it’s fine.  But the vast majority of the globe doesn’t have a lake next to it, doesn’t have a stream next to it, and how in the world are you going to transport  water from these lakes all the way to Minnesota to the middle of a land locked area?  How are you going to possibly provide enough water for the Earth’s needs?

Well, it happens to be that water is unusual in the sense that it can exist in three separate states — as a solid, as a liquid, as a gas.  When it’s very cold, below freezing, it’s ice.  When it’s sort of in the mid-range, room temperature up and down, it’s liquid.  And when it gets heated above a certain point it becomes a gas.  And that provides a very interesting feature for our world.  You see, all day long the sun beats down on the oceans causing evaporation.  The waters slowly turn into vapor.  Those vapors rise and rise and rise and eventually as they go higher they cool and they form clouds way up in the sky.  And what clouds are, is water.

So you may say, well, very good.  We have water up in the sky and that’s wonderful but how’s that helping Bob in Minnesota to feed his crops?  Well, the answer is there are also in the world some things called winds.  These winds that blow across the globe carry the clouds to where they’re supposed to go.  But you see, it’s only because the cloud has a very particular density.  If it was spread out too far it wouldn’t cause enough wind resistance.  If it was too dense it would rain right there.

It happens to be that the clouds are spread out far enough to be just floating there, yet substantial enough to cause very real wind resistance so that when the winds hit it the clouds move way faster than the air surrounding it and those clouds are blown from the Pacific, from the Atlantic — across the globe to where they need to be.  Now obviously a cloud is wonderful and it has lots of water contained within it.  It may contain up to 20 tons of water but again, it’s not helping our farmer in the Midwest.

Well, it happens to be that there are mountain ranges at different points in the globe and as these clouds pass over the mountain range they’re brought to a higher level.  As you go further away from the Earth it becomes cooler and eventually these clouds with other factors coming into play, they begin condensing.  The water becomes more and more condense until it actually forms raindrops and it falls from the sky because it’s too heavy.  But again, it just so happens to be that the clouds are spread across very great expanses when they fall.  In a typical summer storm, 125 million gallons of water can fall in a 20-minute span.  But because the clouds are so vast and so far apart, when it rains it gently drops down on the farms and provides the water.

But here’s the problem.  That water came from the ocean.  The ocean water isn’t drinkable.  It’s filled with minerals.  How do we get fresh, clean water?  So another interesting feature happens and that is when the sun beats down on the oceans the vapor begins rising and it causes a distillation process meaning it’s only the pure water that rises up.  The heavy minerals remain down there and the water’s perfectly distilled so that when the vapor rises and forms in the clouds it’s perfectly crystal clear water so that when it’s swept across hundreds of thousands of miles and then when it goes up the mountain ranges, gets cooled, and then rains it’s crystal clear water.

A very wondrous distillation process, transportation process, and delivery system running.  Clearly a great, wise, and capable creator put this into existence and maintains it to this very day.