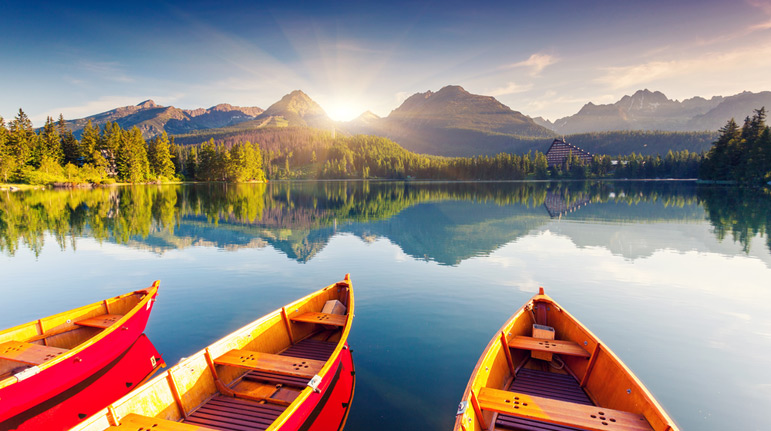 Three simple questions that will lead you on the path to G-d.

Imagine you are standing in an orchard filled with orange trees in full blossom. The branches are heavy with ripe, succulent oranges stretching out as far as the eye can see. The grower explains that a mere ten years ago, it was a barren field. Over time, he planted the rows and rows of seeds, which grew into all those orange trees.

Let’s think about this for a moment. Each mature orange tree began as a small white seed planted in the ground. That seed weighed a mere fraction of an ounce. But an orange tree weighs thousands of pounds.

If you are tempted to say that it must have come from the ground, I’m afraid you’d be wrong. If you were to take a large steel vat, fill it with five hundred pounds of soil, plant an orange seed in that soil, and come back ten years later, you would find a fully formed orange tree weighing thousands of pounds, with the same five hundred pounds of soil remaining in the vat. The stuff that makes up the tree doesn’t come from the ground at all.

It is created through photosynthesis. The leaves absorb the sunlight, mix in some carbon dioxide and water, and synthesize the various materials. Synthesis, of course, is the operating word. It’s the process by which existing elements are manufactured into something new—something not there before. The chlorophyll in the leaves form the chemicals and compounds, and puts them together in perfect order. From thin air, it creates the bark, the wood, and the specialized plant cells needed to transfer water from the roots to the leaves. Interesting. If you owned a factory that could create stuff out of nothing, you’d be doing pretty well.

But it gets more interesting when we look at the orange itself.

When you bite into an orange, you get that sort of sweet, sort of tangy, citrusy taste. Here is question number two to ask your local atheist: Where did the taste of the orange come from?

Everything about the orange began from that little seed. But when you bite into that pit, it’s bitter. The water that feeds the tree is tasteless. The ground that the tree grows in is also tasteless. So if the pit is bitter, and the water and ground are tasteless, where does the sweetness in the orange come from?

The answer, again, is photosynthesis. The chlorophyll in the leaves turns them into photoreceptors that capture the energy in the sunlight and create carbohydrates. These carbohydrates are then synthesized (there’s that word again—creating something new) into the sugars, the tang and flavors needed to form the sweet citrus mix. Pretty impressive stuff for a leaf, no? Have you ever given an IQ test to a leaf? “Uh, excuse me, can you tell me the PH level of orange juice, and who is currently the President of the United States?”

(Please note: there are no little elves inside the tree telling it how to mix the formula. “A bit more sugar, not so much tang. Hey, go easy on the pulp there.”)

But things get even more bewildering when we look at the orange itself. You see, the orange is a distinct color—orange. And this brings us to question number three. The pit is white. The water is colorless. The ground is brown. Where did the orange color come from? If you dig down as far as China, you won’t find orange coloring in the ground. So where did it come from?

You guessed it—photosynthesis. The leaves process some of the sucrose they create into the coloring needed for the skin. Not red—that’s the color of apples. Not green—that’s for pears. Not purple—that’s for plums. Orange.

Now, quick: which colors combine to make orange? What percentage red? How much yellow? What is the chemical composition of pigment?

(Please note: only the outside skin of an orange is colored. That part is visible and creates the eye appeal, so color there serves a purpose. But the inside of the skin doesn’t make the fruit more attractive; it would be useless to color it. And so it is white.)

Now, don’t get all excited here. Don’t go invoking words like astonishing, amazing, stupendous… Just remember: it’s nature, plain and simple. There was a lucky role of the cosmic dice, and a hundred billion galaxies, each containing a hundred billion stars, came into being—just like that.

And each of those stars churn out unfathomable amounts of energy. Our own sun (a smallish star) transmits so much energy that despite it being over ninety million miles away, it heats our planet and warms our oceans. And even though only two billionth of a percent of its energy ever reaches here, it fuels all of life and growth on earth. And, of course, it does all this through that lucky process called photosynthesis.

And for this to function there has to be a whole host of other processes in place. The laws of organic chemistry and biophysics. The rules governing light properties and its conversion into energy. Hosts and hosts of complex systems all interwoven and all being executed flawlessly time after time, in all locations throughout the cosmos.

What a thinking person understands is that nature is the greatest indicator of the Creator, and it is the firmest proof to His existence.