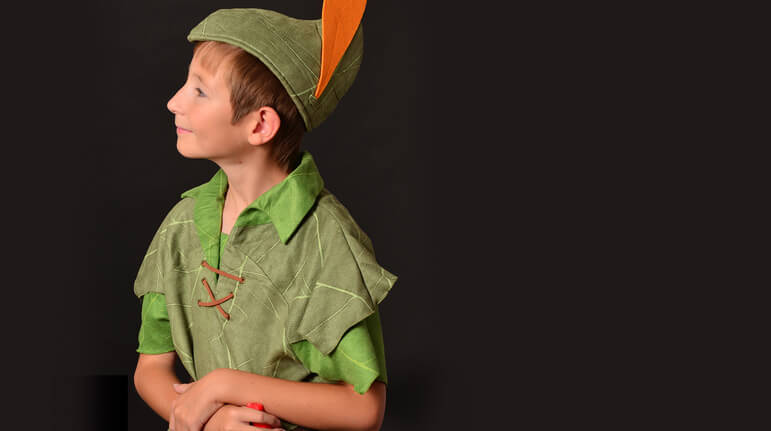 The World of Peter Pan

Why is it that we map out each detail of our lives, with unerring precision… and don’t give a passing thought as to what will happen when we die?

One of the results of Hashem putting our holy nishamah (soul) into a corporeal body is that we are unable to see certain realities. We may be aware of them, but we can’t feel them. One of these is our mortality. We have great difficulty seeing ourselves dying. It’s not that we don’t want to think about death or that the thought makes us uncomfortable. It’s much more basic — we just don’t intend to die. In our operating mode of thought, it’s just not going to happen. Of course, we know that it will occur, but it doesn’t enter into our thinking. Intellectually we know it, but emotionally it remains in some far off place, and we certainly don’t live life as if it will ever end.

For example: as a rule, mature people are responsible. They put away money for retirement. They buy life insurance — just in case. They set up annuities for the grandchildren — who aren’t even born yet. Everything in life is all planned for. Everything all arranged. Yet somehow, there is one small detail that gets overlooked: what happens after they die?

If dying were a serious possibility, wouldn’t you spend time thinking about it? You planned your career. You carefully picked a neighborhood for your family to live in. You were highly selective in choosing schools for your children. When you were sick, you didn’t say, “We’ll just see what happens.” Every part of life was worked out — no stone was left unturned. It’s only this one little area you forgot to deal with: the purpose of life and what happens to me when it’s over.

The reason we don’t think about this is that we don’t see ourselves ever dying. Of course, on one level we know it. After all, how many people do you know who shook hands with George Washington? How many people can say they met Abraham Lincoln? I may even be able to quote the annual death rate of people in my age bracket by region, but that remains in theory. In the emotional realm, in my real mode of functioning, it will never happen. And we just go on without a care in the world.

This blindness has a real cost. Before a person can think about living with a purpose, he must understand life. And until death becomes real to him, his life remains a never-ending Disney adventure — the world of Peter Pan, where the current situation will last forever, and nothing bad will ever happen. Most of humanity spend their existence in this fantasy world. And much like Peter Pan, in their heart of hearts, each person feels, “I won’t grow old. Not I. I will always be young and healthy, and of course, I will never die.” And so, like children, they spend their time playing with things. Big toys, little toys, trinkets and playthings, castles and moats, bridges and boats, medals of honor and badges of prestige, and of course money, money and some more money. Oh, so luscious and green and crumply. Oh, how happy it makes me!

And while it’s true that in this dream world life is cheap and meaningless, it sure is fun! Live it up! You only get one shot at this thing called life — you might as well enjoy it now. Let’s party! And the carnival goes on and on and on. Until, they get sick, or old, or infirm or bored, and everything comes to a crashing halt. The party ends. And then the questions begin. Many questions. Real questions. Of course, in their fantasy lives, they were too busy to ask questions. But now, the questions appear. Questions on God. Questions on suffering. Questions that need answers. Questions that have no answers because they are based on a world of make-believe that misconstrues the very reason behind existence.

Amazingly, up until that point, not only weren’t there questions, there wasn’t even the realization that the celebration would one day end.

This phenomenon isn’t simply a quirk in human behavior. It is critical to the master plan of Creation. If I could think about my death in a real manner, it would radically change my life. I would be forced to deal with those issues that I currently ignore: Why did Hashem create me? What is it that I am supposed to accomplish with my life? These questions would loom so large in front of me that I would have to seek out answers. Those answers would compel me to change.

I wouldn’t be able to live in the slumber that I do now. I could no longer spend my time on frivolous pursuits. My nishamah (soul) would scream out, “Do something! Accomplish! How can you waste your life like that?”

Even the body’s appetites and desires wouldn’t be able to pull me, as I would recognize that following them damages me. I would view temptations as I do any physical danger. Just as it’s obvious that no matter how thirsty I am, I wouldn’t drink bleach, so, too, no amount of passion could seduce me to do things that I recognize as self-destructive. And I would ignore the body’s foolish demands.

In short, I would live a focused, directed existence, and I would function on a lofty level and achieve great things. But it wouldn’t be by choice. I would be forced into it. And that isn’t free will. To allow for practical free will, both sides have to be equally viable. Living a life of purpose has to be as easy as losing one’s way. Thinking has to be effortless as going to “sleep” — getting so caught up in the process of living that I never deal with the most basic of all issues.

Because of this, no matter how obvious it is to others, his end will be hidden from him. Whether he has an IQ of 180 or the intelligence of a gnat, it will be difficult for him to see his death. And that is the critical distinction: difficult but not impossible. Man isn’t forced to succeed, but success is within his reach. He can go either way. It is in his capacity to just float, never giving more than a passing thought to why he exists, or he can live with meaning and intention and craft a significant life.