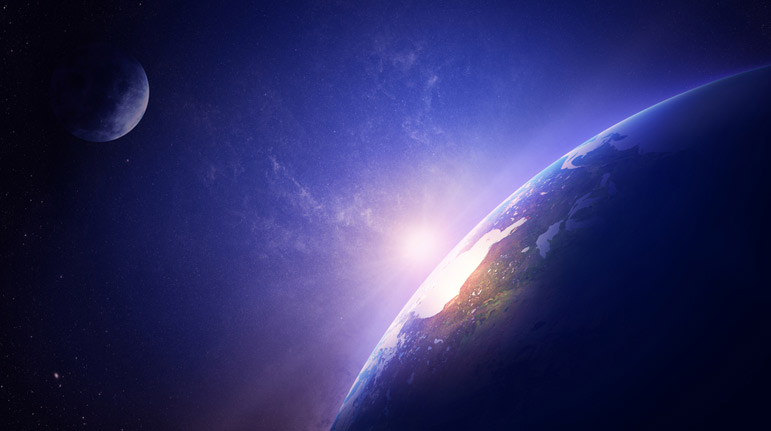 The abundance of Goodness

There is so much depth, beauty and goodness in the world- it seems like G-d wants us to be happy.

When my daughter was six years old and we were discussing Bereishis (Creation), there was one issue that she couldn’t come to terms with.  “Abba,” she said to me. “I understand that before Hashem created the world there was nothing, not even light and dark, but what color was it?”

The difficulty she was having was that we are so used to the world as it is that the concept of before Creation is difficult for us to fathom. The idea of the absence of anything — before there was a world, before there was even matter, space, or any substance to hold it in — is very difficult for us corporeal beings to comprehend. We keep falling back to our way of viewing things in a physical setting, and absolute void has no place in our world.

But let’s try for a moment to envision a vast empty nothingness. There is no space, no matter. There isn’t even time because time only exists in a physical world. And Creation begins. Out of nothing — because there is nothing. From nowhere — because there is no place. At this absolute first moment in time, Hashem brings forth matter, the very building blocks of Creation. Then come darkness and light, not even separated, but intermingled — a patch of light here, a flash of darkness there. Next come the heavens and the earth, then the planets and the stars, the fish in the sea, the birds in the sky, and all of the animals of the earth. And on the final day, at almost the last moment of Creation, comes man.

Every part of Creation had to be thought out. There were no givens. There was no imitating or accepting the status quo because before Creation, there was nothing to imitate or use as a model. Every part and every element of this world had to be planned and designed from scratch. When we take this huge leap of understanding, we will see the abundance of goodness that Hashem has bestowed upon the world.

Let’s start with something basic — color. The world is fantastically rich in color, with so many gradations, shades, and hues.

Color is something that we take for granted. Of course, there is color in the world; it was always there. But Hashem created this thing that we call color, and He put it in the world for a particular reason: so that we should enjoy what we see. The world didn’t have to be this way. If Hashem was only concerned with functionality — creating a world that could be used — black and white would have sufficed. We would still be able to recognize everything, even shadows and depth, within the spectrum of the gray scale. If you remember watching black and white TV, it did a fine job, but it lacked a dimension, and so it wasn’t as enjoyable. Hashem wants us to enjoy this world, and so He created the entity called color.

Look out on a fall day and see the trees in their glory, the seemingly endless array of brilliant reds, oranges, and yellows forming a magnificent tapestry stretching across the mountains. Look out at the sun as it sets and see the full radiant spectrum of an artist’s pallet, painted against a powdery gray backdrop.

If the world was created for practical reasons only, all of the beauty within it wouldn’t have to exist. But Hashem put it all here — from magnificent floral scenes to exotic sea life, from the glory of the night sky to the clear aqua green of the ocean, from a flower in bloom to the plume of a jungle parrot, all of the pomp and ceremony of a sunrise — a world created in Technicolor. Why create it that way? Keep it plain and simple. Why go through all of the effort? The answer is for one reason: so that man should benefit. Hashem did all of this for us so that we should look out at the world and enjoy its beauty.

Color is only one of the pleasures that we enjoy but take for granted. What about food? Food is something that we need to maintain our energy levels and health. If its only function were nutrition and nothing more, then all the foods that we eat should taste like soggy cardboard. Yet they don’t. There are so many different types of foods, each with a unique flavor, texture, and aroma. Why create them that way? Why not make it all taste like oatmeal? Again, for one reason: so that man should enjoy. So that eating, which we have to do, shouldn’t be a chore, but a pleasure. Taste is something that Hashem added solely for our benefit — for our delight.

Focusing on this gives us a hint to the giving, loving kindliness of Hashem. And it shows us how much He wants us to enjoy this world. However, it also brings us to a critical question: do people notice these things? All of these features were designed with us in mind. Do we benefit from them?

It seems that for most people the answer is no, the world doesn’t bring them much enjoyment at all. And this is a rather curious fact. Hashem invested incredible care to bring forth everything that we need to enjoy life — and most people don’t even notice it, let alone appreciate it. But why? Why don’t we benefit from all of these pleasures?

Even more perplexing is that Hashem is very capable. We see from the vastness, complexity and intricate wonder of Creation that Hashem is very effective at doing that which He does. It is clear that Hashem wants man to enjoy this world. Yet when it comes to man actually having pleasure — if it could be — it seems that Hashem failed. How is that possible? What does it mean?

The solution to this dilemma isn’t simply for us to learn to “appreciate what we have.” Rather, it underscores a basic element of the human personality and requires a fundamental understanding of man.