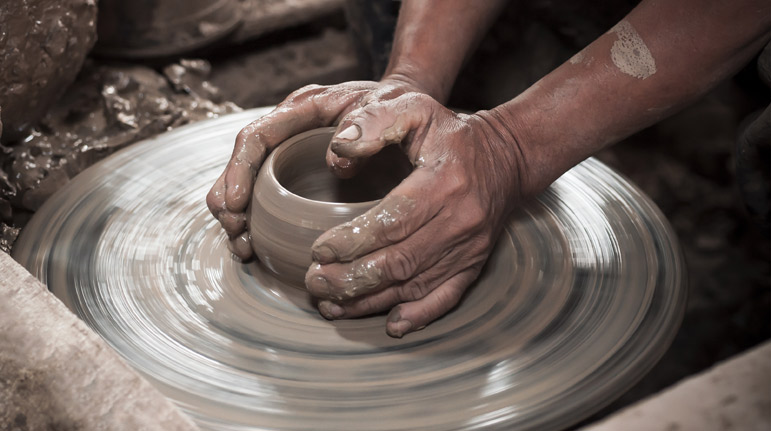 The Rabbis tells us, that one of the Monarchs in the ancient world heard of the Jewish nation being freed from Egypt. Reports reached him telling of the greatness of Moses; he was informed that not only was Moses the individual who led the Jewish nation out of slavery, but that he was also the paradigm of personal perfection. He heard that Moses had reached such heights in compassion, in kindliness, and moral integrity that God chose him to be the one to receive the prophetic word on Mt. Sinai.

Being far away, the king sent one of his artists to bring him back a likeliness of Moses. When the long awaited portrait arrived, the King sent for his wise men to study the painting. Being schooled in the ancient art of determining a person’s nature based on his facial features they were dumbfounded. After studying the portrait of Moses, they told the King, that the picture they were being shown was that of a selfish, egocentric, and mean spirited person. The King was taken aback. He assumed that either his artist must have taken down an inaccurate impression or that his wise men were mistaken. He made up his mind to go and visit Moses and decide for himself.

When he arrived at the encampment of the Jewish People he was greeted with great respect and brought in to see Moses. The King turned to Moses and said “Dear sir, I am perplexed, I sent my emissary to paint a portrait of yourself. My wise men who are students of the human character tell me, that based on your outer features, you have the nature of a wicked person. Tell me is it my artist who has erred or my wise men?”

To which Moses answered, “Both of them are correct. What your wise men perceive is in fact my inner nature. My tendency from birth is to be selfishness, cruel, and arrogant. I have spent my life working on these traits until I have eradicated them from my being.”

The truly amazing part of this incident is we are taught that one of the kindest, most compassionate human beings, who ever existed on the face of this planet was Moses. In the Bible, God Himself says about Moses,

Is there any greater accolade that can be bestowed upon a man? At that time he was the sole leader of a nation of 3,000,000 people. All of whom, regarded him as a man of God. He was the one that an entire people turned to for direction and guidance. And, with all of the honor and glory heaped upon him, he is called by God, “the most humble of all men”.  Yet he revealed in that one statement about himself, that his nature, the tendencies with which he was born were far from greatness.

You see, David, Moses wasn’t born great; he made himself into that great man that he became. He shaped himself to be what he eventually was. He had the same inclinations and tendencies of any human and according to his own admission maybe far worse. The question was what he did with it.

Unfortunately this is a part of the human dynamics that we pay little attention to: The change that our actions have upon us. Life is actually an arena of opportunities, opportunities to do good or bad; but as importantly, opportunities to shape my very nature. Every time I resist a challenge, not only have I won a battle, I have also   strengthened myself, and am now the better for it, ready for the next level of challenge. Ideally if a person were to win all of the battles of life, they would go from level to level in a constant growth pattern, until after a lifetime of work, they would reach the ultimate level of the perfection. That is the purpose of life.

Unfortunately we win some and lose some. When we lose we set ourselves back, we create obstacles for our further growth, and we make it that much harder to win the next battle. When we win, we set the path for future success.

The difficult part is that life is so complicated, and the challenges come in so many different shapes and forms. When I have finally gotten one level down, and now understand the right way to approach a given situation; a new one springs up, one that has no correlation to the old. Each of life’s circumstances is new and unrelated to the one that came before it.

And because when we are speaking about the perfection of man– it cuts across all elements of human behavior and interactions — perfection across the full gamut of the human personality; improving the essence, the nature of the person himself. Starting with character traits: kindliness, compassion, generosity, humility, anger, jealousy, and hatred and encompassing all of the moral issues that a person encounters in life. In each arena the right choice propels me towards growth, and the wrong choice retards my progress. So how can we possibly reach these heights? How can we possibly find our way in the maze of choices, and discover that one golden path that allows us, as individuals, to reach our potential?

For this God gave us a guidebook, to show us the way, a divinely authored work, to be a guide towards spiritual perfection. Our Creator, Who alone understands the true inner workings of the human, gave us a methodology whereby a person can reach spiritual heights. It is the science and the art behind the perfection of the human. And it contains the formulas and techniques for working on and growing in these areas. God gave us the Torah, the written and oral law to be our guiding light in life. If a person follows its ways they grow level after level till they reach great spiritual heights, and in that state live on forever. If they don’t they are often like a raft out at sea, drifting with each passing wind that blows, never reaching home port, because they don’t even know in which direction to sail. The stakes of life are very high; at game is human perfection and eternity. God gave a program to follow, the greatest system for self perfection. It is our charge to study the Torah and learns its ways, then apply it to our lives.