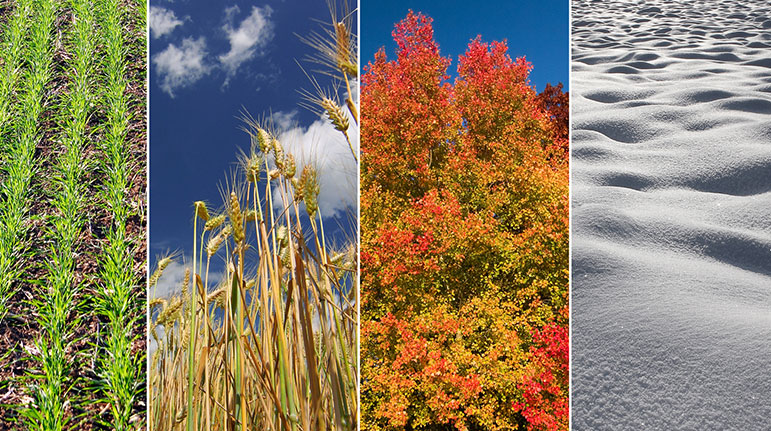 Pesach – The Season of Emunah

“When you enter the Land of Israel, you will enjoy prosperity and abundance. You will build beautiful homes. Your crops and livestock will increase. You will amass gold and silver. And all that you engage in will flourish… If you become arrogant and say, ‘My strength and the might of my hand made this wealth.’”

“And you shall remember that HASHEM, your G-d, is the One who gives you the strength to amass this wealth.” Devarim 8:18

Historically, one of man’s greatest shortcomings has been taking credit for HASHEM’s work. Only too often does a man find success, and in his arrogance, feels that his power and his might created his empire. The Torah warns us, “Remember:” it was HASHEM who brought all this to be.”

In other words, if you take credit for prosperity, remember that HASHEM gave you the counsel that led to it.
The Role of the Targum
This Targum is difficult to understand. The role of Targum is pshat—straightforward meaning. The Torah said, “Remember that HASHEM gave you the strength to make this wealth.” But it is far more than advice that HASHEM gives,. HASHEM created the heavens and the earth. Hashem wrote the laws of physics, chemistry, and biology. HASHEM created and maintains all of physicality — from the constellations down to cellular functions. Why would the Targum so limit the explanation to this one issue of HASHEM giving advice to acquire merchandise?

The answer to this can be best understood with an example.
A Farmer in the Field
Imagine a simple farmer standing in his field, ready for harvest. Looking out, he sees rows and rows of ripe corn standing tall, stretching as far as his eye can see. He feels joy in his heart as he revels in the abundance of his bumper crop. And then he looks out at his neighbor’s field. Meager. Undergrown. Spotty.

The farmer thinks to himself, “Dang fool that boy is. How many times did I tell ‘im – plant corn this year! Not wheat. The rains came late. The frost was still on the ground in April. Any man worth his salt knows wheat wouldn’t grow no good that way. Corn. Corn. Corn! I says to ‘im. If only he’d a listened to me…”

And the farmer can’t help but feel a sense of pride. After all, it was his wisdom that led him to choose corn, not like that fool of a guy next door who planted wheat.

The farmer, as naive as he is, understands that he didn’t bring the rain. It wasn’t his acumen that stopped the pestilence. And it wasn’t he who made the sun shine bright in the sky, providing the warmth and energy the corn needed. Nevertheless, he feels smug because it was he who made the wise decision that brought him to where he is.
The One Area Where They Could Have Taken Credit
This seems to be the answer to the Targum. This was the dor deah, the generation that knew HASHEM. They experienced the splitting of the sea. They lived in the desert surrounded by miracles. They saw HASHEM on a daily basis. And they understood that HASHEM runs the world. As such, they couldn’t possibly take credit for “growing the corn.” They knew that if their flocks increased, it was HASHEM’s blessing. If their crops flourished, it was because HASHEM willed it to be.

The one area for which they could take credit was their wisdom. “It was my decision to purchase gold and not wood. I thought about it and realized that cattle feed would do well. I came to the conclusion that water rights would be valuable.”

The Targum is telling us that this is the only mistake they could have made. Of course, everything is from HASHEM – that was never a question. Yet they still could become arrogant, thinking it was their wisdom that brought their success. The posuk says to them, “Remember: those thoughts were brought to you by HASHEM. The reason you made that choice is because HASHEM guided your thinking.” The Torah is saying: recognize that even ideas are directed by HASHEM.
Seeing HASHEM in Our World
This concept is very relevant to us. As maaminim we recognize that we don’t control market conditions. One worldwide depression and we’re all of out a job. So that isn’t a test for us. The challenge is the area that seems to in our control. The decisions we make, the choices we opt for. Real estate or oil? Treasury bonds or mutual funds? Should I buy short? Should I invest in gold now?

The Torah is teaching us that this too is in HASHEM’s control. He guides our thinking, putting thoughts into our minds that bring us to where we are supposed to be. It is hard to know why sometimes we have a good feeling about a business opportunity, and sometimes we don’t. It is difficult to define why certain people find favor in our eyes, and some don’t. Ask a young man going out why one woman catches his fancy and another doesn’t. Granted some of it is natural attraction, but there is far more going on. Often a more attractive, more presentable girl will not sway him, yet “somehow” the other one did.

One of the ways that HASHEM runs this world is by putting opinions, ideas, and attitudes into our minds. While we are still free to listen or not, we are greatly influenced by that input. Identifying this phenomenon and seeing it in action is part of learning to see HASHEM in our world.

The new Shmuz book: Stop Surviving and Start Living is now in print! “Powerful”, “Thought Provoking”, “Life changing”, is what people are saying about it. Copies are now available in stores, or at www.TheShmuz.com, or by calling 866-613-TORAH (8672).