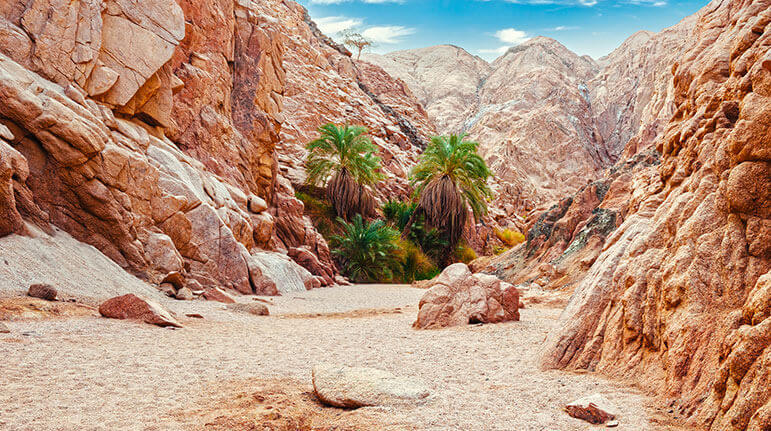 Moshe changed the wording
After months and months of HASHEM showing the Mitzrim that He alone controls every aspect of Creation, Moshe was instructed to warn Pharaoh that if he still wouldn’t let the Jewish people go, then exactly at the stroke of midnight, every firstborn in Mitzrayim would die. Yet when Moshe appeared in front of Pharaoh, he changed the message and said, “If Pharaoh doesn’t free the Jews, then approximately at midnight, every first born will die.”

Rashi is troubled by why Moshe would change HASHEM’s wording. He explains that Moshe was afraid that if he gave an exact time, the Mitzrim would be watching the clock and might miscalculate. Rather than assuming that they were wrong, they would attribute the error to Moshe and assume that he was a liar. To remove this potential pitfall, Moshe changed what HASHEM said and told Pharaoh that at around midnight, the firstborn would begin dying.

How did the Mitzrim tell time?
This Rashi seems quite difficult to understand. In our times, we have precise instruments to measure time; we have clocks, watches, and chronographs. In the ancient world, timepieces were crude. During the day, a sundial might provide some degree of accuracy, give or take a few minutes. But the makkah of b’choros was at night. The way the Mitzrim would tell time at night was by gazing at the stars. They would look up at the stars’ alignments and approximate the time. How accurate could this possibly be? The telescope had yet to be invented; sophisticated mathematics was yet to be discovered. So what right would they have to assume that they were right and Moshe was wrong?

Ten months of being proven right
What makes this even more difficult to understand is that for close to a year, Moshe and Aaron appeared in Pharaoh’s palace, miraculously foretelling what would happen if Pharaoh didn’t allow the Jews out of Mitzrayim. Time after time, events occurred exactly as Moshe predicted. In the precise manner, in the specific time, and with startling exactness, what Moshe said would happen, did happen. So why would the Mitzrim assume that they were correct and Moshe was lying? Wasn’t it much more likely that they were the ones who made the error?

I am never wrong
The answer to this question is based on human nature. We tend to assume that our opinions are correct, regardless of the evidence against us, and irrespective of whom we might be arguing with. While we may not have given much thought to how we arrived at our understanding, once something becomes accepted as our opinion, it becomes very difficult to change.

We are heedless in the forming of our opinions
Moshe was afraid the Mitzrim would calculate the time, and despite the questionable accuracy of their calculations, they would jump to the conclusion that Moshe was wrong – that he was, in fact, a liar who fabricated the entire situation. To prevent this Moshe said, “around midnight.”

The implications of this concept are far-reaching when we take them to their logical conclusion. Let’s assume for a minute that Moshe hadn’t changed the expression. Let’s assume he said that exactly at midnight HASHEM would kill the first born. Moshe was afraid that when the makkah began, the Mitzrim would miscalculate the time and conclude that it began at exactly 11:45 PM. What would that prove? If Moshe was off by a few minutes, therefore what? Everything else he said till then was true. But even more, every firstborn would miraculously have died, exactly as Moshe said they would. What possible conclusion could the Mitzrim reach that would make it worthwhile for Moshe to change the words that HASHEM said to him?

Here again, we see another human tendency. Moshe was afraid that he’d be defrocked and discredited. Once caught in one lie, the assumption would be that nothing he said had any credibility, despite its being proven true time after time. Rather than carefully going back to see that the basis of their opinion was highly speculative, the Mitzrim would assume Moshe was wrong, and they would then create an entire philosophy – despite the overwhelming evidence against it.

This concept has great relevance to us both on the receiving as well as on the giving end. To be effective, truthful people we must recognize our tendency to be biased. When we find ourselves in a disagreement with others, it is difficult to hear their position, regardless of the logic or evidence in their favor. Whether in regards to politics, sports, the economy, or what color tie best matches this suit, we tend to be heedless in the formation of our opinions. Yet when challenged, we become locked in and almost incapable of hearing the other perspective.

“A man convinced against his will is of the same opinion still”
On the other side of the coin, this idea has great impact when it is our goal to convince others. Whether it is a co-worker we wish to influence in issues of religion, or a child in regards to acting responsibly, the more clearly we understand human nature, the more effective we can be.

The operating principle is that arguing will beget the exact opposite reaction that I am seeking. The more directly I confront a belief that you hold, the more you will resist giving it up.

The reason for this is that when I directly challenge something that you think to be true, it is no longer the belief that is under assault – it is you. It is as if I am ripping out a bastion that supports you, and your instinct for self-preservation will come to your defense. At this point, the very idea that you may not have fully believed up till now becomes rooted and grounded in your very being, and you become almost incapable of giving it up. Doing so would be admitting defeat, something we find so distasteful.

The only method to effectively influence others is to recognize the inner makeup of the human, and to then gingerly bring people around to the correct understanding, allowing their sense of self to remain untouched.

The new Shmuz book: Stop Surviving and Start Living is now in print! “Powerful”, “Thought Provoking”, “Life changing”, is what people are saying about it. Copies are now available in stores, or at www.TheShmuz.com, or by calling 866-613-TORAH (8672).